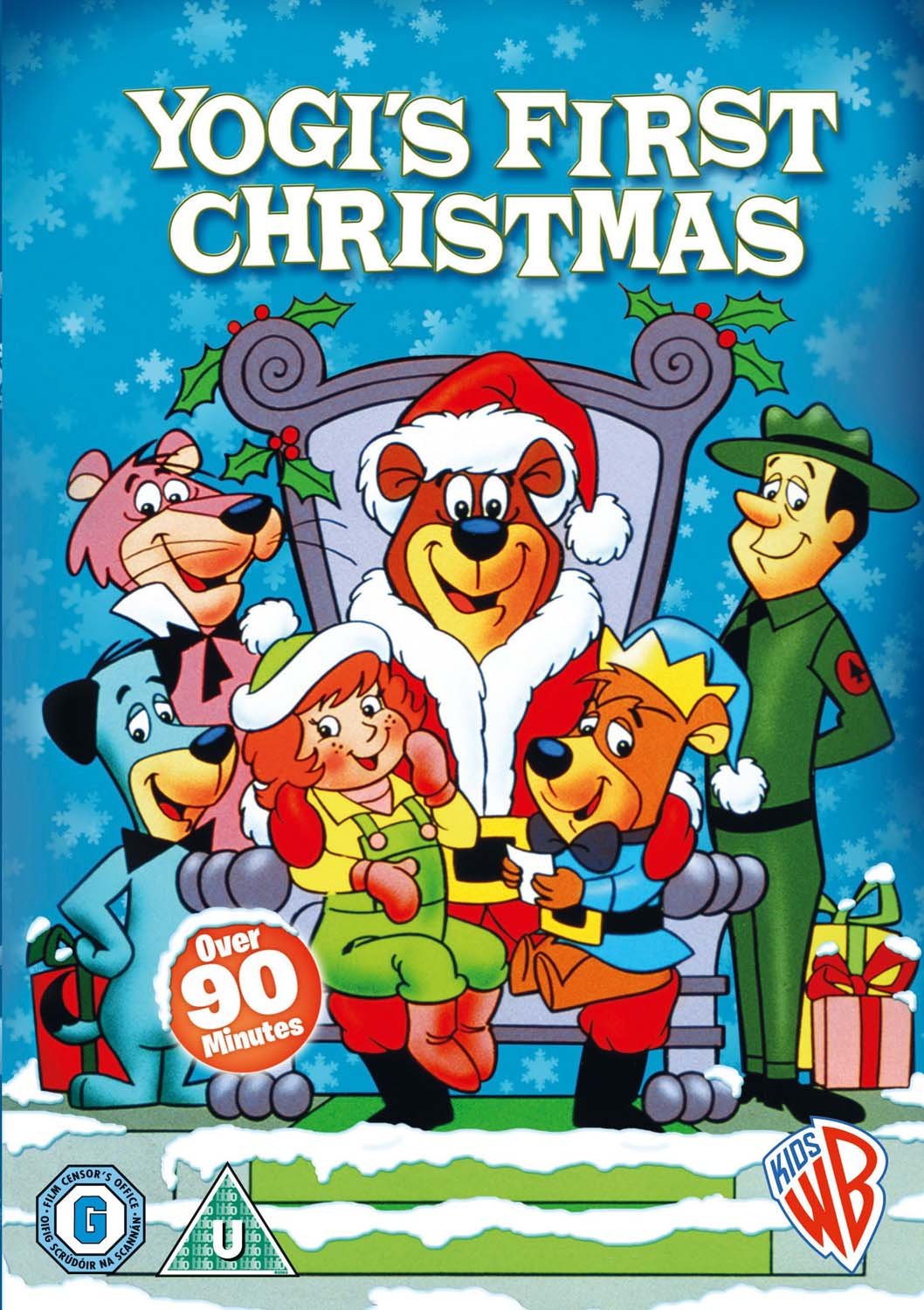 Plot: Yogi bear and Boo-Boo always miss Christmas because they’re hibernating all winter, but this year they awaken just in time to catch some Christmas fun.

Breakdown: You don’t hear a lot of people talk about ol’ Yogi Bear anymore. Last I heard anyone mention him was when that live action Yogi movie came out several years ago and uh….we don’t talk about that either.

Being fair, they did just release that new Jellystone! cartoon. I’ve heard okay things about that, but I haven’t really felt compelled to watch it yet.

I used to really love Yogi Bear. I had a Boo-Boo beanie baby, and, as a child, I spent a few weeks in a Jellystone Park camp and had quite a nice time.

That being said, I can’t remember ever watching this movie as a kid. It’s a nice enough Christmas movie with a lot of heart and some genuinely funny moments. I think its one weak spot, however, is its length. It just can’t justify having a nearly hour and forty minute runtime. It only barely (BEARLY hahaha) has a story, and in order to fill the runtime, they repeat the same shtick over and over.

The plot is that the ranger, Snagglepuss, Huckleberry Hound, Doggie Daddy and Augie are enjoying their Christmas up at the Jellystone lodge, but because of the mysterious and frightening events that plagued the previous Christmas parties, this might be their last Christmas at the lodge. Mrs. Throckmorton, the owner, intends on selling the lodge after this year’s Christmas party, so everyone tries their best to butter her up to change her mind.

Yogi and Boo-Boo are suddenly woken up out of hibernation by the festivities and join the fun, celebrating their first ever Christmas since they usually miss every Christmas while they’re sleeping.

Accompanying Mrs. Throckmorton is her miserable little shit of a nephew, Shively, who despises Christmas. I don’t think I’ve ever seen a kid, especially a spoiled rich kid, just hate Christmas in a classic cartoon. I mean, it’s common for little kids to be obsessed with presents on Christmas, but this kid flatout hates everything about Christmas and wants nothing to do with it, which just makes me wonder why he’s even on this Christmas trip with his aunt.

Shively is a horrible little gremlin to everyone. He’s so terrible that he even attempts murder on more than one occasion. When Doggie Daddy is in the ice fishing shanty, Shively tries to push it into a open spot of water so he’ll drown all because Doggie Daddy caught a bigger fish than he did. Later, he tries to kill Cindy and Boo-Boo by pushing their snowmachine onto a powerful geyser while they’re sleeping. He also unhooks Yogi’s skis from his feet right as he’s about to do a ski jump. The little kid’s a demon.

There’s a second antagonist named Herman the Hermit. He lives on Jellystone Park grounds, somehow (that can’t be legal, can it?) and he also hates Christmas because the ruckus caused by the Christmas party at the lodge bothers him. He’s been playing pranks on the partygoers every year, pretending to be monsters and other supernatural creatures, in an effort to Scooby-Doo them away.

You’d think he’d be the main antagonist, but he mostly takes a backseat to Shively and his bratty shenanigans. Although, they do end up teaming up in the end, they don’t really do much. They go to ridiculous lengths all to steal a box of decorations. There’s a helicopter crash involved.

Although I did find it funny when Shively fell into the frozen lake when Yogi saved Doggie Daddy from being pushed into the open water. Shively ran to his aunt to blame Yogi for it and get him in trouble, Yogi shows up, admits he did it, says he’s not sorry because Shively’s a brat, doesn’t give a reason for doing it and Mrs. Throckmorton is like “Well, thank you, Yogi. Yes, the little brat did deserve it. Maybe this will teach him a lesson.” I agree he needs to be taken down a peg, but that’s pretty cold (pun intended) to act like a little kid deserves to be plunged into a freezing cold lake.

Mrs. Throckmorton is intent on selling the lodge, but, through wacky circumstances, she’s continuously impressed by Yogi as he randomly and accidentally keeps saving her life. To the ranger and lodge manager’s annoyance, Yogi keeps getting promoted with better jobs in the lodge in an effort to kiss up to Mrs. Throckmorton so she won’t sell the lodge. Spoiler alert, she doesn’t sell the lodge. She donates it to an orphanage for use as a vacation spot for them, which is extremely nice, but, like, I’m pretty sure a better option would have been to sell the lodge and just give the money to the orphanage. Orphans need a lot of things, and I’m pretty certain a vacation home isn’t one of them.

Speaking of songs, there are several, and they’re overall quite good, but none are terribly memorable. Sad to say, but I’ll probably forget most of these songs by the end of the week, and it’s Friday.

If you love Yogi and want some Christmasness with him, as well as some other classic Hanna-Barbera characters, this is a good movie to check out. While I stand by my criticism of the runtime (it could easily be 45 minutes) it has many moments that made me smile, and there were even some heartwarming moments in there. I enjoyed it for what it was, and I’m sure many others will too.