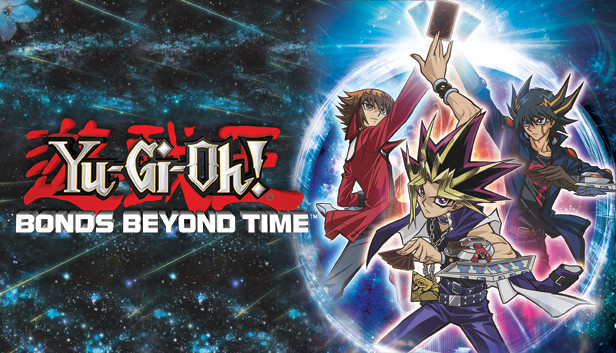 In the quarterly conference call for Q4 2009, taking place on March 24, 2010, Al Kahn told investors that they were in the process of dubbing the recently released Yu-Gi-Oh! 3D movie, Bonds Beyond Time. 4Kids made a really big deal out of the release, which was both fitting because it was a 10th anniversary event and because 4Kids was in dire straits and needed money. They showed a 20 minute preview at the San Diego ComicCon in July of 2010, and had Yu-Gi-Oh! TCG demonstrations, appearances by the voice actors, a cosplay contest, and a benefit for the Make-A-Wish Foundation. A new booster pack featuring a selection of nine limited edition cards for the movie would also be available in stores on February 2011.

The full film would have a limited release in Cinedigm 3D theaters on February 26 and 27 2011, a repeat set of viewings would be available on March 5 and 6. Theatergoers would receive a promotional Malefic Red-Eyes Black Dragon card upon ticket purchase. The American version of the release includes over ten minutes of footage recapping events from the three series in order to ensure everyone in the audience is caught up to follow along.

The movie was basically as edited as anything 4Kids would usually release on TV, including editing the cards to once again not show the description, name etc. instead showing the picture, type and attack/defense points like normal – which was incredibly strange because the last Yu-Gi-Oh! movie, the one that was ordered by 4Kids, left the cards alone – and removing instances of text, which, from the Pokemon movie releases, they tended to not do on movies. These edits also included making an entirely new soundtrack, complete with new sound effects, which is another practice people thought 4Kids more or less stopped with the Pokemon movies, but I guess not.

The movie ended with a message saying “”Duelists, thank you for a decade of dueling…and the best is yet to come.””

Need I remind you that this movie was released in March of 2011….

This movie was also ridiculously short at 50 minutes, made to be 60-65 minutes on the American release. Meaning that the preview that was shown at ComicCon was really, not counting the recap, because I doubt they showed that there, nearly half the movie….

Reception for this movie was……uhm…bad. There were some good things to say about it, like how fun it was to see all three main protagonists of the Yu-Gi-Oh! franchise to date teaming up with each other, that it was intense and the pacing was good…..That was about it. To be fair, people did praise the English version for including the recap because it helped older fans and non-fans go into the movie without being confused. However, the recap seems to be missing from streaming releases, and in the DVD releases the recap was marked as an extra, not part of the actual movie.

Criticisms for the movie ranged from it being too short overall to the final duel being too short to the original Gen (Yugi) not being given enough focus while the most recent Gen, at the time (Yusei), being given too much focus to the animation being mid quality (not really up to snuff for a feature film) to the plot being way too simple and yet still loaded with plot holes that “even kids will see through.” to the villain being a rip-off of either Anubis or Dartz. Overall, it was written off by many as a movie designed purely to sell cards and less of a true celebration of the franchise’s ten year legacy. At best, it was just simple fun that old fans and newer ones could enjoy, but at worst it was a 50 minute long commercial that even fans would have difficulty wanting to watch more than once.

To make matters even worse, 4Kids never released the movie on DVD. I don’t know if they were really able to at the time. *thunderclap* However, in the UK, Manga Entertainment, which had the distribution rights there, released the movie in theaters on May 14 and 21 in stereoscopic theaters, and then they released a DVD and Blu-Ray of the movie on May 30, 2011. The Blu-Ray would include the special promotional Malefic Red-Eyes Black Dragon card that wasn’t included in the UK theater release as it was in America, and the Japanese track with English subtitles. It had actually reached number two on Manga Entertainment’s best selling DVDs of the year, but Manga Entertainment pretty much spit at the success of the title claiming on their Twitter “I think [it was] because it was available in Asda and Morrisons, came with a free rare card and was stupidly cheap on [the] shelf.”

It wouldn’t be until 2014 when New Video Group would release the Blu-Ray and DVD in America, including the option to play the Japanese track with subtitles.

Honestly, I really feel like this was another instance of Al being a tiny bit delusional with how successful he thinks a title will be, or maybe, much more sadly, he knew how much Yu-Gi-Oh!’s revenues supported 4Kids and how they would likely be more reliant on the property in the future considering Pokemon was gone (but they were still getting residuals from it) so was TMNT, and Chaotic had fallen on its face. He probably really wanted the movie to be a huge success so he could maybe get a boost in sales and a big boost in interest before ZEXAL was released. At the very least, he was doing his damnedest to convince investors that 4Kids would be doing better this year. Maybe he didn’t really analyze the Japanese returns for the movie well enough or overestimated how successful it would be in America, which I can’t imagine how that’s possible considering how badly the first Yu-Gi-Oh! movie did.

But oh how devastatingly wrong he was either way. The call was a few months before the audit, and I feel like Al must’ve known that the hammer was being bought to put the final nail in the coffin…..And the nail would meet that hammer a mere three weeks after the movie had been released…..