Skip to content
HomePosts tagged 'to a space fantasy' 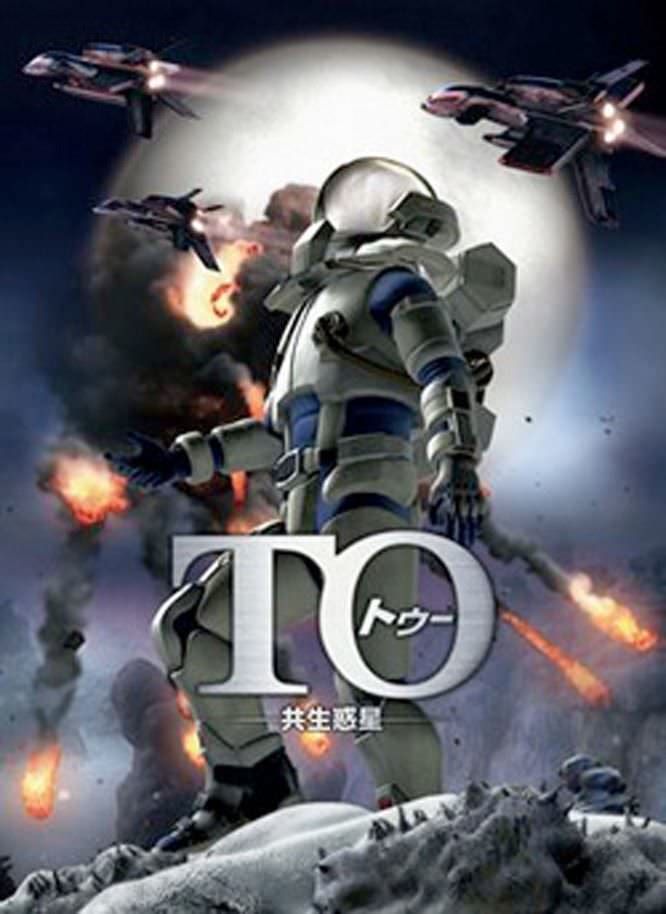 Plot: Based off of the sci-fi manga 2001 Nights, TO adapts chapter 14, Elliptical Orbit, and chapter 15, Symbiotic Planet, in two episodes.

Breakdown: Yet another ‘anime’ adaptation of the wonderful 2001 Nights manga, this OVA brings us two more stories from the anthology. However, unlike the previous OVA, this one is done entirely in CGI.

And, really, that is the only difference between the two as this is an incredibly loyal adaptation of the manga’s stories – so close, I’d be tempted to believe they made the storyboard directly out of the manga pages. Since they’re so close together, I’ll give my individual opinions on each story.

The first episode, Elliptical Orbit, centers around the return of a ‘ghost ship’ called the Flying Dutchman returning from 15 years of being in Alpha Centauri to mine liquid hydrogen. The cargo transport station, the Midnight Bazooka, accepts their shipment as the Dutchmen docks with them.

The captain of the Bazooka, Dan, has an existing relationship with one of the crew members of the Dutchman, Maria. While she happily reports on the success of their trip, the tone turns to somber when Dan updates her on how his life has been going in her absence, including the death of someone dear to both of them.

A group of pirates then hijack the ship, demanding that some of the liquid hydrogen be shot towards the moon base, which would result in the death of over 300,000 people.

The pirates reveal that they’re from a continent that lost in the African war. They experience 300,000 deaths every day due to starvation when those in space have more than enough food and other supplies. Hearing this over the intercom, Maria and Dan decide to fight back to save the people on the moon base as well the rest of the liquid hydrogen from being stolen by the pirates.

This story was confusing to me when I first read it due to the ambiguity on the relationship between Dan and Maria, and I will admit that it’s really not one of my top favorite stories in the manga. However, it’s still a pretty solid story with good characters and a decent twist at the end.

The second episode, Symbiotic Planet, centers around a romance between a man from a European/American colony, Ion, and a woman from the nation of Eurasia, Alena, both of which are at odds with each other and may be on the verge of war. Figureheads on both sides know of the relationship and try to end it, but neither half of the couple are willing to abandon the other for petty politics. The two nations are trying to coincide on a newly colonized planet that is covered in weird balloon-like creatures called picards and clouds of unidentified spores.

Ion, a biologist working to determine if the environment is safe enough to traverse without helmets and suits, later gets contaminated by the spores in his lab and tries to quarantine himself.

In a meeting addressing water needs for each nation, tensions come to a head when the Eurasian government suggests the creation of a river, which the European/American colonizers take as a border, indicating territories and land claims. As the meeting goes on a break, Alena is lead to Ion’s laboratory where he updates her on the situation, which might not be as dire as they believe. While he and the laboratory rats were in pain earlier, they are no longer as such. He experiments to see if the spores really have any adverse affect on the human body before releasing himself from the quarantine.

In an odd strafe from the manga, the anime has Alena walk away reluctantly from the laboratory while the manga has her opening the door in desperation to see Ion, despite the danger of infecting herself with the potentially dangerous spores. This change is odd because it forces the removal of a pretty dramatic scene in the manga – Ion carrying a seemingly lifeless Alena into a room full of people and solemnly announcing that the entire colony is now infected.

Instead, they don’t reveal who opened the doors, though it’s heavily implied that some random person from Eurasia did for whatever reason as he was listening the entire time. In an effort to have the best outcome in this, some of the Eurasians take a ship and leave the colony while alerting people at their military base that the colony had become infected with a deadly spore and lethal action has to be taken in order to keep it from spreading. Ion has to take it upon himself to save the colony, even if they may all be doomed either way.

I really like this story, even if one particular side effect of the spores seems a little deus ex machina-ish at the end in regards to the political tensions.

I would really like to know why that one scene was changed. There are some things added to the movie, perhaps for the sake of extending the time, such as Alena meeting her mother about her relationship with Ion, but there was no real reason to change the part at the lab door other than to make Eurasia look bad and maybe make it seem like they had planned this all along.

In the manga, neither side is clearly the villain. It’s a largely gray area. I have no idea why they would actively try to create an antagonist.

Since the stories are almost entirely loyal to the manga, you really have to judge this adaptation on how well it portrays the characters and emotions through the medium they have chosen, and, sadly, I just don’t think the CGI works well.

Don’t get me wrong, they did a great job recreating almost all of the character designs and environments, even if Maria got a completely different hairstyle for whatever reason, her mother was made to look older yet somehow much more beautiful than her manga counterpart, and the bearded crew member from the Dutchman looks like his beard was bought from a dollar store.

However, I don’t think the faces are expressive enough in this format to properly convey the feelings behind the reactions and dialogue like they do in the manga. In other words, the characters sometimes seem like they’re plastic doll versions of the manga characters. They move just fine, but their faces only seem to match well about half the time.

Plus, while they also did a pretty decent job on the ship designs, they still can’t match the beautifully detailed art of the manga that made you really feel like you were on the ship, planet or even floating in the vast emptiness of space.

The voice acting, Japanese version, was very well done. While some voices were a little on the shaky side, others were simply fantastic.

The music was also incredibly well done and fitting for the stories, and the ED is simply beautiful.

Bottom Line: This is a very well made and loyal adaptation of two stories from 2001 Nights, but one could argue that, since they’re so loyal, with their only changes being ultimately unnecessary and somewhat damaging to the overall plot, that this could be one of those times when ‘just go read the manga’ would be appropriate.

This adaptation, while being good, also doesn’t bring anything new to the table for people who have read the manga. As much as people complain about changes between original sources and adaptations, one of the points of adaptations is to bring somewhat of a new view or spin to the story to make it worth retelling. This one basically just copy-pasted the manga chapters while putting a CGI veil over it. That’s not really bad, per se, it just doesn’t give me any reason to really fall in love with it or revisit it.

Considering that the CGI is one of the few significant problems with this OVA, that makes it even worse. Space Fantasia: 2001 Nights may not have been a visual spectacle either, but at least I felt like they were trying to use what they had to work with to their advantage instead of trying to be a complete carbon copy of the source material in regards to visuals.

Additional Information and Notes: TO: A Space Fantasy was directed by Fumihiko Sori, who also directed Ping Pong and the 2017 live-action Fullmetal Alchemist movie. It was produced by Avex and is currently licensed in the US by Funimation.

Recommended Audience: The only real note here is that several people die of laser blasts in the first episode, and the resulting wounds are slightly graphic, but not really considering they cauterize the wound immediately and the wounds are kept in shadow due to the lighting. There’s also one instance of non-sexual nudity. 10+