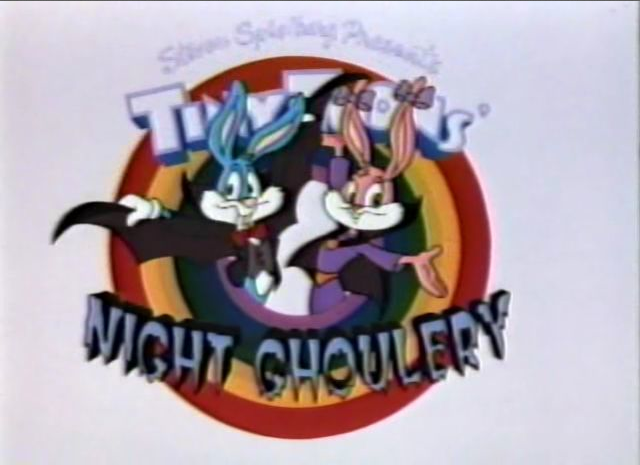 Plot: In a parody to ‘It’s a Wonderful Life’, Buster wants to leave the show after a series of failures while trying to direct a Tiny Toons Holiday Special. As he’s about to jump from the picture, his guardian toon angel arrives to show him what the show would be like if he never existed.

Breakdown: I loved Tiny Toon Adventures when I was a kid and, like Looney Tunes, I still love it and enjoy the crap out of it to this day. Despite some dated references, these shows are pretty timeless in their comedy.

I actually find this episode to be a bit sad because Buster is thinking of leaving the show on the episode that just happens to be the series finale. I’m not sure they knew the show was canceled after this, but it is weird that this type of episode is the last one ever.

As for the episode itself, it’s not one of the best episodes ever. It parodies the movie fine, but there are quite a bit more pop culture references than normal because of the celebrity guests for the holiday special. It’s certainly a funny episode, but not one of the best.

The Buster/Babs/Cher (yeah, Cher) ‘love triangle’ was kinda funny with the song, and it ended in a cute manner.

It’s a funny episode and a decent Christmas special, but not fantastic either. Here’s to you, Tiny Toons! Hoping you have a looney Christmas!

Recommended Audience: I think there’s a slightly raunchy joke in there, but it’s easily overlooked and I really could just be reading too much into it. E for everyone!