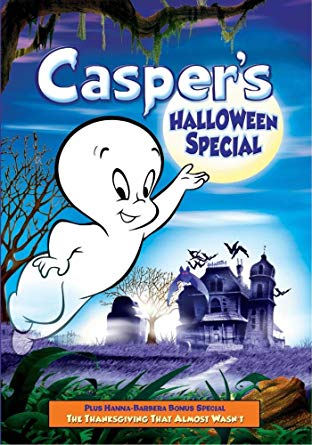 I can’t help but think Casper’s being a bit too unreasonable about what the other three ghosts are doing, at least initially. Obviously, as ghosts, they love scaring people, and Halloween’s a time when they’re free to go around and scare everyone. They see no harm in it either. After all, part of Halloween is tricks and scares.

We see two small groups, but that’s purely for the sake of showing kids with money getting candy from houses in nice neighborhoods – ones that subsequently snub the poor kids when they ask for candy just because they’re poor orphans. The only house that gives a reason says it’s because they’re not from that neighborhood, but 1) that shouldn’t matter and 2) there’s no way he knows that. One house had the inhabitants actually get in their car, leave and shut the gate when they saw poor kids coming. Like, what?