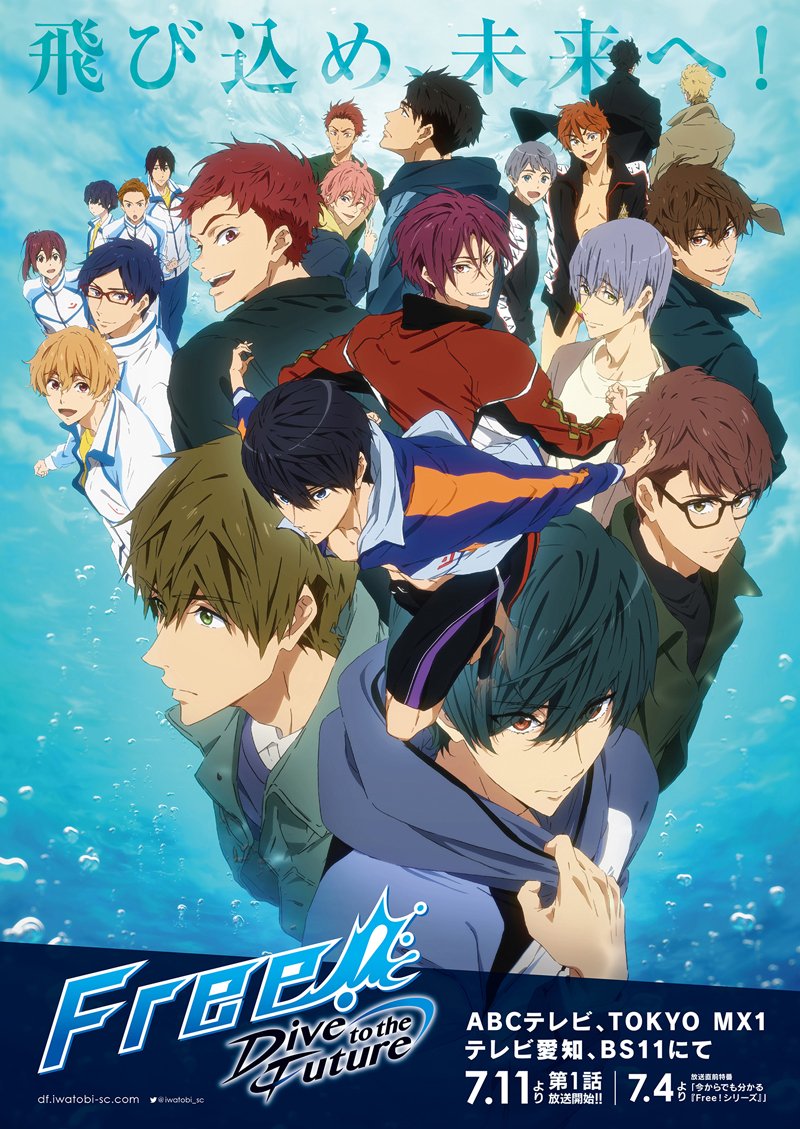 Three years later, Haru and Makoto meet up again with Nagisa, and Rin has moved back to Japan, albeit not at their school. They meet by chance in their old broken down swimming club, but Rin has changed drastically. Gone is the happy, laid back and playful Rin. He has been replaced with a cold and rude Rin with a clear animosity towards his old friends, particularly Haru.

Breakdown: Free! was always described to me as basically a gigantic load of pretty fanservice. And yes…..yes there is a lot of that.

Free! is a sports show about swimming. And friendship…And…that’s….about it.

2) My only real exposure to Free! before this, outside of some AMV clips, was the abridged series, 50% Off!

Sports anime are kinda polarizing because they have a nasty habit of making the sport out like it’s the air we breathe, the blood in our veins and the light in our soul. They tend to go overboard with how great the sport is and make it seem silly. Haru and, to a degree, Free! are perfect examples of this. No one is this obsessed with swimming. It’s kinda creepy.

……………..back to the fanservice. It’s everywhere. And they’re so blatant about it, too. It’s ridiculous. Not only do you have the pretty as hell artwork and the super detailed bodies, but you also have several shots of them undressing, usually Haru, numerous panning shots of their half-naked bodies and even hair flips, sparkles and slow motion.

Does that mean that Free! is bad?

The good news is, I have heard positive things about this show as a whole with the worst usually amounting to ‘it’s kinda boring/it’s below average’ and the core four characters do have a good chemistry between them. I can see this being a show I’d watch on the fly just to enjoy some laid-back stories of friendship and sports.