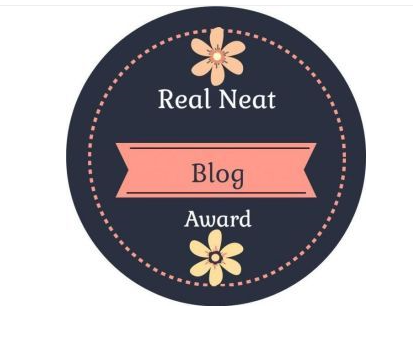 I’ve been nominated for a ‘Real Neat Blog Award’ by Daiyamanga’s Krystallina! Thank you very much, Krystallina! 😀

This award seems to act very much like the Sunshine award, but with seven questions instead of the ten I was given. Neato! (Puns?)

Here are the rules:

1: Put the logo for the award in your post.

2: Answer the seven questions asked by the person who nominated you.

3: Thank the people who nominated you, linking to their blogs.

5: Let them know you nominated them by commenting on their blogs.

1: Would you rather be a Phantom Thief or the cop that chases one?

I’d rather be the thief. >:3 Though, I’m a bit of goody two-shoes, so in reality I’d probably end up as the cop.

2: What series do you think is the most overhyped?

I don’t really follow new anime enough to get a good grasp on that, but in a similar vein I believe the hype for anything Attack on Titan related is really out of hand. The second season isn’t even out yet and it’s already invaded practically every facet of media. I liked AoT, but the long stretches of story that end up with little resolution were a bit too much of a slap for me to get hyped very much for it anymore. I couldn’t even enjoy the manga due to its chicken scratch art (though it was admittedly very detailed on the titans).

3: What series do you think deserves more attention?

That’s a tough one….I wish 07 Ghost got more attention. Then maybe we could actually get a continuation since the series ended on such a cliffhanger. The art is great, the story is solid, the characters are likable and well-designed, the music is gorgeous. It’s just a great series all around.

4: What series would you never watch or read again unless you were paid to?

Mayo in FYE just gets put on a gigantic pedestal after she does all of her deeds, and her acts can definitely been seen as much worse than Makoto’s what with her threatened and attempted baby murder. Everyone forgives her without a thought and she’s accepted as a new BFF in the Suzaku gang and even possibly gets a boyfriend in Miaka’s brother. That series makes me angry just thinking about it. >.<;;

Purple. Though my favorite color combo is black and orange. (Love Halloween)

6: Have you ever listened to Vocaloid music, and would you consider yourself a fan?

I don’t think I’ve ever heard a Vocaloid track full out, though I do have a few friends who are fans. It seems alright, I just never got into it.

7: If you could have any animal for a pet, what would it be?

1: What’s your favorite weapon from an anime or manga?

2: If you could have any elemental power, what would it be and why?

3: What anime had the most unsatisfying ending?

4: Does bad art ruin an anime for you?

5: What is your favorite soundtrack from any show, movie, anime etc.?

7: Who is the worst comic relief sidekick from an anime or manga?

Thanks again to Krystallina for nominating me! ^_^