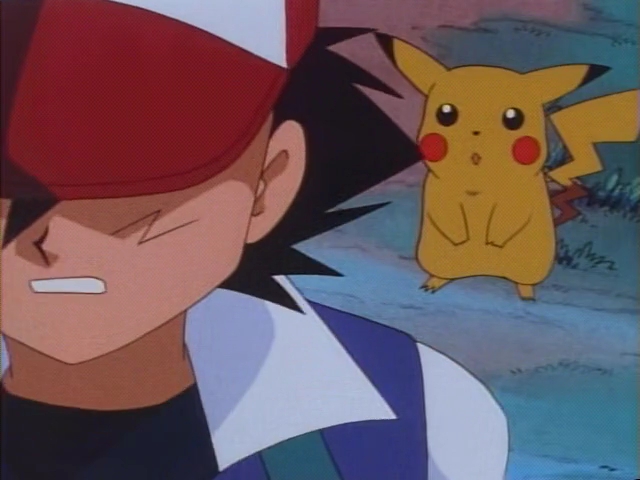 2005 was a year that would be historical for 4Kids and Pokemon. It was definitely the first sign of dark clouds on the horizon for one and rocky roads eventually leading to greener pastures for the other. On October 10, 2005, 4Kids sold their 3% stake in The Pokemon Company back to them, meaning they would not get anymore revenue from Pokemon in Asian markets. While I can’t find any information on how much they bought it for, they sold the stake for $960,000.

TPC then announced that they would not be renewing their contract with 4Kids which was set to expire on December 31, 2005. Pokemon USA was instead tasked by TPC to be their own in-house North American dubbing and distribution company. Beginning in 2006, they would be creating and launching their own dub of Pokemon. Pokemon USA was created all the way back in 2001 to handle overseas licensing in the Americas, meaning they were probably planning for this day for a while. They no longer needed 4Kids, stripping them of one of their biggest titles and being one of the biggest hits 4Kids would ever take. (Some sources say 4Kids just dropped Pokemon, but I can’t fathom why they would. It was still one of their absolute top earners, and would continue being so for years even simply through residuals after they lost the license. Dropping the license would cause nothing but problems for them, so I don’t see what the logic is in the assumption that they dropped it.) 4Kids would be allowed to dub season eight, Advanced Battle, as well as the eighth Pokemon movie, Lucario and the Mystery of Mew, but that would be it.

While Al Kahn publicly wished PUSA all the best and celebrated eight years with the show, the company losing its main tentpole was far from good news. In addition, the voice actors were not at all pleased at being spontaneously fired from a series that they had put eight years of work into and had become beloved to many of them. Keep in mind, Pokemon was not just 4Kids’ big break – it was also the doorway to relative stardom for many of the voice actors. And throughout the years both the company and the voice actors (but mostly the voice actors) had been endeared to the fans and vice versa. To quote my recently edited-in entry on the ninth Pokemon movie review;

“None of the original voice actors were happy about being dumped by the new company, even though Maddie Blaustein took it in stride. Eric Stuart said they were driven by greed and even implied that this would be the death of the show, even though we now know that was an incorrect prediction, Veronica Taylor stated PUSA cares nothing about quality and that it’s ridiculous for them to claim it will be identical when they’re gutting everything 4Kids and the original VAs did to the show, and Rachel Lillis was pissed, she straight out said so, especially towards someone I’ll address in a second. In fact, they were all blindsided by both the fact that they were all being ‘fired’ AND the fact that 4Kids lost the rights in the first place. No one told them anything, there was no warning, they just told them they were being replaced and moved on.

So why were the original cast members shafted anyway? According to Eric Stuart, Veronica Taylor and Rachel Lillis – it was all just to save money. It was cheaper to hire a cast of “sound-alikes” than it was to keep the new cast on board, and they thought the fans would be too stupid to notice or wouldn’t care because, again, voice actors are treated like shit. But, of course, the fans DID notice and DID care, but by that point it was too late.

None of them asked for more money. They all would have worked for the same amount 4Kids was already paying them, which, by implications, was already not that great, but PUSA never negotiated for their contracts or invited them back. They just showed them the door.

To make matters worse, one of the PUSA voice actors, Bill Rogers, the new voice of Brock, made a post on Serebii.net that Rachel Lillis did not take kindly to at all because he made off like the original voice actors’ old contracts had a clause that made it so they couldn’t come over to the new company and could never be involved in future Pokemon projects. According to Rachel Lillis, no such clause existed whatsoever and he had “no idea what (he) was talking about.” and said all of this was incredibly shady.

And she was right to think that way because some of the original cast were eventually invited back to play bit parts and reprise some of their roles (none of the main cast) briefly, barring, oddly enough, Veronica Taylor of all people, and Eric Stuart. TAJ Productions, which was originally 4Kids’ dubbing partner and was PUSA’s dubbing partner for a bit, went out of business in early 2008 and was replaced by DuArt Film and Video. They made the decision to bring in some of the old voice actors, although to what end I really don’t know. None of them reprised big parts, except Dan Green who got to reprise Mewtwo, and Ted Lewis, who got to reprise Giovanni, and the parts they got that weren’t reprisals were kinda insulting (the last two roles they gave to Rachel Lillis before she left were voices of Pokemon….) The biggest roles the old cast seemed to land were Erica Schroeder, who originally voiced Nurse Joy, voicing Bianca in Black and White, and Jason Griffith, who really only had CotD/CotM parts in the original series, eventually voicing Cilan in Black and White.”

However, due to the way 4Kids’ contract was structured, they would reap some benefits from Pokemon. An article from Business Wire stated “4Kids will continue to receive commissions for the next several years on payments made under existing Pokemon license agreements whose term expires after December 31, 2005. It is expected that commissions earned by 4Kids from the Pokemon property will decline over the course of the next several years.”

As I stated, this money flow from old licensed work would continue to be substantial enough to be one of 4Kids’ bigger sources of income throughout a good chunk of the rest of their existence….However, that was a bit of a double-edged sword. It would be revealed in 2011, when they were filing for their first round of bankruptcy, that 4Kids still owed TPC quite a lot of money, $4.7mil in fact. According to an audit that TPC did in 2010 for the years between mid-2001 and 2008, 4Kids didn’t account for nearly $4,700,000 in “deficiencies” from undisclosed sources. The only specific thing brought up in the document is Pokemon Movie 04. 4Kids surrendered its right to receive any profits from the movie as a result of the dispute, so I assume it had something to do with that, at least (Although the movie didn’t make nearly enough to be worth all of that), but there are likely other areas that contributed to those deficiencies. 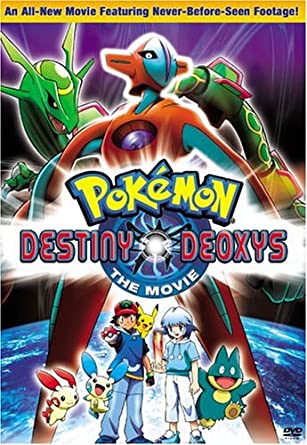 As this storm started, 4Kids would be in the middle of releasing Pokemon season seven, Advanced Challenge, and Pokemon Movie 07, Pocket Monsters Advanced Generation the Movie: Deoxys the Sky-Splitting Visitor, which would be retitled, Pokemon: Destiny Deoxys.

Ironically, things would actually start looking a tiny bit brighter for 4Kids on the Pokemon front.

Despite Destiny Deoxys still not seeing a theatrical release, 4Kids had a better idea on how to give the movie more attention. They struck a deal with Warner Bros. to have the movie air on Kids WB on January 20, 2005 – three weeks before it would be released on DVD. This would turn out to be an incredibly smart move, giving Kids WB the best ratings they’ve had in their target demographic since 2003. The movie did need to be edited for TV – particularly 15 minutes of footage needed to be removed and some footage was sped up for it to properly fit the broadcast slot. However, the DVD version was left intact. You can find all of the cuts required for broadcast length on Bulbapedia.

To their credit, Miramax would actually do better with their cropping issues on this movie. Despite still being released in 4:3 as opposed to 16:9, they edited the cropped footage better and panned the shots instead of jutting the footage when characters needed to be in frame. In re-releases, the movie would be in 16:9.

The initial DVD release would include a promotional Deoxys card. However, unlike the other promotional cards, this one would be given out at various other events, making it not quite as exclusive as the others.

The DVD also came with special features such as a ‘Who’s That Pokemon?’ game, a behind-the-scenes featurette with the director, a Pokemon quiz game and gallery art for the posters. However, as has been the norm with Miramax, their subsequent re-releases of the movie would not include these features despite recycling the box art that claims they’re on the disc. However, again, this issue would be fixed in the 2020 re-release.

For the edits that were attributed to 4Kids alone, the movie actually didn’t fare too badly. It’s noted as being one of their better dubs.

Critically, the movie earned a resounding ‘Meh’ from non-fan audiences – claiming it was decent, but not much better than the average Pokemon episode. Fans responded positively to the movie, praising its intense action, more mature feeling and fun characters – particularly Munchlax and Deoxys. It’s still not considered one of best Pokemon movies, but it is fondly remembered by many.