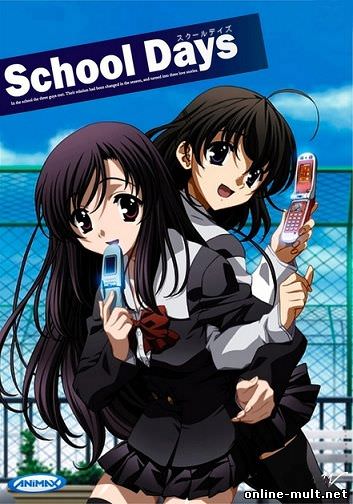 Plot: Alma Tandoji is a normal teenager living a normal life until a girl named Ruri Alba knocks on his door to recruit him as a warrior. She reveals that he holds the power of the Sacred Seven within him. He is the only one able to save the world from the power of the Darkstones. Despite being reluctant, he eventually joins her and her butler in their fight to save the world.

Breakdown: Please note that I dropped this show due to sheer mediocrity. Nothing is notable or memorable in this anime, at least from the three episodes I watched. This plot is overdone enough as it is (kid finds out he has powers and needs to save the world. Blah) but they add nothing to the table to make it unique.

They even have the random comic relief animal/object in the form of a small statue/mask thing. He even has the oh so unique name of Hellbrick. Because he’s made of (evil) darkstone. Dark-evil/Hell, stone-brick….Get it?

Even Tandoji in his powered up mode just looks like some weird mix between a Power Ranger and something out of S-Cry-ed.

We have a rich loli-esque character (Complete with cliche giant ribbons!…..What is with loli characters and giant ribbons?) named Ruri who makes a fine living providing exposition, being a love interest, and being stupid or useless besides buying stuff. Oh and she has a sister trapped in crystal or something.

It’s disturbing that she’s seemingly the love interest in this story. I don’t care how old she’s supposed to be, there’s no way she’s older than 10-12. Look at the poster! She only comes up to Tandoji’s butt!

Tandoji is your average lead from fantasy action anime. ‘I have powers? No way. I actually do? Holy crap! I don’t want to help you. Oh fine, I guess I will. The end.’ He doesn’t even go through the trials of learning his powers. Ruri unlocks them with her necklace and suddenly he knows how to do everything.

The butler is the only one who seems remotely memorable, but his character design is a little too close to Sebastian from Black Butler. Seriously, tell me I’m crazy. Look –

This is Makoto (The butler for Sacred Seven)

As for the enemies, they have the also oh so original names of the Darkstones. These powers come from stones/gems and the dark ones are bad. They’re about as memorable as they sound. I’ll give you three guesses as to what the good guys are called. I’ll give you a hint – the absolute first thing that comes to your head will be the correct answer.

The more I write this out, the more this seems like some ten year old’s project for a fiction writing class….

On the upside, the art is pretty nice. Some of the designs are awkward, but the lines, animation and coloring are eye-grabbing and crisp. The CGI’s fairly fake looking, though.

The music ranks from mediocre to awful. The opener’s music is on the worse side of the spectrum. The background visuals for it are creative, but the scenes being portrayed are as clichéd and mediocre as this series. Ooh the hero fights bad guys. Ooh action scene of him punching. And, of course, we can’t forget the main girl looking up into the sky and seeing the hero come down with his hand extended, then she grabs it, jumps into his arms and they fly off together. Why I haven’t seen that since Aladdin, Eureka 7, and every superhero comic book and/or movie ever made. The ending theme’s as mediocre as you can get.

Voice acting is okay, but again it’s nothing memorable.

Bottomline: In the end, I can’t recommend this. It looks pretty. That’s about it. There are many more average boy-turned-hero stories that are way better than this.

Additional Information and Notes: Sacred Seven was produced by Sunrise, directed by Yoshimistu Ohashi and written by Shin Yoshida.

Recommended Audience: There’s violence, might be moderate swearing. No nudity or sexual stuff that I could see from the first few episodes. 10+?