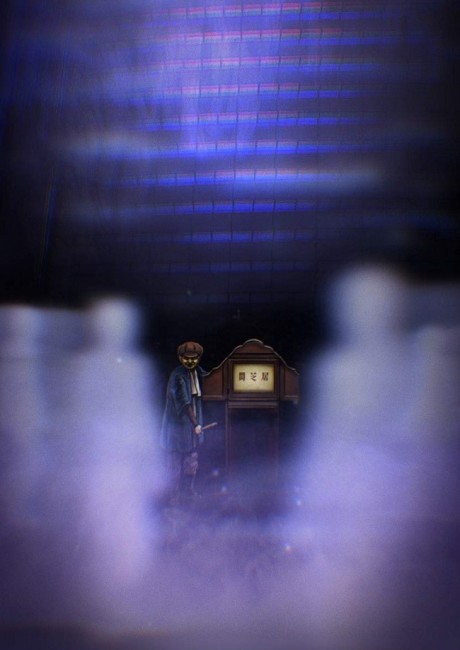 Breakdown: Yami Shibai’s crew took one Halloween off last year to work on a spin-off anthology series called Ninja Collection, but since that bombed and no one remembers it even exists, they came back early this year to give us more horror anthology goodness.

And it was fine.

Like all of the seasons prior, I’ll give a masterlist of my reviews on each episode. However, since I have abandoned numbered rating systems, I’ll just give my brief thoughts on each episode like normal and draw a conclusion.

Episode 2: Death Day – Much better, and pretty unique. Was both creepy and genuinely scary at the end.

Episode 3: Don’t Look Back – The base concept itself is rather frightening to me, but this episode is very cliché and a giant mess in regards to its own rules and logic.

Episode 4: Bean-Throwing – Quite possibly one of the worst episodes of Yami Shibai based purely on the editing/composition. It’s torture. It’s a shame because the story is fairly unique – not scary, but unique.

Episode 5: The Sound of Laughter – Got me a little in hindsight, but not in a scary way. More of an ‘oh, that’s clever’ way.

Episode 6: Catch of the Day – The only unsettling part of this stupid episode was the pained sounds of a baby crying, but that has no real bearing on the story.

Episode 7: Issun Boshi – Really unique premise and rather interesting manifestation of feelings of jealousy and vengeance, but also really silly.

Episode 8: Viewing – Another fairly unique story held down by its weak premise. I still can’t get over how anyone who has ever been a student before would believe a trio of teens would randomly get the day off from school and then they decide to go anyway, uniform and all, for a…joke?

Episode 9: Antlion Pit – Out of all of the season eight episodes, this one is probably the most memorable to me. Outside of being a cautionary tale of something that many people don’t really have much control over, there isn’t much in the ways of scares here, but I did enjoy it quite a bit.

Episode 10: Footprints in the Snow – Best episode of season eight in all categories, from art to scares to uniqueness to ambiance, BUT it’s also incredibly depressing.

Episode 11: Curse – I really liked this one, but I wish the ending was different. Kinda ruins everything they were going for with the curse.

Episode 13: Sleeptalking – Season eight’s finale is just okay. I do find the premise to be a little scary, but they didn’t set up the twist well enough, if at all.

I was pretty underwhelmed by season eight, but outside of getting really frustrated with Bean-Throwing, nothing left too bad a taste in my mouth. There are plenty of spurts of creativity here, but it’s like they have a bucket of good ideas and half-ass the execution most of the time. A few of the entries were legitimately really good, but I yearn for more. I didn’t sacrifice last Halloween just for a few good Yami Shibai episodes in return.

Sad to say, but I think the days of the bookends with the narrator being anything more than typical bookends ever again are long over. I still enjoy them, especially the ending theme sequences, but I wish more effort would be put into making even a slight linear storyline again. You don’t even have to make a big deal out of it. Just make it a cool Easter egg or something.