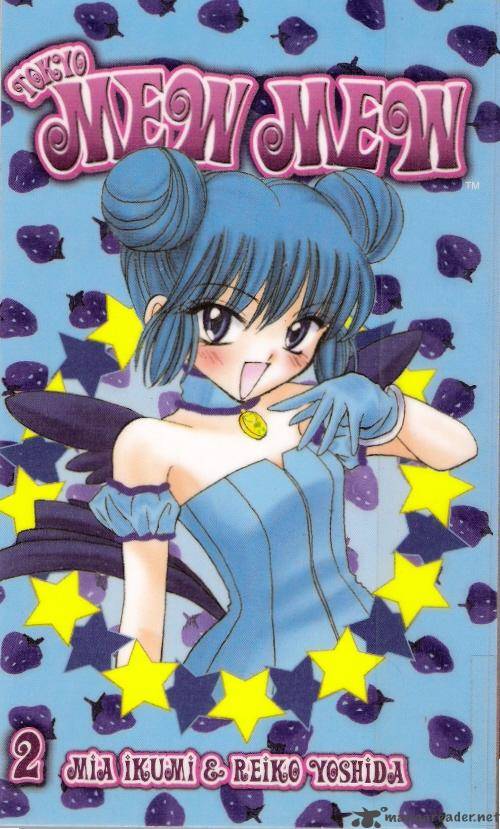 Plot: Now that Ichigo has found some fellow Mews, the quest to stop the aliens and their Chimera Animals continues. Two more new Mews get found, but while one is more than happy to join, the other prefers being a lone wolf.

– I’m sorry, it’s still a little on the creepy side that Aoyama gives Ichigo a bell for the sake of not letting her ‘get lost’ like a cat. 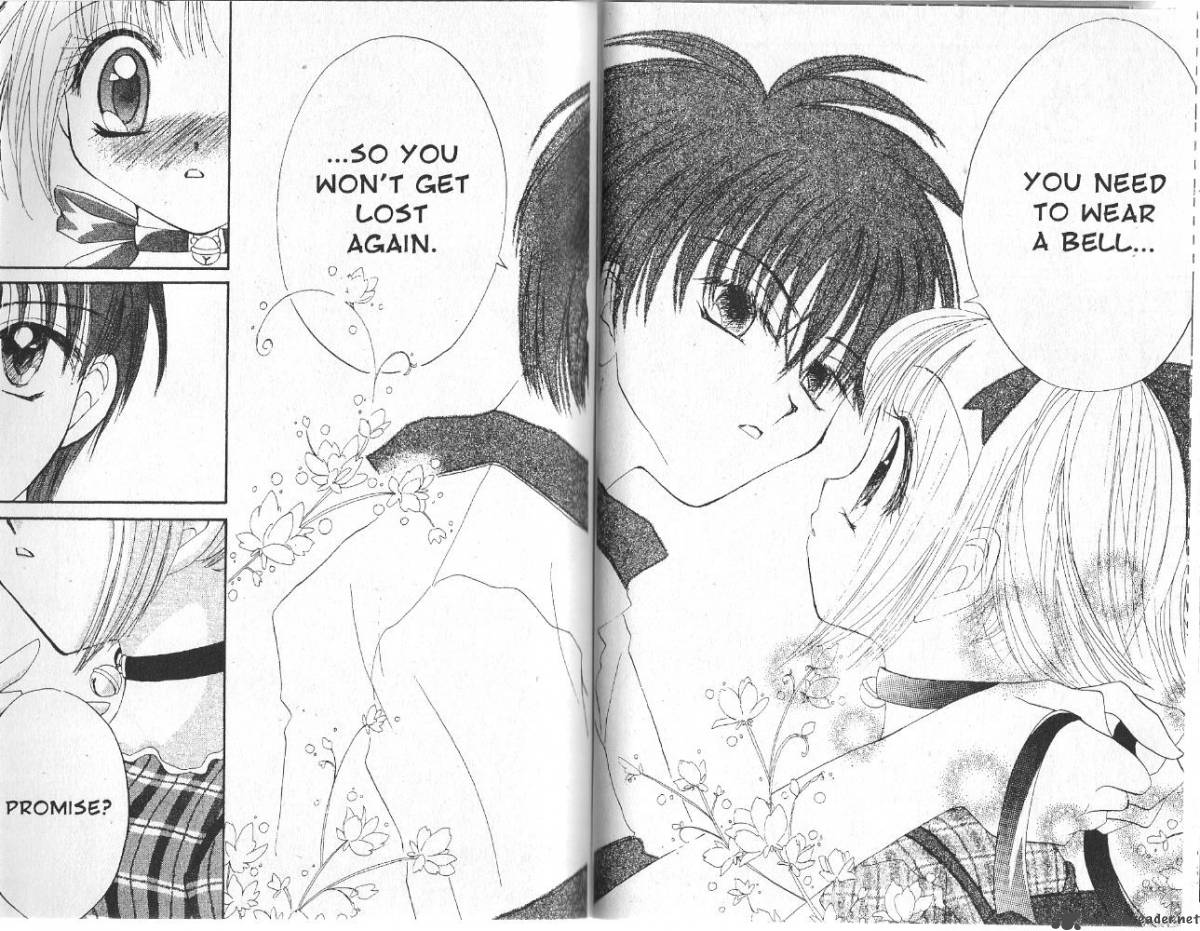 – Pudding’s intro is mixed in with Ichigo’s date filler episode.

– The filler episode with the big party and the English speaking pianist is not included here.

– The filler episode with the hot spring is not present.

– Zakuro’s manga debut is a little different. There’s no suspicion that she might go to the dark side, and the religious imagery is more toned down.

Mint originally believed Zakuro might be a Mew because she’s so amazing and beautiful. The only real connection they have to believing she’s a Mew is thinking they saw her at the zoo on the day of the earthquake. Shirogane tells them to go investigate. They join an audition for models to get closer to her. However, a Chimera Animal attacks during the auditions, prompting Zakuro to transform, proving to the girls that she’s a Mew. She declines their offer to join for similar reasons to the anime.

Also, unlike in the anime where Zakuro has been a Mew for a while, superheroing on her own somehow, it seems like her first meeting with the other Mews is the first time she transforms, if her surprised face is any indication. 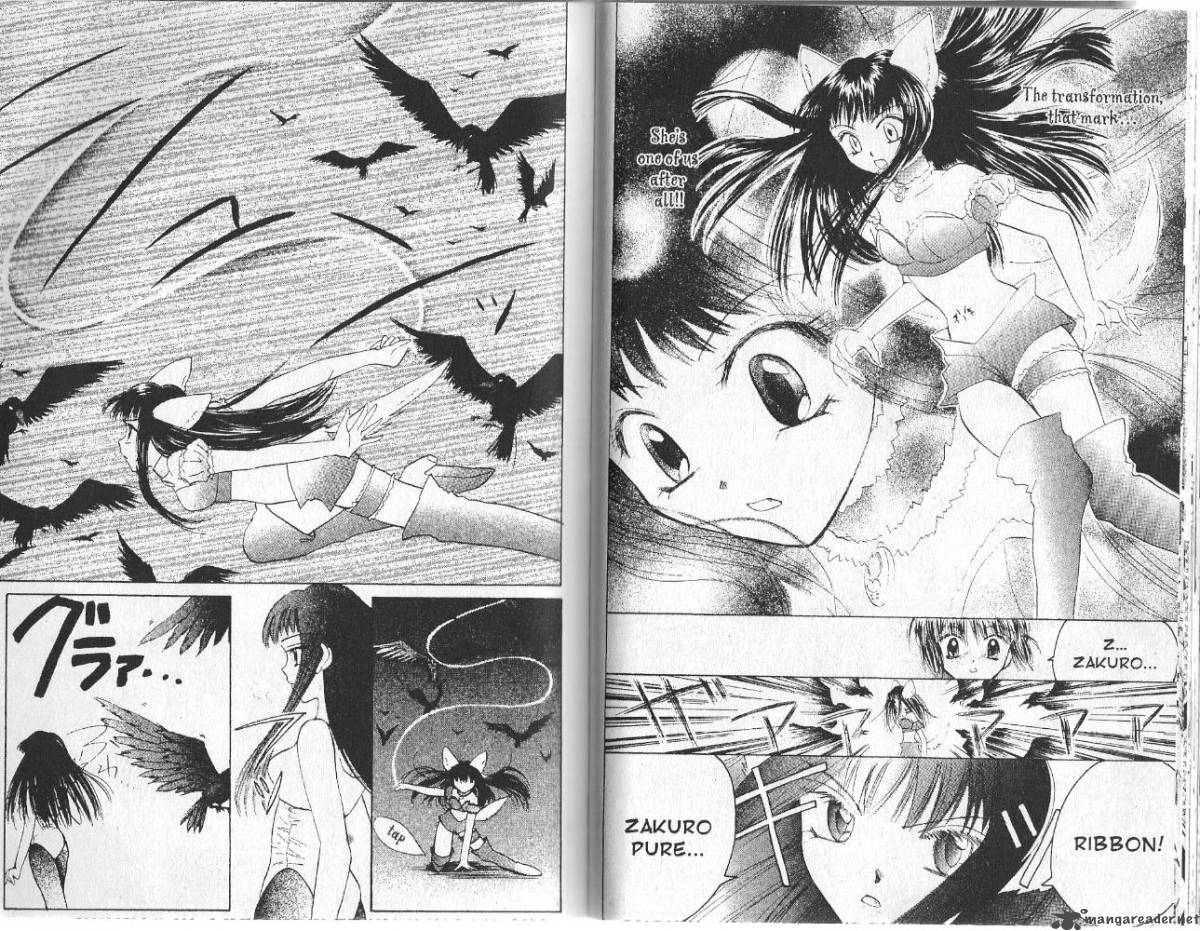 In the anime version, they didn’t realize she was a true Mew until she transformed much later when Kisshu tries to convince her to join him. They just strongly believed it was her because a mysterious vigilante had started going around saving people and she matched the silhouette in a picture taken of the vigilante.

– In the manga, the sleepover and pillow fight scene takes place when Mint is upset about Zakuro’s coldness and refusal to join them. In the anime, it’s not until much later (Episode 21) during Mint’s nightmare stint. It’s a shame because there’s a followup scene where Kisshu damn near tries to sexually assault Ichigo and Mint saves her, calling her a dear friend. It’s a quick but cool Mint scene (hehe, cool mint…) that strengthens their relationship and puts Mint in a better light, which I think was needed earlier on.

– In the anime, the girls meet back up with Zakuro at an autograph event. In the manga, they sneak into her hotel by dressing up like playboy bunnies and pretending they’re extras in a show she’s shooting….I understand why this was changed.

– Ichigo’s first attack upgrade, Strawberry Check Surprise, happens during the attack on TV in the manga. In the anime, it happens during a filler-ish episode with Masha getting kidnapped.

Also, Ichigo’s upgraded Strawberry Bell, the Strawbell Bell Version Up, otherwise known as the ‘Redundant Bell Bell More Power Version’ is also not present at all in the anime, which is both strange and welcome. Strange because….why not give it to her? Welcome because, dammit, Ichigo didn’t need MORE weapons and power ups. It should be noted, however, that they do include it in the Playstation game. 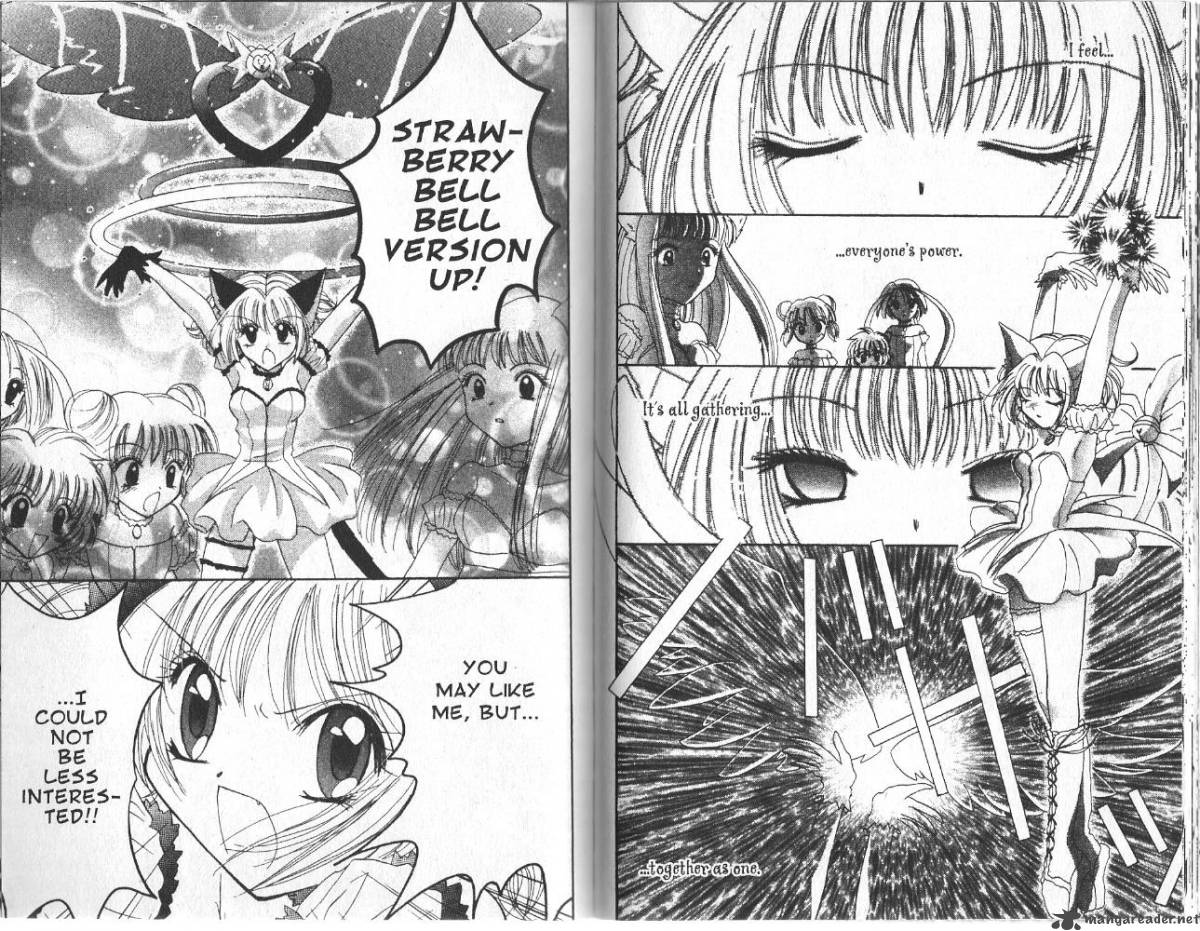 – So, basically all of the suspicion that Zakuro might turn bad, Kisshu trying to tempt her to the dark side and literally all of the religious references, for now, were not present in the manga. Hm.

– From what Ryou said, the aliens in this version are intent on destroying the environment? If that’s true, then they have no intentions on living here, right? Because they’re kinda screwing themselves over if they create widespread environmental destruction in a planet they intend on inhabiting after the humans are killed….

Bottom Line: The manga has less filler, but it also had a much more hollow debut of Zakuro. You learn little about her besides the fact that she’s pretty, smart and unfriendly whereas the anime goes into much more detail and gives her more to do. The manga has a new weapon for Ichigo and a new attack that isn’t ever introduced in the anime, but I’d be hardpressed to say that’s a bad thing for the anime considering Ichigo favoritism is something that endlessly gets on my nerves in that regard. I’m really torn, so I think this is the first time I’ll give an entry a tie.