Skip to content
HomePosts tagged 'I am going to go nuts trying to figure out how that snowman worked.' 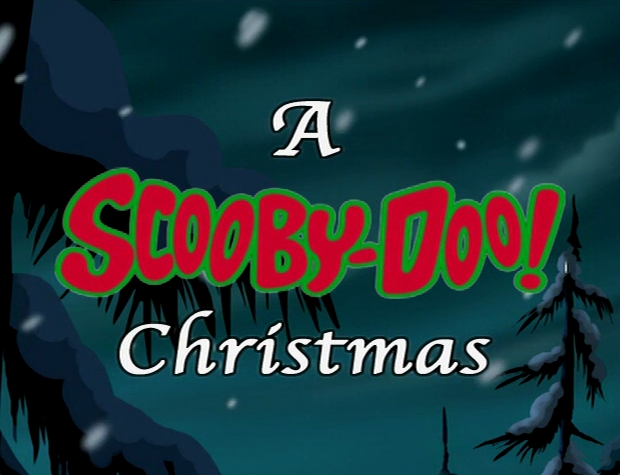 Plot: Scooby and the gang wind up in Winter Hollow for Christmas only to find that the place has been terrorized for years by the Headless Snowman. Each Christmas, the townsfolk are driven out of their homes by the monster, causing most of them to despise Christmas. Can Shaggy, Scooby, Fred, Velma and Daphne figure out who the Headless Snowman really is and melt him for good?

Breakdown: What’s New Scooby-Doo? was definitely one of the more popular branches of the Scooby-Doo franchise tree. I watched it quite a bit when it was on, especially enjoying its awesome theme song, but I never remembered it having a Christmas special.

A Scooby-Doo! Christmas is an enjoyable but overall fairly forgettable Christmas special. Story-wise, it doesn’t do anything to stand out from any other Scooby-Doo episode outside of mentions of Christmas, the very ending where they give gifts and stand around the Christmas tree, and a song or two.

A reviewer on IMDB said the mystery was way too easy, but I kinda disagree. I really thought it was the sheriff until they pointed out that the sheriff was acting suspicious, which is usually an indicator that they’re a red herring. I will agree with that reviewer in saying that the absolute ending was bunk, though.

Spoiler warning, even though this episode is literally turning 20 years old next year.

The culprit was a local professor, Higginson, whose great-grandfather was robbed by a man named Blackjack Brody who ended up dying in a snowman after being chased by an angry mob who were tired of being robbed by him. How did he end up in the snowman? I dunno, but it created a legend of a Headless Snowman. The professor’s great-grandfather being robbed of all his gold ruined Christmas forever….somehow. I guess that would make Christmasses difficult because they’d be rich otherwise, but he just ended up hating Christmas for some reason.

This isn’t even his dad he’s talking about. It’s his great-grandfather. Did they never recover enough financially for Christmasses to be fun anymore? Did their family just continue to be poor for all time? That can’t be true because the culprit is literally a professor. He has to have SOME money, I assume. Getting degrees ain’t cheap. He did get robbed on Christmas eve, but it’s not like anyone died. Is it really just a family perpetually mourning their lost ultra-wealth even when the man who robbed their ancestor is long since dead?

Using the Headless Snowman legend as a cover (by the way, the snowman’s not really headless. He can just take his head off and put it back on.), the professor created what is quite possibly one of the most implausible monster….I guess I’ll go with ‘robots’ to ever grace Scooby-Doo.

The Headless Snowman is legitimately made of snow from top to bottom. It has a cone-like…cockpit? in the center to allow the professor to manually control it. All of it. Every single part of it. It’s exactly like it’s living. The Headless Snowman can even detach his head and the head will still make noise and be perfectly animated. All of it is made of and connected by snow. I have no idea whatsoever how this thing works.

So the professor gets caught, his snowman melted, and he laments that he looked for his great-grandfather’s gold in the town every Christmas season by tormenting the townsfolk and….destroying shit. Because that’s definitely the most logical approach to that. Fred and Velma deduce that Brody hid the gold he stole in his home’s fireplace, masked as the bricks in his chimney.

Coincidentally enough, Brody’s old home was one of the homes the professor destroyed earlier that day, which left the chimney bricks in a pile of rubble. The professor accepts his jail-y fate, but, in a show of Christmas spirit, the town not only refuses to arrest him, but they also let him keep the damn gold.

Look, that’s real nice and everything, Merry Christmas and all, but this guy gets no sympathy from me. Did he even know his great-grandfather? This isn’t a matter of justice because the town actually tried to help his great-grandfather back then, and kinda succeeded considering Brody died as a result of trying to run from them. He just wants the gold for himself, making off like it’s in honor of his great-grandfather.

He tormented this whole town, destroying buildings and homes, traumatizing children and ruining the holidays of so many families for many years, AND he nearly got Shaggy and Scooby killed when they fell into a freezing cold pond because of him.

To his credit, he does share the gold with the town to help make amends, but I don’t think that’s enough. He still gets to keep however much he wants, and he still gets no jail time.

Bear in mind, most of what he did was completely pointless. There was no point in scaring the townsfolk, chasing people all over and destroying people’s homes. Why would he think the gold would be literally anywhere else but in Brody’s old house? Why would he not be able to find out which house was Brody’s house? They seemed to know exactly which house it was after they deduced that the gold bricks were used as regular bricks. Some professor you are.

Also, I refuse to believe that he can completely destroy a chimney with his bare…..snowman….sticks…and not reveal the gold when gently rubbing it reveals the gold.

All in all, while the professor’s motives and ridiculous beyond reason plans were mind-boggling to say the least, this was a perfectly fine Christmas special. It’s also quite star-studded, featuring the voices of Daryl Sabara (Spy Kids) as the young Tommy, Kathy Kinney of The Drew Carey Show as the Sheriff, Peter Scolari as Professor Higginson, Jim Belushi as Asa, whom I didn’t even remember, and frickin’ Mark Hamill as Tommy’s dad. And we also can’t forget the amazing Casey Kasem as Shaggy, Mindy Cohn as Velma, Frank Welker as Fred and Grey DeLisle as Daphne.

If you’re in the mood for Scooby and Christmas, this is a decent enough special. I just wish it either had more of an overall focus on Christmas or a better resolution/motive.