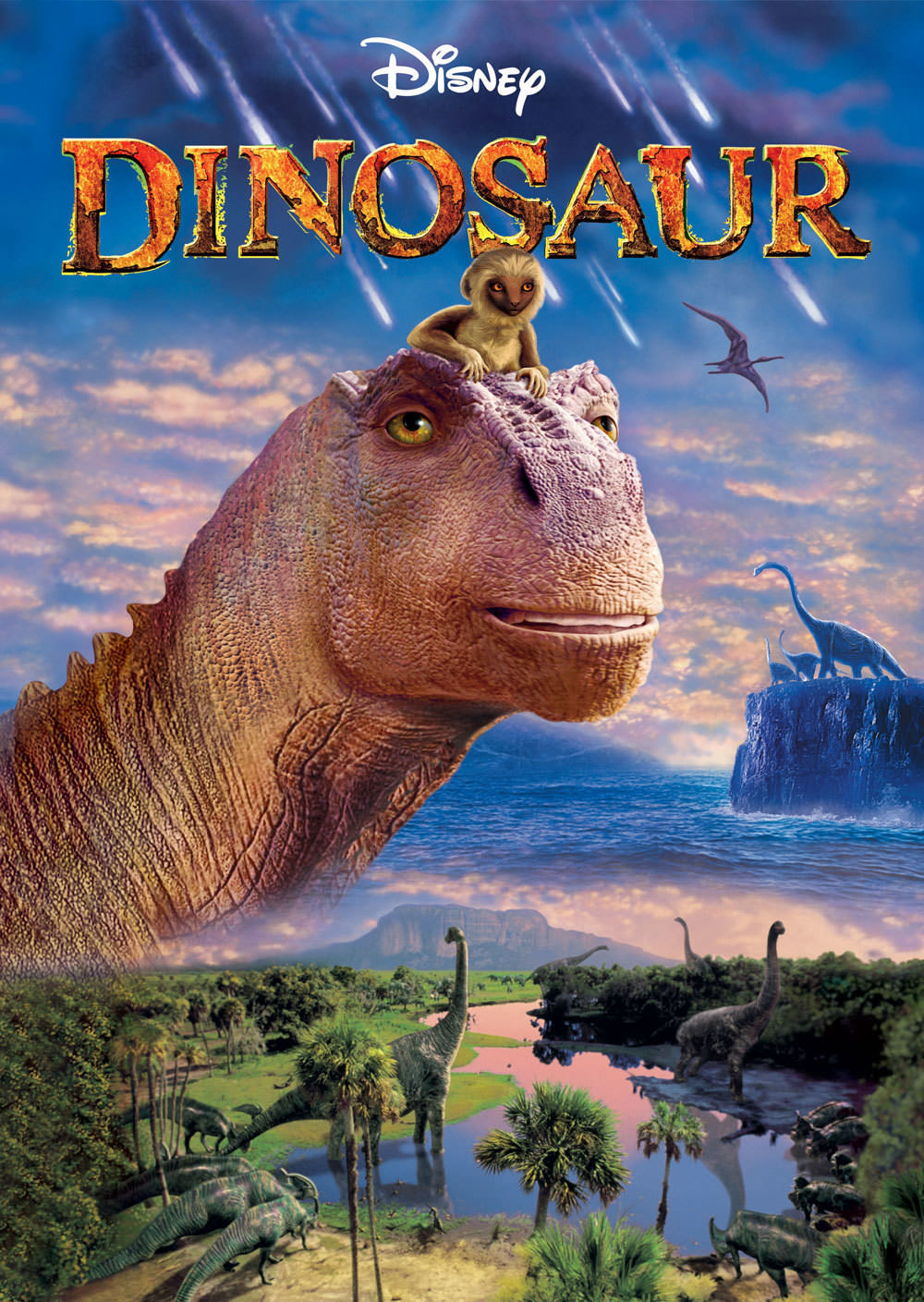 Plot: The egg of an iguanodon is separated from its parents. It ends up traveling far away from any dinosaurs to an island where he’s found and cared for by a family of lemurs who name him Aladar.

The story’s somewhat predictable, though the meteor shower comes right out of nowhere, because….it’s a meteor shower…. There’s still several parts that are heartwarming, tragic and impacting, especially when Eema, one of the elderly dinosaurs, starts to deteriorate.

The romance is predictable as well. Only female iguanodon tail meet only other male iguanodon around that isn’t your brother or a dick (Cron being both)

Then we have I guess his name is Url. He’s an ankylosaurus that acts like a dog for reasons beyond my understanding. I don’t know why some of these dinosaurs are smart, and can speak but then we have dog-like dinosaurs like Url and carnosaurus who are nothing but hungry beasts incapable of rational thought.

Cron’s a pretty decent bad guy, but you can’t sympathize with him very much. I know that in dire circumstances sometimes you need to do harsh things in order to ensure that even some survive instead of none, but by the end it really seems like he didn’t give a crap about any of the herdm and that if any of them didn’t make it they didn’t deserve to make it. In some circumstances he was nearly causing their death by his blowhard plans.

Bottom Line: This isn’t a fantastic movie, but it’s still a very enjoyable film with plenty of suspense, action, some romance, and likable characters especially in Eema and Baylene. The story is predictable, but it’s not horribly cliché. The art and animation along with the music are fantastic, with maybe the lemurs looking the worst. You may get annoyed by Zini, but he gets hardly any screentime so I wouldn’t worry about it. I’d still watch it if it was randomly airing on TV.