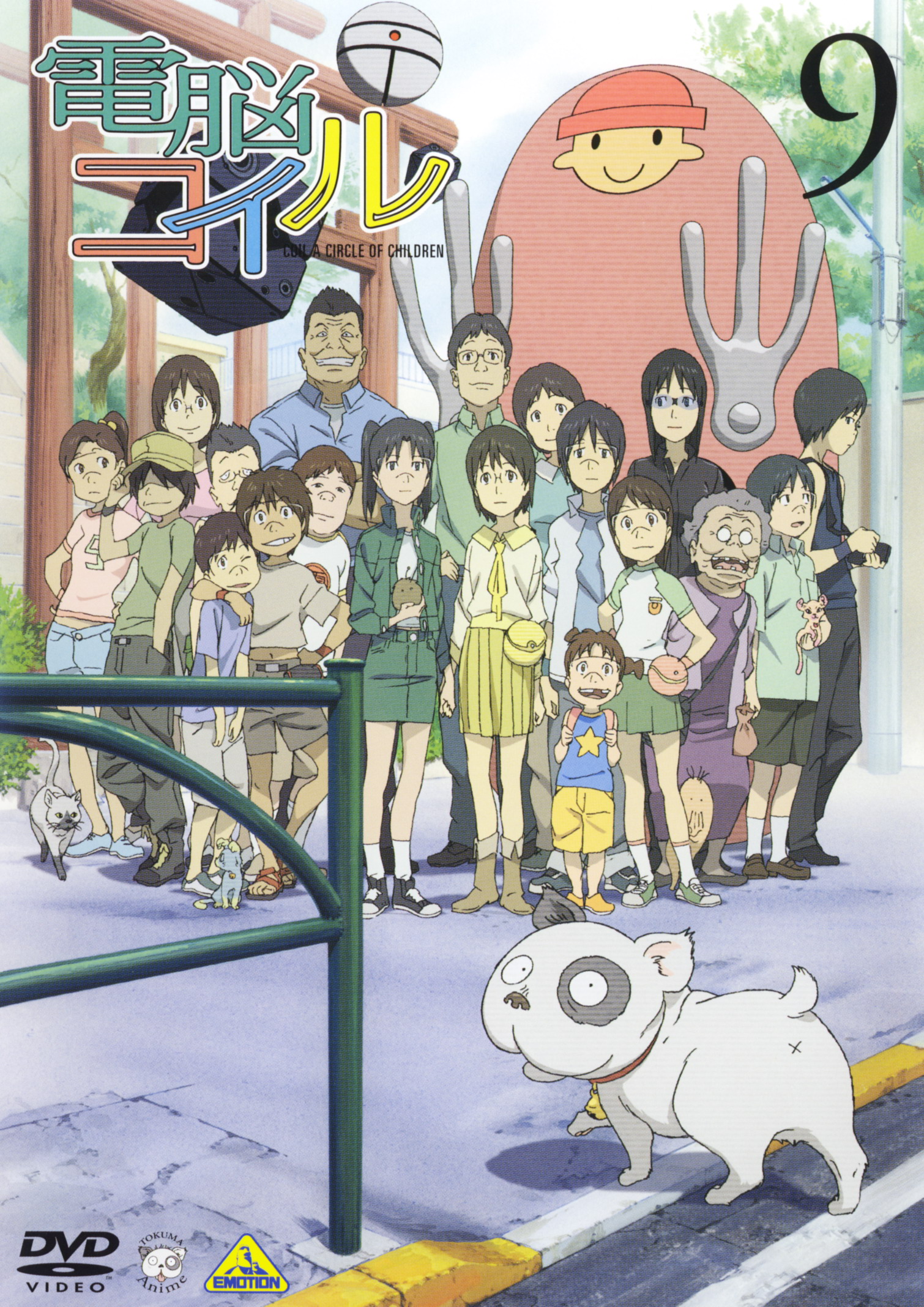 Plot: A digital world is now layered on top of our own. All around us, there are cyber beings and items that can only be seen with the help of special glasses. Most everyone has a pair of these glasses, including the soft-spoken country girl Yuko, who recently moved to the big city. Her cyber dog, Densuke, disappears through a mysterious glitched out hole while chasing a strange black creature, and Yuko calls upon a local cyber investigative agency named Coil to find him.

One of their members is the extremely skilled Fumie, who agrees to take her case. However, they’re soon hunted by the floating Q-chans, which destroy cyber matter and sometimes attack people. Yuko is able to get Densuke back, but not before a gigantic Searchy approaches them.

Breakdown: I’ve always been intrigued by the concept of digital worlds. It’s an interest that probably sprang up with my Digimon obsession back in the day.

Especially now, when our world basically is meshed with a digital one in a lot of ways, the idea of basically turning the world into a giant Pokemon GO game only with no Pokemon and more fantastical elements, such as being able to ‘hold’ and ‘touch’ the beings and items is fascinating to me. I can’t imagine how much fun that would be.

That being said, while they do explain some facets of this world, they don’t explain enough for me to say this is a good proper introduction episode. I have no clue as to the rules of this world nor what most of the terms these characters were using even meant. I have no clue what the Q-chans are or what their purpose is because they just seem to be floating balls that shoot up anything they see. I don’t even know if they’re real things or cyber matter. Who’s sending them? Why are they patrolling the city?

I don’t know what the Searchy is or what it does at all. The main thing meant to be a secret is the mysterious black creature Densuke was following called an Illegal. It’s explained to us that Illegals are viruses that target cyber pets for some reason. Also, while we know this thing is causing cyber pets to vanish, they add that, whatever this illegal is doing to them is ‘bad’ but we never see or hear what this bad thing is.

This episode is a fairly good introduction to the characters, however. While Yuko is a little on the annoying side sometimes, she’s also fairly brave and clearly loves Densuke very much. Fumie is a very confident and tech-savvy girl who can be a little abrasive, but she’s not too bad. She does have a very gross ‘minion’ however. It’s basically a tiny naked old man mixed with a blob….

The art and animation are fairly simple but also decently stylized and fluid. Densuke’s design took some getting used to, but by the end I found him to be fairly adorable.

In the music department, we have some pretty memorable songs and some nice BG music, but nothing really hooking me in immensely so far.

While the first episode could answer a few more questions about the overall world they live in, this is a very intriguing concept and the episode as a whole does a great job at hooking you in and leaving you wanting more. In addition, I’ve heard some great things about this show, so I look forward to continuing it.

Edit 2/15/22: I have watched and reviewed the entire show now. This post will be updated with the link to the review when it is posted.