The next day, Zola and Jiro explain the situation they’re in. A malevolent dark shadow user named Nene has developed the ability to create false shadows and he’s using their power to take over the land. It’s up to the descendants of the original seven warriors of light to bring together their legitimate shadows and take him down. Jiro and Zola are two of the warriors, and Shu has now revealed himself to be a third. They ask for him to join them on their journey to find the other warriors and take down Nene, but Shu refuses. He won’t leave his village defenseless against Nene’s army and he’s too frightened and overwhelmed at this new information.

His friends try to encourage him, but their conversation is cut short when Nene’s robot soldiers attack the village again. Shu tries to call out Blue Dragon, but is unable to. In order to show Shu what a shadow warrior can truly do, Zola calls out her Killer Bat and they dispatch the soldiers easily. Shu comes to the realization that the village will keep getting attacked as long as he remains there, leaving him with no choice but to leave. Kluke decides to come along as well, and they start their journey.

Breakdown: This episode isn’t really doing much the first one didn’t do. We get more of Blue Dragon and some more plot information, but it’s really just one of those necessary transition episodes before actually get on with the plot.

That’s a bit of a bigger problem than usual because this show as a whole still isn’t doing much for me. It’s just not all that interesting so far. The enemies are forgettable, the stakes aren’t terribly high yet, and not even the shadows are considerably interesting. Plus, while I understand where Shu’s coming from, he is incredibly annoying in this episode. Not in his fear or reluctance to leave, but mostly in his squealing and badgering dialogue.

Plus, Akira Toriyama’s art is just distracting. I get that he did artwork for this show, but everything keeps giving me DBZ flashbacks, even if the plot isn’t that similar. It feels like a DBZ skin on an unrelated show.

Kluke’s also got a tinge of annoyance in this episode. Yes, now’s a perfect time to fangirl over the enemy robots…..when they’re shooting at your fellow villagers….friends….family….

I will say Zola made me giggle a little when she said this.

Zola: “Do they really think I’m going to wait until they’re all combined before I attack?”

Enemy: “Aw come on! You do this every time! Do you know how disrespectful this seems to the battle!? One of these days I’m going to stab you while you’re doing that little sparkly spin move to summon your thigh-high boots, how’d you like that?!”

Next time, Jiro and Shu start training together. I enjoy training arcs….oddly, so yay! 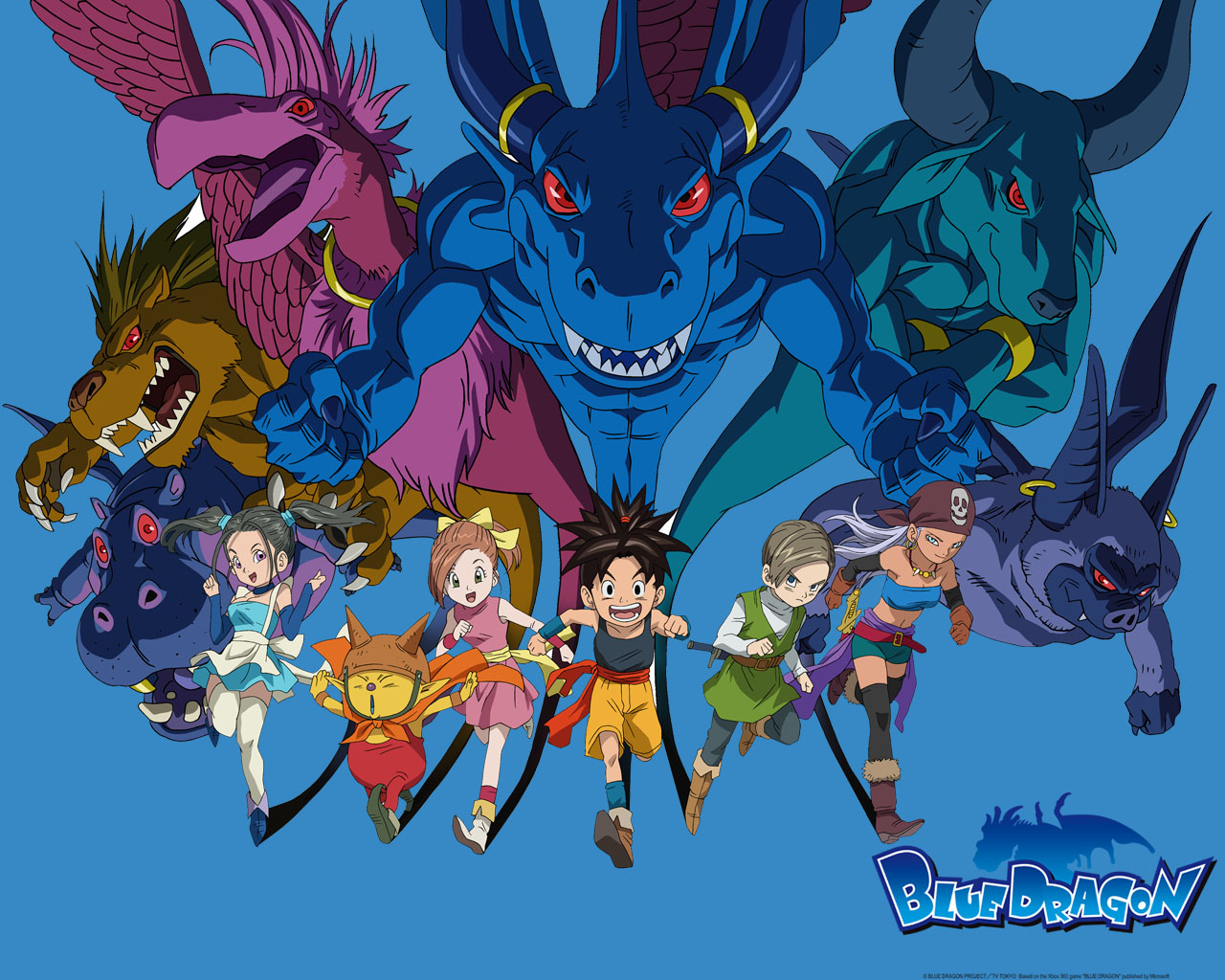 A dark and evil king named Nene is terrorizing villages everywhere looking for a special power, kidnapping children that he believes possess the ability to wield it. One day, Nene’s forces target the village of a boy named Shu, who wishes for nothing more than to be a brave warrior called a Knight Master and travel the world to look for adventure.

Jiro and his friends, a girl named Kluke and three others, make a valiant effort to fight off the soldiers, but to no avail. The leader of the soldiers is met with Zola and he prepares for battle by calling on his shadow, which turns into a goblin-like beast. Zola too calls upon her shadow, a killer bat.

The opening in particular about the powers of light and darkness battling each other was very milquetoast. The aspect of the shadows is also not horribly creative since it’s basically just a fancy way of saying ‘familiar.’

Shu discovering his power through a desire to save his friends is also typical. Bear in mind, using tropes is not inherently bad. You just have to do enough with the tropes to make them interesting and as unique as possible, and they just aren’t doing that so far.

That being said, it is obviously very stylized because Akira Toriyama, and I never felt bored while watching. I was never really immersed in it that much, but I didn’t find it to be that bad, especially with Zola.

Update: Shounen Step-By-Step has been started!