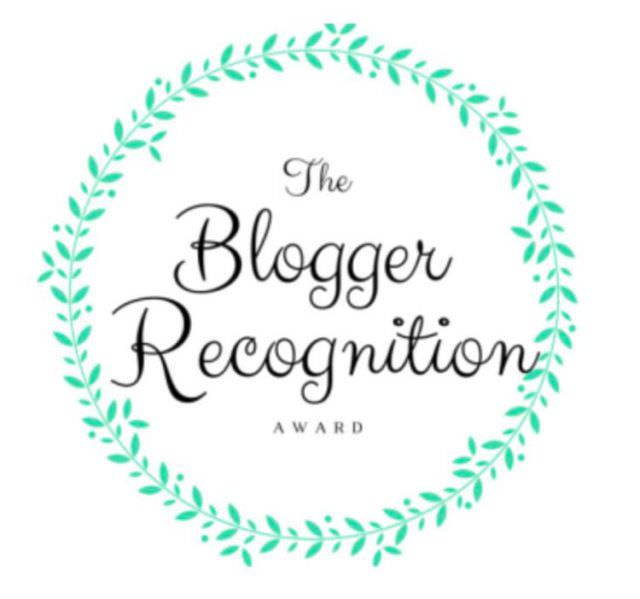 Whoo! I’ve been recognized! This awesome person named Jenn bestowed upon me this award. I knew all those years of pretending this was a blog and not my bin for crazy ramblings would pay off.

Thank you very much for the nomination, Jenn. 🙂 Do you like anime, reviews, good things, happiness and listening to me tell you to read a great blog? Then look at Jenn’s Blog, Welcome to Hell Zone!

Here are the rules for this award.

1.Say thanks to who nominated you and leave a link back to that persons blog.
2.Give the story or history of your blog.
3.Give two or more pieces of advice for new bloggers.
4. Nominate 10 other bloggers and link their blogs.

History of My Blog

Is it boring to say ‘I wanted to make a blog for my reviews, so I did?’

Okay, let’s back up then. Many, many years ago, I was a frequent player of the now far defunct online Pokemon game, Pokemon Crater. I was also a common face on the forums, where I met many great people, some of which are still my friends to this day.

The forums had a blog section where users were free to write about whatever they wanted, within rules of course. I started writing reviews in there, and since the website is gone I am completely blanking on exactly when I started doing this, but I wanna say, estimating from other sources, it was mid 2006—wha, mid-2006? I feel ancient right now.

And, yeah, surprise, my origins are rooted in Pokemon. I was far more into doing Pokemon sprite work than writing reviews at that point. I had a sprite shop and everything. I loved doing splices and recolors, but I especially enjoyed making glowing and ‘angel’ versions of Pokemon. I wasn’t fantastic at it, but I had regular-ish requests and did it on a frequent basis.

Anyhoo, I didn’t do these on any sort of schedule on my reviews and I had barely any format to them. I’d watch some anime and blather about it in a short blog post whenever I felt like it.

Flash forward to late 2007 where the admins of the site are saying the website’s going down – and quick. Like a handful of days of notice before the place implodes. Being such a popular and large site, it caused quite the stir to scamper off to other places. I migrated to a forum that was specially made for Crater refugees, which I won’t share the name of since 1) It’s dead anyway and 2) it’s mostly meant for close-knit already established members and 3) I am pretty sure registrations are turned off either way.

I was made a moderator by the admin and happy days were here again. It took me six months before I finally put up an open review thread for anime, but I did and posted…..more regularly than I did on Crater but still very sporadically and without a solid format.

Over the years, I started reviewing things more frequently, polished up my writing style, branched out into cartoon reviews (back then, it was usually just holiday specials), and even started some of my sub-series like Sub/Dub Comparisons and Pokemon Extravaganza. I also started doing very minor Pokemon reviews episode by episode, which grew and improved over time as well. I started late Orange League and am still doing them today. As of this writing, I’m up to episode 181, which kinda depresses me because I thought, after all this time, I’d be much further than that. Oh well, at least when I close the gap I’ll have a hell of a backlog to upload.

As time went by, the website experienced a….uh….let’s just say a cataclysm of drama that, in hindsight, was incredibly stupid and poorly handled by all parties, myself included.

After that, the forum started to die, even more than it was, quite frankly. I felt like my writings weren’t being seen and that I was missing out on all sorts of discussions about the things I was writing about. I gave a couple of blogs a test drive until I finally decided to go all in on a WordPress blog.

In regards to the name, I was known to get into rageful rants and random babblings in both my reviews and my regular blog posts, and I still am proud guilty of that to this day, so I figured The Anime Madhouse was perfect for it…..Took me a long time to realize I might’ve made this place invisible to search engines because there’s an anime studio named Madhouse….Pbbbtt.

I exported and continue to export various reviews I made at my old place here, revamping the hell out of some of them, but I have greatly enjoyed making reviews, creating new series and discussing various topics with the community here on WordPress since February 17, 2014……Hey, that means–

It’s now been four years since I started my reign of terror. That’s one way of spicing up a Bloggiversary post, I suppose. 😛

Piece of Advice for New Bloggers #1: Try to Do Plenty of Research on What You’re Writing About.

Not only does research enhance the quality of a post immensely, but research can actually be a lot of fun. I’ve stumbled upon quite a few interesting tidbits and stories about the things that I review just from doing a quick Google search on it.

You absolutely shouldn’t feel compelled to do hours of research to make a few blog posts, god knows I usually don’t, but learning more about your chosen topic and even citing sources can be greatly beneficial both to your readers and you.

Piece of Advice for New Bloggers #2: Never Be Discouraged by Lack of Likes, Comments, Shares etc.

Blogging is something that you do moreso for yourself than anybody. Obviously, we post this stuff online to be seen, otherwise we’d just keep a diary, but don’t feel discouraged just because you don’t get a lot of likes, comments, shares etc. When you’re just starting out, people will have to find you. And even after doing this for years, you might still find little in regards to feedback. That’s okay. Just the fact that you’re putting yourself out there and having fun writing is all that matters.

But if you really yearn for some discussions, try visiting other peoples blogs and comment on them. Like their stuff, share it on social media, ask questions, make requests or just say hi. You’d be amazed how many people check out your stuff just because you pop in and share your thoughts on their posts.

As a bit of a tip, though, don’t follow too many blogs in a short period of time. You’ll be automatically locked out of following people and have to ask for a system admin to unblock you. That totally didn’t happen to me. It happened to a friend. Named….TwiddleFix….

…..Hey, it’s not my fault that I keep finding interesting blogs around here. I blame all of you and your suggesting of visiting blogs.

Speaking of which, I suggest you visit these blogs because here are my nominations!

(Hopefully I caught people who haven’t done it yet. No pressure either way.)