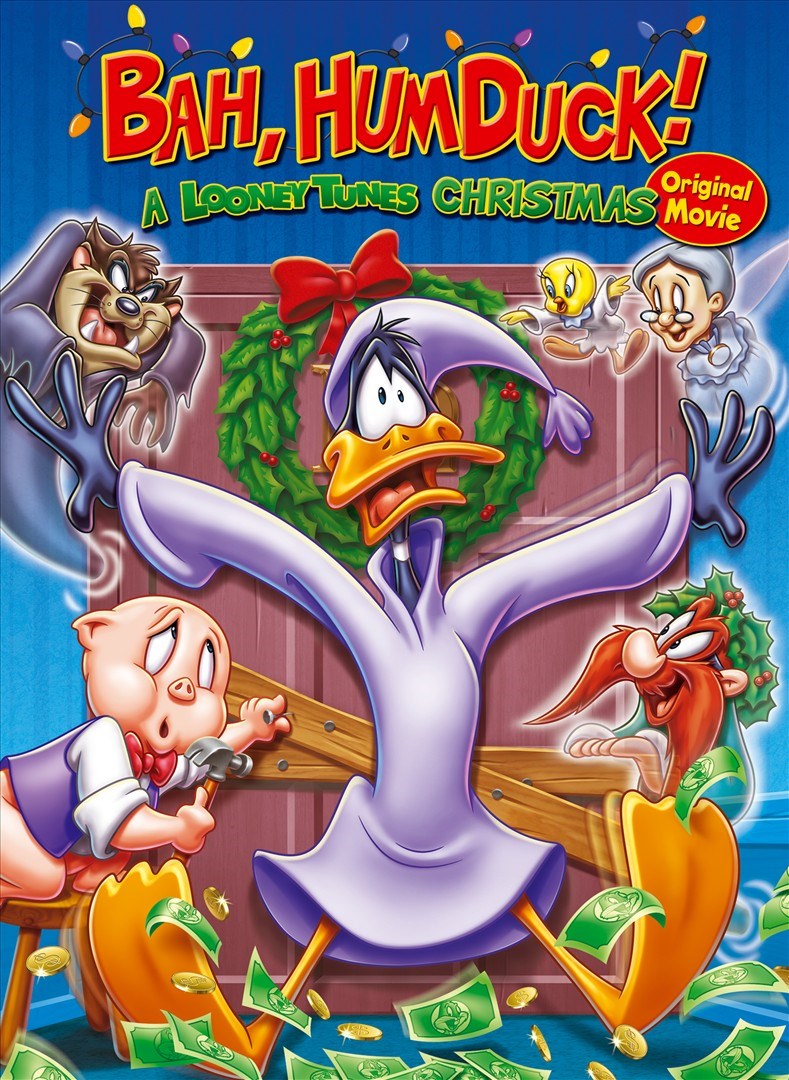 Daffy refuses to let Marvin have time off to go home to Mars for Christmas, he won’t give Porky enough money to buy a doll for his daughter, he won’t let Wile E. Coyote eat during work, and he somehow wasn’t arrested for forcing Elmer to work 37 straight triple shifts, causing him to constantly collapse in exhaustion.

In the Present segment, we see Elmer nearly freezing to death as he falls asleep in a snow storm, Marvin looking up to Mars with longing, and Porky talking with his young daughter, Priscilla, who is basically sugar incarnate. Literally all she wants for Christmas is a Pretty Pudgy Piggy doll, but Porky can’t afford it.

Daffy’s backstory was probably the laziest, though. They have a messed up message as a result, too. One message keeps popping up in this movie and that’s that Daffy is such a terrible person because he never had a family. That’s obviously a very wrong and insulting message to any orphan in existence. They try to offset it by having the other message be that Christmas is the one time of year where everyone’s family, but that obviously wasn’t true when he was a little duck, and I’m not sure having a family one day a year would save you from becoming an ass.

I’m obviously not expecting some intricately woven backstory by Looney Tunes, and you definitely don’t have to follow the source material to a tee, but saying that Daffy is such a greedy grouch just because he was a lonely orphan is a little screwed up.

Some might complain about Priscilla being a rather washed Tiny Tim replacement. She’s not sick or handicapped and she doesn’t die in the bleak future – the only thing that hinges on Daffy turning good is whether she gets a pig doll or not. However, I found this change to be perfectly fine. I liked Priscilla a lot, and she brought just as much sweetness to this movie as Tim did.

The art and animation are very good for a direct-to-DVD title, especially one over a decade old. There are some hiccups here and there, but the artwork is very well-detailed, the colors pop and the Looney Tunes move the way you expect them to move. There’s a lot of energy here, and I really like it.