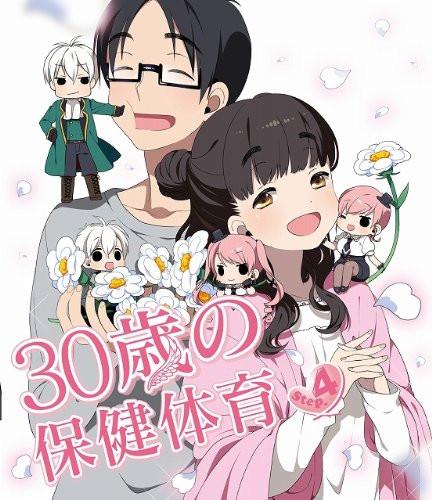 Plot: Based on a novel called “Health and Physical Education for 30 year olds” (Please don’t stop reading) this anime is about a man named Imagawa who has recently turned 30. The god of sex appears in his home, determined to help him lose his virginity. In fact, he can’t and won’t leave until the man has done it with someone. The anime follows Imagawa through his love life as he finds the one to which he will lose his virginity.

Along the way, Imagawa meets a girl named Andou, who is also a 30 year old virgin who also has a god of sex helping her lose her virginity.

Breakdown: No, that’s no typo in the rating, I really give this anime a high mark. Why? Because it was very funny, the characters were very likable (Barring Andou, kinda) and the story was actually believable (barring the….well, you’ll see in a minute) Sure, this anime got somewhat pervy sometimes, but everything was censored. And I mean everything.

When I first read the premise, I was sure this was going to be insanely perverted, sexist, offensive to virgins and just overall trash. But, to my surprise it’s only slightly perverted and slightly sexist (It’s on both sides of the genders though) and really quite good. I still don’t agree with the initial mentality of “if you’re of a certain age and you haven’t screwed someone yet, you’re a loser” but that mindset seems to wane over time, so it’s not a big issue.

What’s even more is, I liked the characters a lot, and when they left for heaven, they did it in a fairly sad manner. I didn’t cry, but I did feel emotional.

Daigorou is the first sex god to appear and he’s assigned to Imagawa. He seems to think of nothing but his job and doing his job well. However, later we see a little more to Daigorou as he seems to care more about Imagawa’s happiness than ditching his v-card. He’s also the funniest in the bunch, in my opinion.

Macaron’s very cute and not that irritating like other little kids in anime. He’s the little brother to Daigorou and the second god to appear. Imagawa had a point, though, if not a somewhat creepy note. How does Macaron call himself a sex god when he’s too young to have had sex?
He seems to know as much about sex as his brother, but….I don’t even wanna think about it. He’s still a cute, adorable little kid, though.

Kuu and Pii are the female love goddesses who mentor Andou. Though they’re twins you can easily tell them apart. Kuu’s the one with the sailor moon-esque hair and she’s more vocal than her sister. In fact, Pii acts more like Macaron. Kuu’s no where near as stoic as Daigorou, though. I can’t say they particularly annoy me. I like the boys better, though.

I don’t particularly like Andou. I thought I was timid, damn. Andou’s really timid and kind of a pushover. She’s not the worst female lead…They could’ve done FAR worse, but, still. The male half of the cast definitely holds stronger than the female side, which is disappointing.

I can’t really put into words how….weird this anime gets sometimes. Not only do we have gods of sex helping 30 year olds put out, but we also have a god of virgins, who just happens to be Imagawa’s landlord, Macaron looks to be like 8, but when he first appears he’s in the form of a young girl that looks like she’s about to have sex with Imagawa. Don’t worry, he never touches him.

The gods get sick and the cure is cooking stew or something on their heads, And we also have Andou’s weird-ass AKfield which is a force field she emits when she wants someone to get away from her. In the final episode in which it appears, she even goes so far as turning into an android and beating up Imagawa with her robot boobs…

And then no one ever mentions it again.

We even have a weird Dragonball Z reference when Imagawa leaves Andou after a fight. He finds the virgin god in the desert and he trains him to use the Virgin Ball (Which acts exactly like the Spirit Bomb, except taking the energy from virgins…and the shape is…like a….sperm….)

It’s all done in a funny manner, but I will say there’s stuff I didn’t enjoy about it.

I didn’t like how Andou was so upset over Imagawa leaving that she became a shut-in and got fat. Or how Imagawa was so upset over Andou forcing him to trash his blow-up sex doll that they had a big fight and he left on a journey. Dude, you have a real girlfriend now – give up the sex doll. Or when Andou got jealous of the sex doll and imagined competitions with her. This would’ve been funnier if the competitions weren’t sexist (Cleaning contest, cooking contest)

Still, I enjoyed it, and there was something clever at the end of each episode. At the end credits you’d see Andou and Imagawa as babies, then the next episode as toddlers, next episode as small children and so on and so forth. I believe this was signifying their maturity through time with the gods.

Art and Animation: Very nice, even though a lot of it looked like it was done in Flash. Not that that’s, by default, a bad thing, though. Kinda makes some scenes funnier.

Music: Ehhh, average. The ED’s the most standout song.

Bottomline: It’s an enjoyable, funny, short anime with likable characters and a relatable storyline, even for people who aren’t 30 year old virgins. It may teach you something amidst the weirdness.

The anime was directed by Mankyu, written by Ryo Akiyama and produced by Gathering. It does not currently have a US license.

Recommended Audience: I don’t even know how to gauge this. There’s no swearing, but lots of sex talk and sexual visuals. However anything sexual in nature is censored. They won’t even show french kissing, with fake mouths no less. Even the most clueless can get what’s in the picture (if it’s just blurred and not covered in the total censor) and there’s still tons of fanservice…Kinda implications of physical romance with a kid (even if nothing happens) 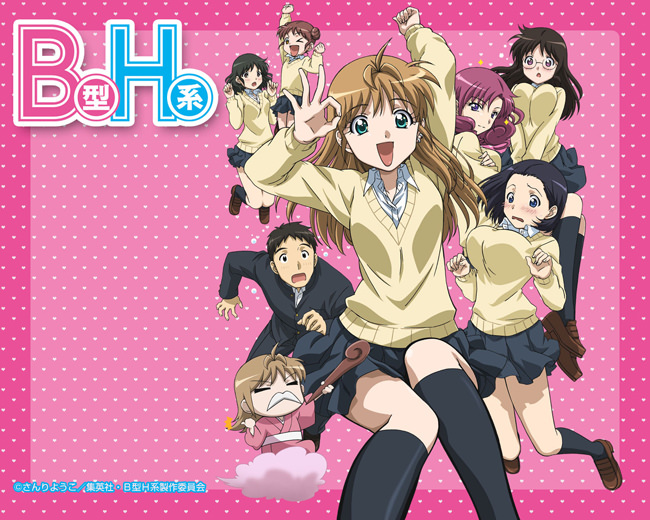 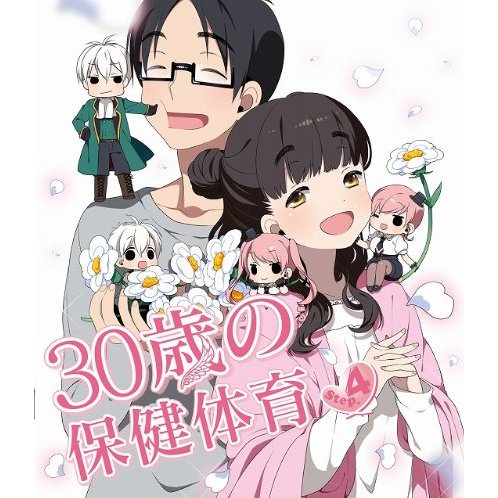