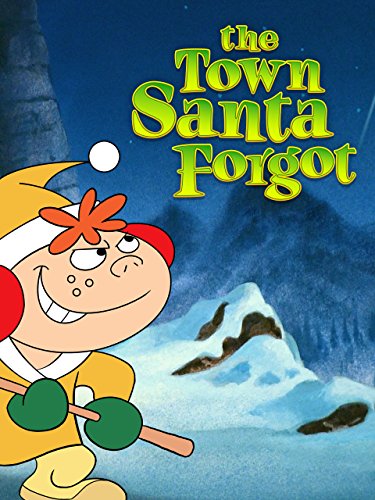 Breakdown: This is a special I’ve definitely heard of, but I don’t think I’ve ever seen it. It’s certainly a heartwarming special. It’s short, sweet and to the point. It has plenty of Christmas warm fuzzies, and I can totally see this being on someone’s must-watch list every holiday season.

Jeremy is one of the biggest brats I’ve ever seen in animation, and his parents are bigger enablers than Angelica’s. He just constantly demands mountains of toys, and if he doesn’t get them he throws the loudest tantrums until he gets what he wants, and his parents almost always give in. Everyone in the neighborhood is sick of his tantrums, and the kids around town are sick of him bragging about his toys (of which he doesn’t share, obviously.)

While the story is sweet, I kinda find it hard to believe that Santa just overlooked an entire town of people. They act like the town is so small that they never noticed, but like….a population of 8800?….come on. My town has a population of 1800.

Isn’t Santa supposed to be omniscient? Didn’t any of these kids ever send a letter to Santa at some point? And what a coincidence that the town in question just so happens to be one where everyone’s dirt poor.

I also thought it was sweet that Jeremy got to be Santa’s helper after this……even though….ya know…………he didn’t do the good thing on purpose. He may have changed after he realized how happy his toys made everyone, but it was a total accident. He didn’t intend on those kids getting his presents. Wouldn’t it have been nicer to make one of the children from Jeremy Creek (the town, not the kid) his assistant to maybe help make up for an eternity of never visiting them on Christmas? How did Jeremy outgrow the sleigh? Santa is surely bigger, and you clearly showed earlier that one of his powers is to smush himself into smaller/thinner forms to get down chimneys and rain spouts. He can’t help make room for a 12 year old?

Despite my grumblings over the details, this is still a very sweet special to watch around the holidays. I think the twist at the end was kinda cute too. I’d certainly watch it again.

If my work makes you feel jolly and you’d like to send some Christmas cheer my way, please consider leaving a gift under my Ko-Fi tree. Every donation goes to helping me pay my bills and keeping this blog running like Santa’s Workshop. Thank you! Merry Christmas, Happy Holidays and have a Wonderful New Year! 🎄☃️