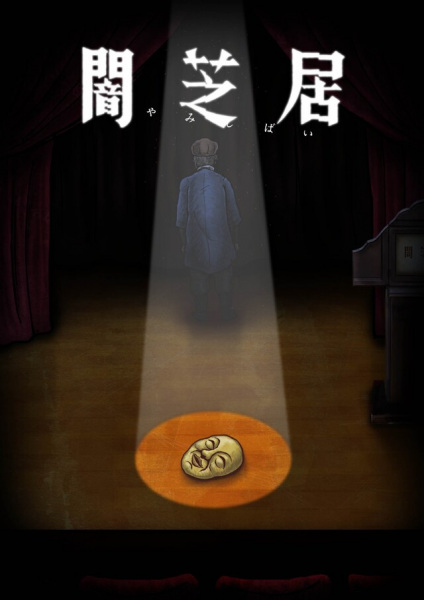 Breakdown: I was very happy to hear that Yami Shibai was already airing a season ten while I was reviewing season nine for Animating Halloween last year. As of this writing, there hasn’t been an eleventh season announced, but despite this season kinda coming off like maybe it might be a grand finale, I’m hopeful it will come back sometime in the future.

However, if this is the last hurrah, I’m satisfied with how it went out because this season is one of the best Yami Shibai has ever had.

Episode 1: A Job to Quit – This was a strong story to start us off on. It was the perfect length. It definitely had the creepiness factor locked in with the mannequins, and it was a fairly unique premise.

Episode 2: Ending Note – There’s a whole lot going on in this episode. It’s quite the emotional roller coaster for a five minute story, and the fact that they pull the rug out from under you in the end was very effective and shocking. Definitely a sadder entry than scary, but still a very good story.

Episode 3: The End of the Day – One of Yami Shibai’s more unique entries, and definitely one where you need to rewatch it a few times to really work out what exactly happened, but I liked it a lot. I choose to believe it had a more hopeful and bittersweet ending than a tragic one.

Episode 4: Last Train – My main gripe with this episode is the possibility that they’re perpetuating stigmas against mental illness, particularly depression. Otherwise, I did call it the weakest of the lot so far, but even then it was still a pretty good episode.

Episode 5: The Last Customer – The art in this episode is some of the creepiest they’ve ever had without stretching out too far into the realm of being unrealistic. I mean, technically, this is just an elderly lady, but she’s designed in such a manner that instantly freaks you out when she’s on screen. While I do think this was a decent one, and certainly had scare value, my main issue here was that the lesson, if there was one, was extremely muddled and messed up.

Episode 6: Trash Drop-Off – Sadly, this is certainly the closest this season gets to a stain on an otherwise really strong season. I do think the premise is quite workable, and you could have had some really scary and messed up imagery with the trash compactor they reveal in the end, and you can have some emotional turmoil with the “most prized possession” gimmick, but instead they poorly explained the rules behind this garbage truck and broke the rules they did establish. I still don’t understand how the episode went the way that it did.

Plus, after I posted that review, I realized that this episode may be borrowing a bit from a previous Yami Shibai episode in season six, Swamp Offering. That episode had a similar premise, only you were meant to sacrifice your most precious item to a swamp to protect yourself from harm, and if you didn’t give up that item you’d be taken away by the ‘muddy,’ That episode was similarly sloppy, but I think it worked better than this one by a significant margin.

Episode 7: What Happened in the Tunnel? – Not the strongest of entries, but still pretty memorable and a mixture of sweet and crazy. It’s one of few Yami Shibai entries where I still can’t decipher what exactly happened or give a strong theory to it, but I feel like this is also a rare instance where that doesn’t matter too much. The ending is confusing, but it’s also where the sweetness comes in. That man’s dedication to his girlfriend is very heartwarming, which makes what happens to them all the sadder.

Episode 8: Wristwatch – This episode had all the makings of being a bad or silly episode, but it really wasn’t. I had a fun time working out exactly what happened, and it wasn’t so vague or messy that I felt like I was making up the story for them – the story beats were there, I just had to pay close attention. The presentation in this episode alone was strong enough to carry it as well.

Episode 9: To My Future Self – This episode really made me think they were gunning for a depressing vibe than a scary one. Like I said in my tag for that episode, how much would it suck to find a DVD from a past version of yourself who winds up massively disappointed that you turned out badly/didn’t achieve your dreams? However, they pulled a 180 on us, and I think it was pretty effective. It was less scary than some people claimed it was, but it was a solid episode.

Episode 10: The Other Building – I don’t think I should have said this was possibly one of the weakest entries in the season since that definitely belongs to Trash Drop-Off and nothing else. Looking back, this episode’s worst sin is that it’s too obvious, but otherwise it creates a decent degree of atmosphere and tension.

Episode 11: Bye-Bye – This episode definitely has creepy atmosphere to it, and some really good audio, but it’s still eclipsed a bit too much by how funny the constant “Bye bye”s are. Just on entertainment value alone, this episode holds a special place in my heart. I can’t help it. BYE BYE!

Episode 12: Pinky Promise – While not really scary or even creepy, this episode was ‘dark’ in the manner of just feeling sorry for the ‘fake’ wife. It was definitely a good and well-written episode that I enjoyed.

Episode 13: The Hundredth Story – Closing out strong, we have a good old fashioned episode about a bunch of teenagers going to some abandoned location to do something spooky. It had good pacing, really good atmosphere, pretty strong creepy vibes, and I love the way they ended it. The only real issue I have with it is that I still can’t wrap my head around these kids managing to tell a hundred horror stories in one night. All with a hundred candles burning. Not a one of them got exhausted or ran out of material and the candles never melted even a little let alone to the point of burning out.

All in all, I really enjoyed this season. There are rumors that this is the final season, but as far as I’ve been able to tell there’s nothing official labeling this season as such, so it’s all just speculation likely stemming from how final the ED feels. As I said, if it is the end, then I’m pretty fine with it going out this way. Sad, but content. I do hope we get more seasons in the future, though, just because this series is such as a staple of Animating Halloween, and I do really enjoy it, but only time will tell.