Episode 1: A Job to Quit 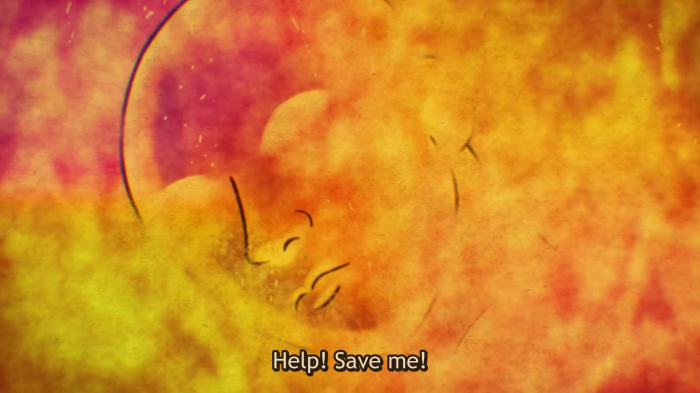 Plot: A man asks his friend’s advice on quitting his job when he shares an emotionally draining aspect of his work.

Our first episode of this season involves mannequins, so we’re already starting strong. A man works at a mannequin factory with the specific job of checking for defects. The defects in question are any mannequin heads with the ability to talk. He is forced to throw the mannequin heads into the incinerator if they can talk, forcing him to listen to their screams as they melt away. He asks his friend if he should quit his job because the emotional turmoil is getting to be too much for him, and that’s about all I feel like spoiling for this one.

I think this is a very strong episode to start us off on. Some really creepy visuals, some legitimately scary screams and it fits very well within the five minute format. It, for once, doesn’t leave off on a cliffhanger. I really enjoyed it.

Our opening this season is a rather blasé shot of the narrator in an empty playground presenting the story to no one. The ending is much more interesting. It shows the narrator in an empty auditorium and he takes his mask off as he’s about to leave. While we don’t see his face, we do see the inner side of the mask, and it’s all dark and has a few red seals in it.

The ED is okay. It’s a bit of a rough listen because it’s mostly just acoustic guitar with vocals. It’s like someone threw it together on the fly. But does that make it bad or does it add to the unsettling ambiance? You be the judge.

Plot: A trio of siblings clean out the apartment of their estranged father after his passing until they find a heartbreaking note.

Breakdown: Excuse me. Let me just pick my jaw off the floor.

Sometimes, Yami Shibai can be quite sweet. In certain stories, the darkness of the tale lies in the sadness and tragedy or the bittersweet situation – not in horror. I really thought this one was heading in that direction.

Hoo boy, was I wrong.

I don’t want to spoil this one either besides saying that I’m not 100% certain on how much I like the twist at the end. It was indeed creepy and definitely shocking, but it was one of those endings where I ultimately felt more sad than anything. That’s not a bad thing, though, so I don’t know if I can find it within myself to ding it for that.

Overall, this episode was certainly well-written and managed to throw me for a loop in a fairly good way.

So far, I’m quite impressed with how this season is turning out, and it seems many fans are having similar responses. Hopefully, the season maintains this momentum throughout the entire run.