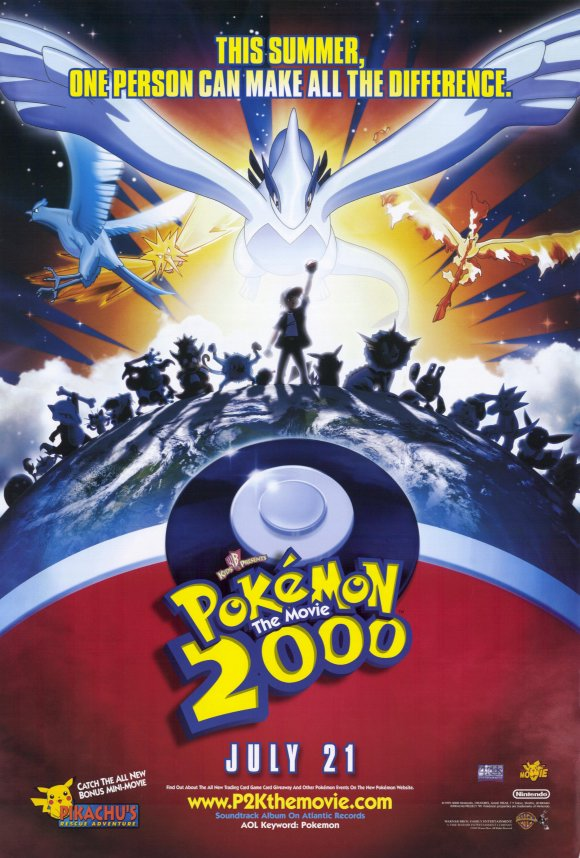 Before I start, I’d like to note something funny I found in the 1999 financial report for 1998. 4Kids stated one of their concerns for operating in the year 2000 was Y2K. There’s an entire section outlining the issues they think they might have to deal with in regards to their systems rolling over into the year 2000. They even said that they might not be able to license certain things in that year because their clients and licensees might not be “year 2000 compliant,” and, yes, they include a note about the biggest concerns being “disruption of television broadcast signals, including satellite distribution and commercial integration vendors as a result of the general failure of systems and necessary infrastructure such as electrical supply.”

I know Y2K was a big concern back then – it was an issue no one had any frame of reference for since this was a unique situation – and it’s not like 4Kids was the lone paranoid one since the entire world for the most part was losing their shit, but looking back it’s kinda funny to stumble upon such significant concerns about what wound up being pretty much nothing. Although some people say the reason it wound up being mostly nothing was because of intense Y2K preparedness, some countries that did little to no Y2K preparedness basically experienced the same minimal effects, so yeah.

Getting back on topic….

It’s the year 2000, when absolutely no one could resist the siren call of giving literally every title of everything that was released in that year the suffix of ‘2000.’ In comes what 4Kids would title Pokemon the Movie 2000. Or, if you’re actually watching the movie’s title screen – Pokemon: The Power of One.

As 4Kids was working through the second season of Pokemon, also known as the Orange League, the first sequel in what was going to become a seemingly never ending Pokemon movie franchise was released in Japan on July 17, 1999 – Pocket Monsters the Movie: The Phantom Pokemon – Lugia’s Explosive Birth, and, almost immediately after, it was handed to 4Kids to be dubbed, localized and released in English.

Pokemon the Movie 2000 had a very similar and even bigger marketing campaign as the first movie including nearly the same Burger King toy tie-ins, which had now been made safer to avoid suffocation hazards (Such as the previously mentioned warnings as well as poking an air hole in the plastic) and included new toys, and giving away Wizards Black Star promotional cards in theaters – this time of Moltres, Articuno or Zapdos. However, the most notable promotional change to the second movie was introducing an entirely new and incredibly unique Pokemon card – the Ancient Mew card. 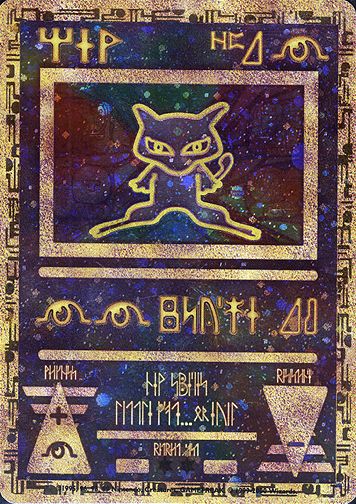 Only those who attended showings of the movie in the first week of release and at participating theaters obtained an Ancient Mew card with their ticket purchase. I was one of those people, and the Ancient Mew card has remained one of my absolute favorite cards over the years. The card technically had the same information as normal Pokemon cards, but the color of the card was changed to make it look like a holographic/rainbow-ish almost stone slab, and the text was written in medieval Futhark Runic and Gothenburg Runic.

The Ancient Mew card was carried over from the same marketing campaign in the original Japanese release of the movie, but unlike in the States where they were given away for free with the movie ticket, the Japanese versions were sold inside of a movie pamphlet explaining some background and plot details of the second movie, including quite literally any information on the main villain of the movie because they didn’t bother actually including that in the movie. American audiences were not offered any such pamphlet, so they were left largely in the dark about anything involving him.

Making the Ancient Mew card a part of the promotional campaign in both the US and Japan (as well as several other countries) worked like a charm, but it was quite confusing. Mew never appears in the movie at all, and the Ancient Mew card Lawrence III has gets absolutely so explanation. It randomly appears in the ending in the rubble of Lawrence’s ship. He claims this card was the start of his collection, and that he’ll restart his collection with that same card, and that’s it. Whether that’s meant harmlessly or not is never made clear.

Apparently, the card was going to play a bigger part in the movie, somehow, but those aspects of the film never made it beyond the earliest stages, leaving only brief glimpses of the card, rather randomly. Takeshi Shudo, who wrote the screenplay, took responsibility for the card being left in the film at all as he intended to have it entirely cut from the film if the rest couldn’t be included, but somehow that shot still wound up in the final cut.

I’d like to know what the card even is, because it’s not like they based this card on a stone slab or something – it’s still a normal card in the movie. How did ancient people make a Pokemon card and why?

While the movie was still incredibly popular and even did slightly better with critics, Pokemon the Movie 2000 didn’t do quite as well as the first Pokemon movie, earning $9,250,000 at the box office in its premiere, $1mil less than the first movie, only reached third place at the box office, two spots below the first movie’s coveted first place spot, and ended its US run with $43,758,684 in total domestic returns, $42mil less than its predecessor. It was still a big success, but not quite the same level of success that the first movie garnered.

Additionally, the film still wound up getting nominated for Stinkers Bad Movie Awards, being nominated for Worst Achievement in Animation and The Remake or Sequel Nobody Was Clamoring For. It lost the first award to Digimon the Movie, and the second it lost as well, but wasn’t even a direct nomination because it was lumped together in the “All Films with “2000” in the Title” group. I’m really starting to understand why these awards ended. It actually seems like it’s somehow less fair and worse than the Razzies.

Pokemon the Movie 2000 managed to get away with not being as mangled as the first movie. More or less all of the original scenes are intact, and the story is essentially the same, but 4Kids changed the tone or message of the movie to be more towards the power of one person rather that the power of individuals working together, leaned more into ship tease between Ash and Misty, and, of course, changed the entire soundtrack so they could sell their own pop music heavy soundtrack as well as their separate orchestral soundtrack.

You can find the full breakdown of the changes 4Kids made to the movie on Dogasu’s Backpack here.

Like before, the movie came accompanied with a short, this time titled Pikachu’s Rescue Adventure. And again, like before, the dub’s version of the short had the same changes in that it removed the credits, changed the entire score and messed with the narration. Except where Pikachu’s Vacation changed the narrator, the dub short just removed the narrator entirely and let audiences try to follow the story by themselves. And no movie-related dub would be complete without a misidentification, this time incorrectly identifying a Poliwrath as a Poliwhirl.

One more note about 2000, however, is the Brock and Tracey…..let’s call it a controversy.

When Ash and Misty entered the Orange Islands, Brock left the series to be with Professor Ivy and learn about Pokemon with her. In came Pokemon Watcher, Tracey Sketchit, winner of the most on-the-nose last name award, to replace him as Ash’s second companion. According to Pokemon anime director and storyboard artist Masamitsu Hidaka, the reason Tracey, known as Kenji in the Japanese version, was created was because they realized Pokemon was taking off globally and were worried Brock, known as Takeshi in the Japanese version, would be viewed too much like a Japanese stereotype given his eye design, even though no one had complained about it in any region. Kenji/Tracey was created explicitly to look “tall, white and Anglo-looking” for the sake of preventing any stereotypes.

……*lip smack* Really is kinda funny looking back considering that they’ve gotten in trouble more than once for instances of perceptions of blackface with Jynx and even Ash himself way later in Sun and Moon, and needed backlash to realize the issues there, but with Brock they almost immediately pulled him entirely with basically no backlash to prompt it. I should be clear, though, that Hidaka’s the only person who has said this and, as far as I know, this claim hasn’t been backed up by anyone else, but it is very difficult to dispute. Even without that statement, it’s how Tracey’s character came off to so many people.

Brock would return a season later when Johto came around because people missed Brock and they realized that people didn’t care how he was designed, they just liked him as a character. Brock would remain as Ash’s companion for several years, being one of the longest running regular characters on the show, until Black and White when he would finally retire fully from being Ash’s companion in order to study to be a Pokemon Doctor.

Over in lawsuit land, we have Morrison v. Nintendo (and 4Kids) – Sued for supposedly infringing on their trademark for Monster in my Pocket. In 2001, the suit was dismissed, but the plaintiff filed an appeal. In February of 2003, the appeal was denied and the dismissal was upheld.

Then we have EM.TV and Merchandising AG v. Nintendo (and 4Kids) – Sued for breaching some contract agreement for Pokemon television broadcasts? It’s really unclear. The matter was settled a year later with no damages awarded, but some undisclosed amount paid as an amount owed.