Skip to content
HomeMy Poke-Pinions | #46 and 47: The Paras Line 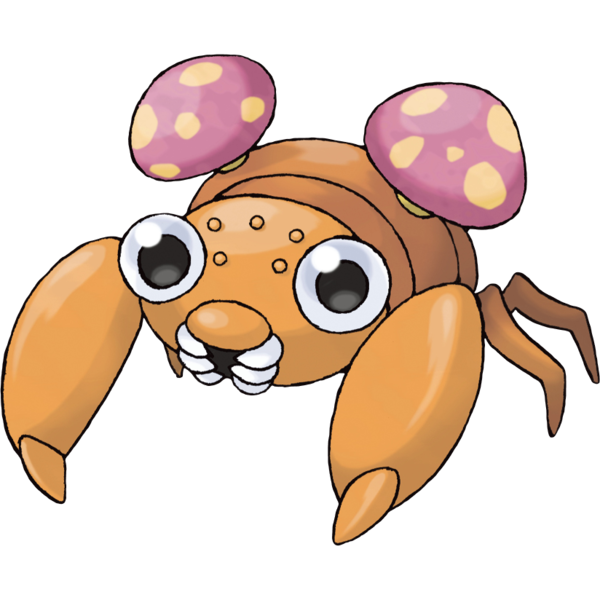 Name: Paras’ name is the same in English and Japanese, and it’s based on the word ‘parasite.’ I get what they were doing with this name, but I spent my entire childhood and most of my adult life believing its name was meant to be a play on the word ‘Paris’…..Just ‘Why is this little mushroom tick named after a city in France?’

Am I the only one who thinks its name would be a million times better if it was just Para? Heck, even Rasite would mesh better than Paras, if you ask me.

No fun facts this time because nearly every other country just kept Paras’ name the same because I guess no one gave enough of a damn about Paras to come up with a better name. In Cantonese, they made Mohguchuhng, which means ‘mushroom bug’ and that’s the best we got.

Design: Paras’ design is fine….It’s a bug….with mushrooms on it. It’s kinda cute, I guess…a little.

Sprite-wise, R/B looks really off. Its eyes are on top of its head for some reason, and it looks like it has a bit of a snout.

Yellow has a similar coloring issue as Oddish, Gloom and Vileplume. It’s extremely orange with barely any other discernible colors.

Everything else is fine, however, we do encounter something I’ve never seen before once we enter Gen III.

In Gens I and II, Paras is a deep orange color

and its shiny is this incredibly ugly light yellow-ish brown color. Seriously, this one of the least appealing shinies I’ve ever seen. It’s horrible.

In Gen III, however, they switched the color palettes. Now the regular version is a more yellow-ish color

and the shiny is a deep orange?

And in FR/LG the shiny has yellow mushrooms for some reason.

In later Gens, the color gets changed again to a deeper orange while still not being quite as deep of an orange as the shiny.

As I mentioned, it’s a darker orange Paras. They took a Paras, turned up the color saturation and called it a day.

At least we no longer have that gross Gen II shiny, though.

Dex Entries and Backstory: No matter if Paras is boring at face value, there’s no denying that it does have some creepy and interesting backstory to it. Paras is a bug with parasitic mushrooms on its back. The mushrooms are sought after as ingredients in vitality medicines. Paras spends its days constantly eating tree roots, but it is never satisfied because the tochukaso mushrooms on its back steal all of the nutrients from the host body, meaning the actual body of Paras is technically always starving. In Crystal, it’s even explained that the parasitic mushrooms are actually telling Paras to eat the juice from tree trunks.

Paras lives such a sad life. It’s constantly being starved by the mushrooms on its back, and those same mushrooms are plucked off by medicinal researchers. The mushrooms just grow back when they’re cut off, so it’s not even like Paras is freed after this. Jeez.

But as we’ll see, Paras kinda has it easy compared to Parasect.

Also, even though Paras, to the best of my knowledge, doesn’t have an alternative Alola form, the Dex entries note that Paras’ mushrooms don’t grow quite right in the Alolan environment.

Design-wise, the tochukaso mushrooms are based on caterpillar fungus, found in Southern China, Bhutan and Nepal. These mushrooms latch onto the larva of ghost moths, kill them, frickin’ mummify them and eventually sprout a fruiting body that is used in herbal medicines in China. In folk medicine, it is believed that the caterpillar fungi has great properties since it is a rare merging of animal and vegetable. The fruiting bodies of caterpillar fungus contain Cordycepin, which has been found to be very useful as a therapeutic compound, such as treatment in depression, and it has recently found some success in combating leukemia. I couldn’t find where they got this information, but the tochukaso page also says the fungus is used as a aphrodisiac, and that it treats fatigue and cancer.

I won’t go on and on about the caterpillar fungus since this is all you need to know in connection to Paras, but check out that Wiki link – it’s fascinating.

The body of Paras is said to be based on the cicada nymph, which…. 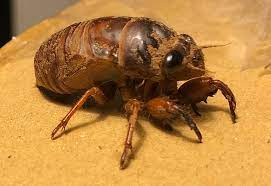 I dunno, I guess maybe. In the legs at least.

The concept of Paras is also suggested to be based on ants that sometimes get parasitic mushrooms, also known as zombie-ant fungus, attached to them that takes over their brains and juts out of their heads and back. The fungus legitimately does turn them into mind-controlled zombies since, once the fungus takes over, the ant will be compelled to climb a leaf stalk and stop at exactly 25 centimeters, which is the optimal height for this fungus to grow due to having the best temperature and humidity. The ant just hangs there with its mouth latched onto the leaf while the fungus grows. Eventually, the fungus grows a bulb full of spores that will bust and rain spores all over the ant’s unwitting brethren who will then also be infected by the fungus and turn into zombies themselves.

Finally, the mushrooms could be based on massospora, which is a type of fungi that commonly infects cicadas and produces a psychoactive effect. 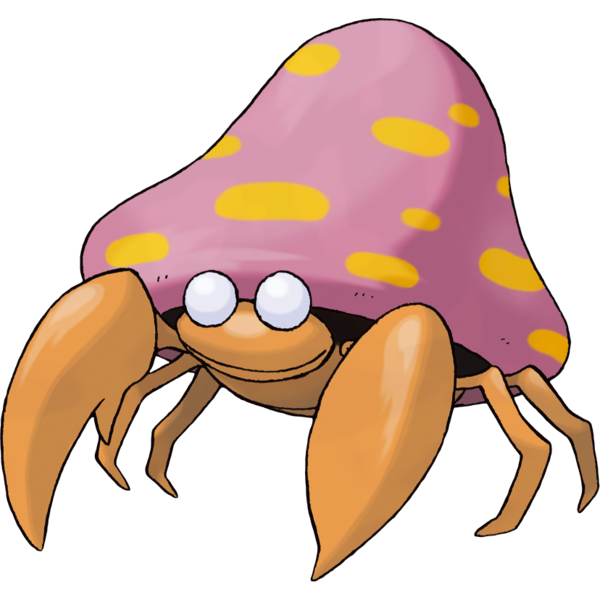 Like before, its name is the same in Japanese and English, and every region barring China (in Cantonese anyway) keeps the name the same. In Cantonese, Parasect’s name is Geuihguchuhng, which translates to ‘giant mushroom bug.’

Design: Parasect technically looks fine. It has one giant mushroom instead of two small ones. It retains the poky pincer front legs, and the vacant white eyes definitely reflect a darker aspect of this Pokemon that we’ll go over in a second.

It does look a bit too much like a hermit crab, though. If you’re not looking at it from the right angle, the mushroom on its back can just look like a cone-esque shell.

Sprite-wise, the coloring issue Paras had doesn’t seem to have ever been present on Parasect. It was more orange-y in the first Gen, got a bit too red in Gen II, but then stayed consistent at red and orange-red/burnt orange, until Gen VI where it suddenly became gold and a fleshy pink color for some reason? It’s really, really ugly now. 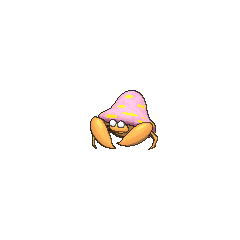 Gen II’s shiny is the same yellow-brown gross mess that shiny Paras was. However, in later Gens, it has more of a gold or light/yellow-orange appearance to it, which is pretty nice.

Dex Entries and Backstory: Unlike Paras who is only partially compelled by the parasitic mushrooms on its back, Parasect is fully taken over by it. The parasite is so firmly in control of the bug portion of Parasect that Ultra Sun even states that the bug is mostly dead, leaving the mushroom as the main living organism. If the mushroom is ever somehow removed from Parasect, it will stop moving and presumably die.

Parasect typically live in cool, dark places, though, again, this is by will of the mushroom since that is where mushrooms thrive. Parasect will sometimes move in swarms that attack trees, drain them of their nutrients and kill them, simply moving on to another tree when they’re done.

Parasect is constantly spreading spores from its mushroom. These spores are used in medicines in China, and yes they outright say China several times, once again muddying what world Pokemon is meant to take place in.

I had wondered how Paras gets infected from birth, because its Dex entries stated that spores are sprinkled on them from birth, which is what causes the mushrooms to grow on their backs. I got my answer when Crystal explained that, when Parasect is so drained of energy that it dies, the mushroom will leave spores on the Pokemon’s eggs, seemingly infecting the newborn Paras.

In Gen VII, Parasect starts having territorial disputes with Shiinotic, and the spores from Alolan Parasect are not considered as good as those in any other region, but, again, Parasect never got an alternate Alolan form.

And that is Paras and Parasect – the usually overlooked, underappreciated walking tragedy of a Pokemon. These two still aren’t climbing any favorites lists for me, but I can’t deny that they have a really interesting story to them, even if it is terribly sad. Their entire species is geared towards suffering and basically becoming a zombie. And they don’t even have a chance at birth. They’re infected in the egg. It’s awful.

Next time, it’s the Veno line!