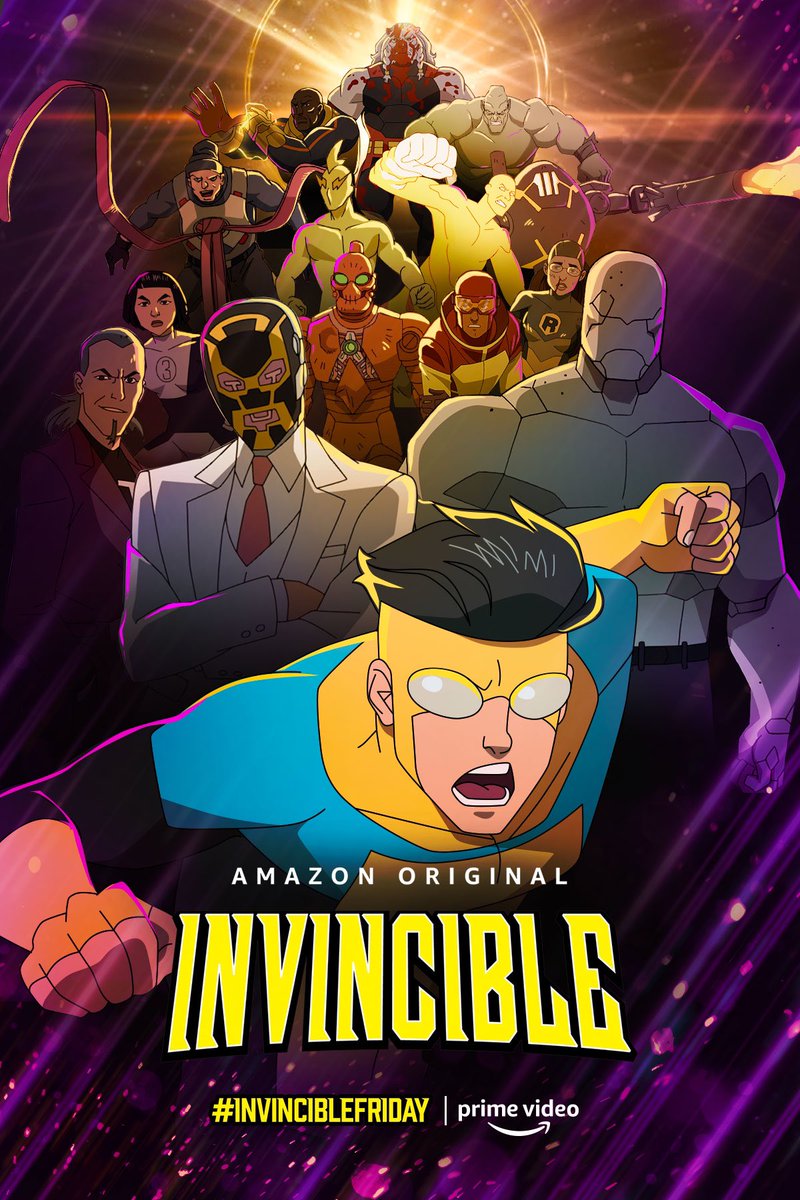 Plot: Growing up with the strongest superhero on earth, Omni-man, as a father, Mark always looked forward to the day he’d develop superpowers and follow his dad into the skies to fight crime. However, at age 17, he had yet to develop a single power. It seemed like Mark was destined for a life as a normal person, like his human mother, until he finally started displaying superhuman abilities. Under his father’s brutal yet caring tutelage, Mark finally suits up and gains his footing as the superhero Invincible.

Breakdown: As a big fan of superheroes and cartoons, I couldn’t ignore the hype train surrounding Invincible – especially after the finale aired and blew up Twitter with shocked and amazed reactions (I managed to avoid spoilers, though.) So, I grabbed a ticket for the aforementioned hype train, went down the tracks for a bit and….

Okay, backing up, the first half-hour of the episode is rather by-the-books coming of age superhero story – even hitting the old beats of ‘gets beat up by bully before powers, badasses the bully post-powers’ and ‘really stupid-looking makeshift first costume.’ However, even if it is a tale as old as time, it was a really well-done version of this old song and dance. Tropes and cliches are fine if you can spin them well enough and make them memorable in your own style.

I love how they set such a grounded tone, how well-written and realistic the dialogue was and how brutal Omni-Man proved he could be, even though it’s obvious he was doing it out of love and concern. When he hit Mark for real, I audibly gasped because damn I felt that. But I didn’t hate him for doing that because, well, yeah, he’s going to have to learn how to take hits like that and to always keep his guard up if he wants to be a superhero. It comes with the job. Better he learn that with his dad than out in the field where he could legitimately get hurt.

Mark’s a bit on the bland side so far, but he’s not annoying or unlikable, which is a great thing because he so very easily could have gone that way. I was rooting for him in the end, especially when he finally donned his proper suit.

I was enjoying it all well and good, but I still had the lingering thought in my head….’Hey, when do we get to all that brutal stuff everyone was talking about?’

Then I got to the last ten minutes.

That was one of the most shocking things I’ve seen in ages. It was like Ga Rei Zero’s first episode ending on steroids…and hulking out…..while going Super Saiyan. I really don’t want to say anything more to avoid spoilers, but I’m not kidding when I say my jaw was dropped for nearly all of the last ten minutes or so.

I was going to give this a strong ‘Yes’ before that point, but that ending just completely shattered the idea of thinking about saying ‘No.’ You can’t not continue after seeing that display.

I enjoyed this first outing immensely and I can’t wait to see the rest of the first season, especially if the finale is as shocking as everyone was saying it was. Probably not a suitable choice for people who don’t have a stomach for gore, and maybe not for people just not interested in the superhero genre (even though, honestly, I think even those people would find something to enjoy) but otherwise, this looks like a really incredible show.