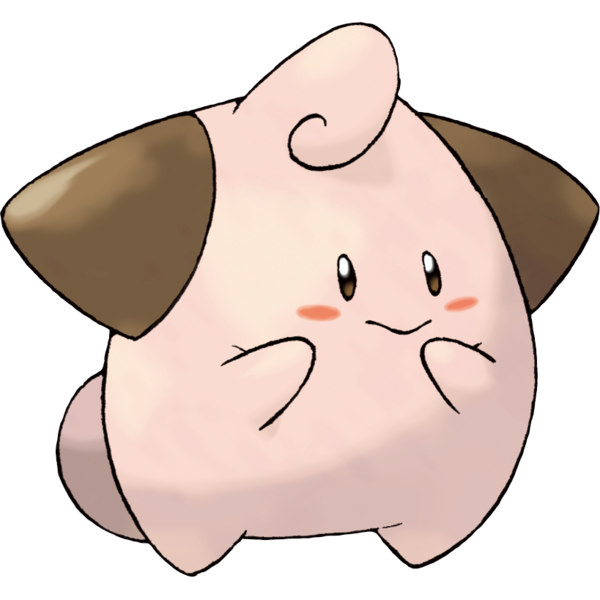 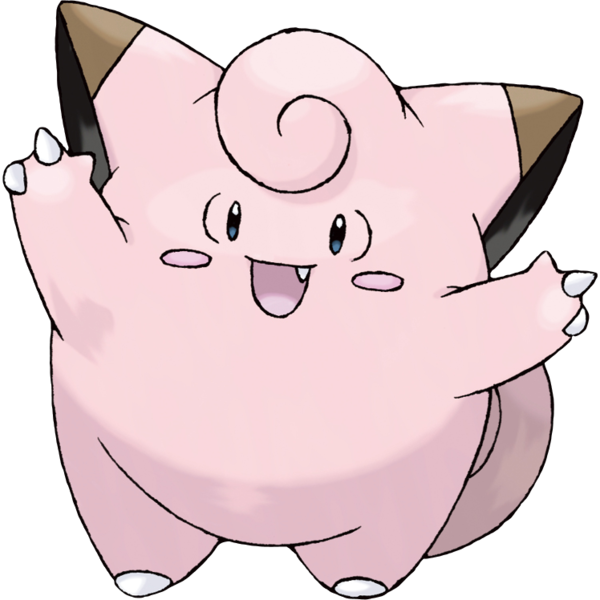 Design: Clefairy is, unsurprisingly, very cute. I can never decide if I like the wings or not. I like that it has wings, because it’s a fairy, but they’re a little too fleshy to be cute. In my opinion, though, overall….it’s a little…too cute. Ya know? All the curls and the pink and the fairy wings. I like it, don’t get me wrong, and I’d take a plushie of it no problem, but it’s just a little overkill to me.

Sprite-wise, I don’t really have much to note in any Gen. They’re all varying degrees of cute. If I had to pick out any as my favorite, I’d say Gen V has the best version because the animation is the arm movements for Metronome, and I thought that was really clever and cute. 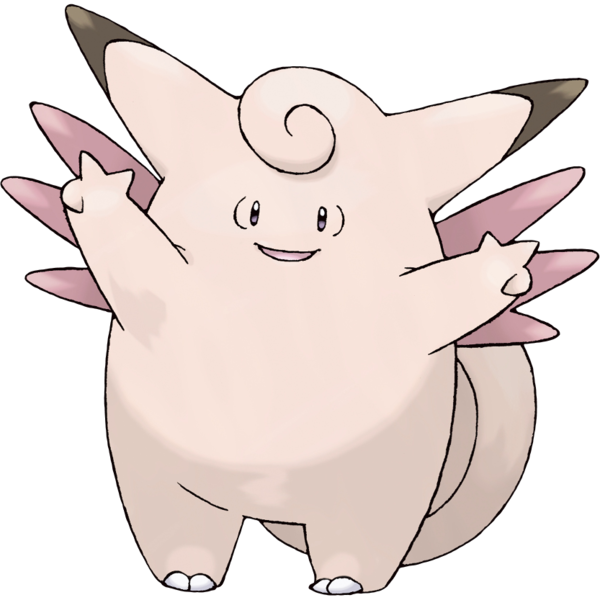 Sprite-wise, it’s also keeping in line with the others. Lots of sprites that are cute, but mostly not noteworthy. The only one I think merits even a little mention is Crystal and that’s just because its animation makes it look like it’s in some sort of cutesy army.