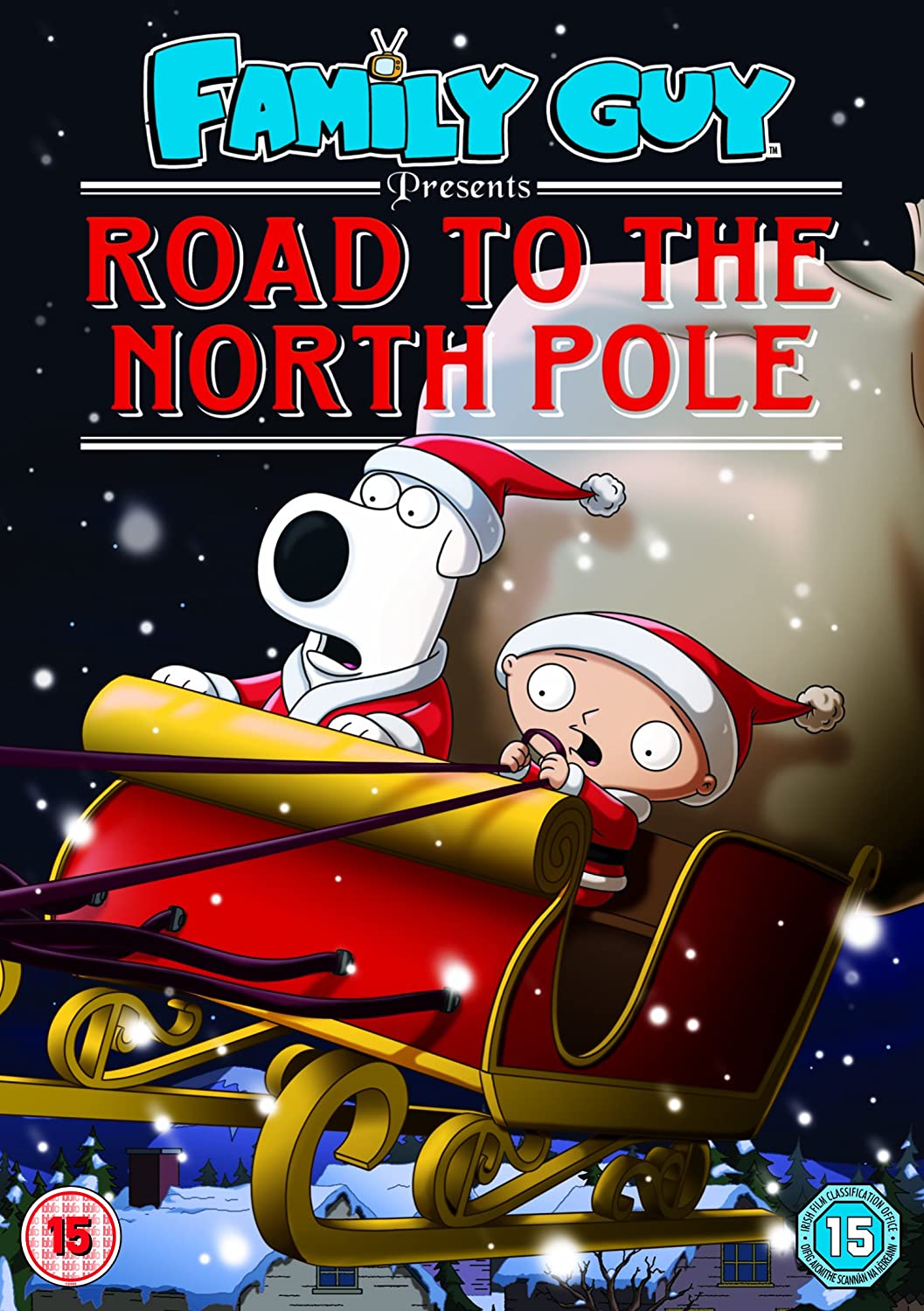 Plot: Stewie and Brian head off to the North Pole so Stewie can kill Santa for not allowing him to see him at the mall. When they finally reach the North Pole and meet Santa, they find that it’s not the land of magic and wonder it once was – it’s a toxic, bloody and demented factory all caused by the ever-increasing greed of people around the world.

Breakdown: Wow. I’ve managed to go up until this very moment without ever reviewing any episode of Family Guy. It’s hard to ever want to review Family Guy because it’s so inconsistent in its quality. Some episodes are abhorrent, some are alright and some are pretty good. As a whole, though, if you don’t like Family Guy or lost your taste for the ever-devolving humor, it’s hard to want to sit through it for review purposes.

I don’t watch Family Guy anymore because, from all I know and have seen of its most recent years, it’s been a steady downward spiral, but a handful of years ago I used to watch it fairly regularly and enjoyed it just fine. They definitely have gone overboard with the cutaways, they have a lot of difficulty knowing when to stop a joke (this episode is no exception) and sometimes they’re just overly dark and terrible for no reason.

I think most people will agree that the show is at its strongest when it’s focusing on one of Brian and Stewie’s adventures, and giving them an “hour” long (read: 42 minute long) Christmas special seems right up their alley.

I vaguely remember watching this special once and the only reason I remembered that I watched it was because of a scene where they have David Boreanaz (in live-action) playing the aurora borealis (Or Aurora Boreanaz because that’s the joke.) and it reminded me that Bones once had an episode where Booth hallucinated Stewie (fully animated and integrated into the live-action) throughout the runtime, and Stewie was pestering him about getting Brennan pregnant the more ‘direct’ way because she had asked Booth to donate his sperm for her to have a kid, and he was having an inner conflict about it, and his hallucinations were caused by a brain tumor………Weird-ass fuckin’ episode. Love ya, Bones, but that broke the weird meter.

Anyway, the special itself is pretty alright. Most of the jokes land just fine and some even had me smiling. Obviously, though, this being Family Guy, they have to add a pretty dark and gloomy slant to this special.

You can REALLY tell the contrast between seasons here. In the first Christmas special they ever did, the worst that happened was Lois went on a stress-induced rampage and needed to be tranquilized. Here, so many terrible things happen. The elves are inbred, practically brain-dead and suicidal, the reindeer are mutated and have a hunger for elf flesh, they cut the arm off of a living elf because he was so brain damaged that he just didn’t notice and they needed his arm to coax the reindeer to fly, and Santa is so overworked in a toxic waste environment he was forced to create that he’s dying and longs for death. And lest we forget the very long sequence in which Brian and Stewie perform a home invasion, nearly (or actually?) beat a couple to death in front of their young daughter…..

Then there are contradictions in the writing. Some of which I can overlook like Santa saying they might not think he looks too bad but he’s actually 28….when he just got done explaining that, back in the day, people just wanted dollies and wooden choo-choo trains – pretty sure that era was more than 28 years ago.

Also, the first Family Guy Christmas special shows that everyone buys presents on Christmas, so why is everyone left gift-less without Santa now?

But then there are some instances where the confusion makes the entire joke not work. The aforementioned home invasion is topped off by Brian and Stewie learning that they’re not even in the right house for what they were delivering….but….the sleigh is just outside, and these people are obviously good and celebrate Christmas….so….just go back out and get the right presents. Why is that the tipping point of that overly long and brutal scene?

But that out of the way, this is actually a pretty decent Christmas special, especially in regards to the songs and the message.

If there’s one area Family Guy usually shines in even today, it’s musical numbers, and this is no exception. While there are only two songs in this special, they’re very catchy, kinda funny and memorable songs.

As for the message, it’s a less cheesy but tried-and-true ‘stop being so greedy’ message. It doesn’t go so far as to basically tell you you’re bad for wanting anything on Christmas, like many Christmas specials seem to imply, but moreso just chill out and roll back with the expectations and demands. Just ask for one thing. Don’t pile it on. And….yeah, that message works just fine with me.

As much as I prattle on about the true meaning of Christmas and making of it what you want it to be, like I am some sort of Christmas special protagonist, there’s no getting around the fact that presents are a big part of Christmas. Gift giving and receiving is common in many holidays and traditions, and that’s Santa’s whole shtick. There’s no shame in it. It’s just when we go overboard with it that it becomes a problem. So dialing the greed back a bit and being happy with what you get is a more suitable message in my opinion.

Throughout the special, there are live-action interludes and narration by Ron MacFarlane, Seth MacFarlane’s father, and he does a fine job making those traditional old narration interludes funny. They’re not terribly funny, but they get the job done, and his voice is actually rather nice for general narration.

Overall, if you currently hate or never liked Family Guy or Seth MacFarlane (though he hasn’t written for the show in years), this special won’t sway you into enjoying it, but it is a solid Christmas special as long as you can stomach some crass humor and gore.