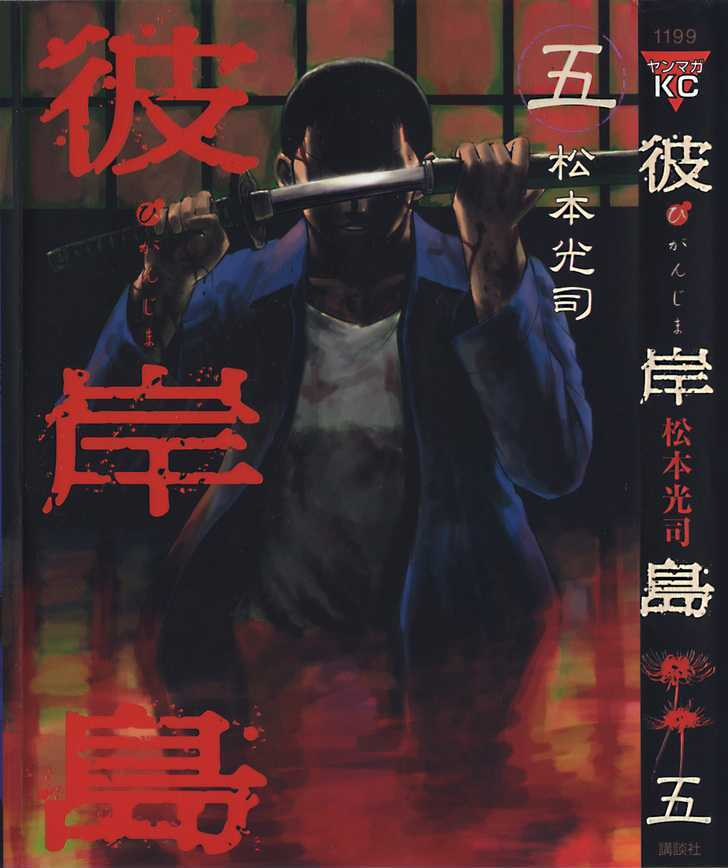 Plot: Akira manages to free Atsushi from Miyabi’s mind control, and the group makes their escape. Most of them make their way across a rope bridge, but Atsushi chooses to stay behind for the sake of buying them time and getting his revenge on Miyabi. As he brandishes his sword, we learn why exactly Atsushi has such a personal vendetta against Miyabi.

Breakdown: Fresh off the heels of Atsushi being mind-controlled by the newly revealed main baddie, Miyabi, and Yuki supposedly being stabbed by him, this volume is actually more about backstory than anything.

I was relieved that the most badass person on the team wasn’t going to be a puppet of Miyabi for long, although I have mixed feelings about the backstory between the two.

Two years ago, Atsushi came to the island to get a marriage blessing from his beloved Ryouko’s parents. To do so, he had to present an offering in a shrine that the villagers were afraid of. It’s fine if you leave it alone, but Atsushi’s curiosity got the better of him and he couldn’t help but enter. There were legends of vampires surrounding the shrine, and Ryouko desperately wanted to turn back.

When Atsushi heard a voice asking for help, that wasn’t an option anymore. In a room in the back of the shrine was Miyabi who seemingly feigned being ill so Atsushi would let him out and unleash him upon the island once more.

The reason Atsushi hasn’t escaped the island in the two years he’s been there, despite having commandeered a boat, is because he feels guilty for letting the vampire virus loose on the island. And the reason he has a personal vendetta against Miyabi runs deeper than infecting everyone with this virus.

Miyabi got to Ryouko and paralyzed Atsushi with a quick bite before biting her and brutally raping her right in front of him. She died as a result of being drained.

Even though the Ryouko backstory’s a bit cliché, I liked how this entire volume played out. We end on another cliffhanger in present time, even though I sincerely doubt Miyabi’s dead.

Atsushi continues to be a badass, and I commend the others, despite being incredibly weak and wounded, for trying to help Atsushi however they can from the other side of the bridge. They could’ve been gone and in that boat ten times over in the time they had, but they stayed to ensure Atsushi had a fighting chance.

Something I should note, though doesn’t really bump up the content rating too much since we’ve had graphic sexual content already, is the rape scene. Not only is it a rape scene, so of course the content rating rises here, but they do a ridiculous job trying to ‘censor’ Miyabi’s genitals. There is a closeup shot, right on, fully erect, details intact, and they think it’s censored just because it’s in silhouette.

I’m very intrigued for the next volume, and I’m especially looking forward to more Atsushi badassery. Miyabi is shaping up to be a decent antagonist, but I’d like to see more to him besides ‘he’s evil just because evil.’