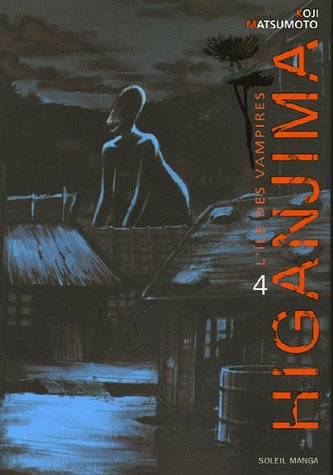 Plot: Akira and Atsushi have finally reunited, and Atsushi reluctantly agrees to go help save Ken. They take advantage of the night of the full moon, when they’re not permitted to feed and aren’t as active. During their mission, Atsushi conveys valuable information about the vampires.

The vampires were all once human. The vampirism is actually a kind of virus that is passed through blood. They’re damned to be vampires forever, but there’s an even worse fate.

They need to drink human blood in order to stave off another transformation – turning into a crazed monster called a devil.

Akira, Atsushi and the others have the bad luck of coming across a devil during their rescue mission. While they manage to save Ken, they cannot escape the devil. Even worse, the master of the island, Miyaki, has found them. He has mind control powers that they refer to as Psychic Jack, and he can control the devils all he wants.

However, his sights are truly set on Atsushi, whom he’s finally able to grab ahold of and brainwash. He sics Atsushi on Akira, and, in an effort to stop the fighting, Yuki gets stabbed.

Breakdown: This volume amps up the stakes (lolpuns) even more as we learn that the vampires aren’t even what the group really needs to worry about, which is good because they were getting killed a little too easily for it to really be the main threat, no matter if they were slaughtering others.

Now we learn that the vampires can turn into devils, which are much more of a threat and much harder to kill. They need to prevent the vampires from becoming devils, but there’s the catch that they need human blood as a sort of medicine in order to stop it.

But that’s not the concern once we get down to it. The main concern is the devil before them and Miyaki. I assume Miyaki is our big baddie, and he seems fairly interesting so far. The fact that he’s a vampire with mind-control powers isn’t really new, but it’s pretty neat. Plus, he already turned Atsushi against them and even dealt a possibly fatal blow to Yuki.

This volume definitely amped up the action, though I’m sad Atsushi might be a mind-controlled puppet for however long. I like his character, so I’d rather him actually be….ya know…a character.

I’m excited to find out how they get themselves out of this one, if they even can.