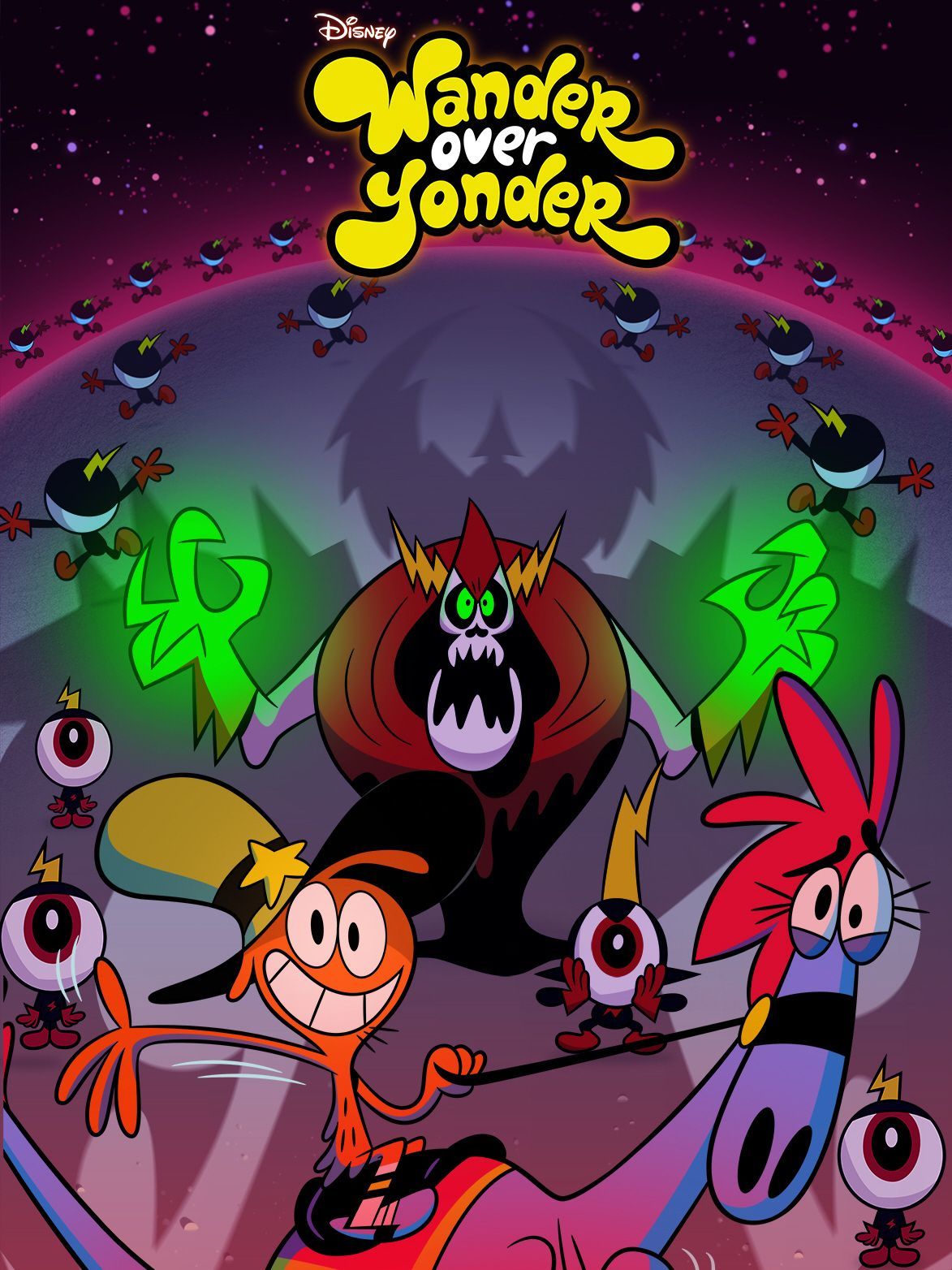 Plot: The ever-happy Wander and his trusty steed, Sylvia, explore the outreaches of space and save its inhabitants from the treachery of Lord Hater.

Breakdown: I’ll be honest, even though I had heard a lot of great things about this show, I went into this with unease. At face value, this series has a lot of trademarks of two other popular shows I’ve reviewed that I either hated (The Mighty B!) or just didn’t mesh with (Mighty Magiswords). And those trademarks, again at face value, were randomness being mistaken for comedy and louder=funnier, I guess.

I was really worried that Wander Over Yonder would just be another one of those shows, even if it was created by Powerpuff Girls and Foster’s Home for Imaginary Friends creator, Craig McCracken.

However, to my surprise and delight, it didn’t turn out that way. Yes, Wander Over Yonder is very bouncy and quick, but it’s melded with a lot of clever humor, very likable characters and voice acting that is both fitting and doesn’t grate on the nerves. When I heard Wander ‘s voice, I was very shocked. It’s a rather normal voice, though obviously inflected to be cartoony and peppy a bit. Usually, the main characters in shows like this have high-pitched overly exaggerated torture device voices, but Wander, voiced by Jack McBrayer, is perfectly fine to listen to.

Speaking of sounds, however, there are some instances in this first episode where I honestly can’t make out what they’re saying, especially Hater’s minions who continuously chant something I can’t make out. Even when Wander repeats it, I can’t understand what he’s saying. It really sounds like ‘Tastes great, less filling.’ but I sincerely doubt that’s it.

The music is a nice change of pace, being of a more country style without being super western. It’s very catchy and easy on the ears.

The art is pretty unique, and the art coupled with the animation is an interesting amalgamation of Dr. Suess, old 1920’s animation and modern styles. It’s very cool, even if some shots are a little jarring.

As for how this episode works as an introduction, it’s pretty good. We don’t learn of Wander’s background or anything, but we learn a great deal of who he is, who Sylvia is, who Hater is and how their dynamic will largely play out. We also begin to get attached to these characters and get a relatively good grasp on their world all in an impressive time frame of 11 minutes.

Wander Over Yonder is certainly a great example of how to do the classic fun bouncy style of cartoon correctly. It kept putting a smile on my face, and I can see it being one of those feel-good shows I watch whenever I need a lift in my spirit. The only sad aspect of this is that Wander Over Yonder was canceled after two seasons, despite the massively positive reception. Another one of those shows where I missed out on something great while it was still around.

One thought on “Episode One-Derland (Cartoons) Wander Over Yonder”