Breakdown: ….Ya know….I was once a teenage girl. I’ve done all of the embarrassing teen girl things. I gushed over guys a lot. I loved boy bands. I even had an extended kiss with a poster….Yup. Not telling you who it was a poster of either. The point is, as annoying as depictions of teenage girls can be, and as annoying as they seem in hindsight, I have been one. I understand. I get that there is some truth to the stereotypes.

That being said, holy crap, these girls are annoying kinda sad. I thought I was watching a magical girl anime, which, admittedly, does have romance as a mainstay in the genre. But, nope. I’m watching another episode of ‘Teenage Girls Literally Have No Lives Besides Gushing Over Boys’.

What happened at the beginning of the first episode?….Oh yeah, yeah. Momoko and her friends, Hinagiku and Yuri, gushed over and fought over the hottie, Yanagiba, for half the run time.

They’ve even given him the pet name ‘Dear Yanagiba.’

It’s just getting to the point of pathetic when the three of them are at each other’s throats over whose lunch Yanagiba is going to eat. And how are they not in the least bit embarrassed to be arguing over that right in front of him?

Not all of the fifteen minutes is gushing over Yanagiba. About two are dedicated to Yousuke and Momoko having a romantic trope-off. Yousuke carries her to the nurse’s office when she gets hit by a soccer ball, and they blush. He’s forced to stay alone with her in the nurse’s office because she’s conveniently not there. They blush. After bickering a bit, he falls over onto her and their faces are all close while, not kidding at all, light, sparkles and RAINBOWS burst in from the window. They blush.

Right after that, they’re back to bickering over Yanagiba because Hinagiku and Yuri want to update him on Momoko’s condition behind her back. I have to wonder how these three stay friends.

There was one minor scene at the beginning where the baddies go over their plan, kinda. The queen says to kill everyone who is in love, loves someone, and especially anyone who is going to get married. I appreciate the effort to try to go a bit dark to off-set all this hyper love stuff, but that’s a lot of people to slaughter. Are you talking about every form of love? Even non-romantic friendship love and familial? Because that’s damn near everyone.

They’re also very blatant about her getting a fake ruby ring at the beginning. Gee, I wonder if she’ll use it as a decoy because she knows the enemy is after her real one. Oh look. She does. I have no problem with this trick as it’s actually pretty clever, but they shouldn’t have shown her clearly buying this fake ring at the start. Have it be a surprise.

As for the second half, the bad guys knock out everyone in school, including Hinagiku and Yuri, and Momoko transforms into her completely impractical wedding dress and somehow gets on the roof while wearing it.

Oh well, at least she’s getting more mileage out of it than most people who spend $4000 on a dress they wear once….Man, I’m being really negative about romance today.

I will give them props because they chose to show that this wedding dress is, SURPRISE, insanely stupid to wear while trying to fight someone. She’s stumbling all over on the roof while Pluie is slashing at her with a sword, and she nearly gets killed after losing a shoe. Good transformation choice, Aphrodite. Next time, call in the god of fashion.

Limone tells her to change her dress into Fighter Angel mode, and I feel the need to repeat myself from last time – why is this not default? What, besides wedding aesthetics, is the purpose of the main dress transformation?

Her Fighter Angel mode, which she summons by saying Wedding Armor Peach, is laughably ironic, because, gurl, you barely have any armor on. Yeah your boobs, two inches of your right thigh, your wrists and your shoulders will be very safe. Thank God you don’t have any more vital points on your body. Granted, this is probably the most armor any magical girls get, but calling it ‘Armor Peach’ is like calling me a Earthbender when I throw a rock.

Correction: Either the subs were wrong or I misread them (I no longer have the same video file to check) but, as per what someone pointed out to me and what I read in the subs for episode 4 “Wedding Armor Peach” is meant to be “Angel Amour (As in love) Peach” so my little tangent there was unwarranted. I apologize.

Limone tells her to use her brooch to use a new attack called Saint Mirior (Not a typo?) Bridal Flash, which is actually a cool laser beam….that, of course, is in the shape of a heart.

I always feel like the main character completes a tutorial level in episodes like this. “How do I fight?!” “Press B to use Saint Mirior Bridal Flash!” “Success! You’ve completed a quest!”

Everyone wakes up and the girls believe they took a catnap because it’s warm out, not remembering seeing Pluie or Jama-P before they were knocked out. Okie dokie. You girls might want to get a CAT scan.

This episode is half irritating and half pretty much just establishing more vital parts of the show. I might be able to forgive the never ending panty flooding for Yanagiba and the constant fighting over him taking up way too much time in the episode again, if not for the fact that the second half is pretty lazy.

All Pluie did was put everyone in the school to sleep and try to nab Momoko’s ring. That’s it. No clever plan. No monster of the week. No trap. Just snatch and grab. He would’ve been better off mugging Momoko for crying out loud. At least then he’d think to check her pockets.

After hearing more people say how much they like this show, I hope to enjoy it more organically in future episodes. As of right now, I’m just enjoying it for the typical magical girl goofiness that I always have a soft spot for. It does take a handful of episodes for shows to get their footing and I gave Bakugan, of all things, more leeway than this, so here’s looking to brighter days.

Next episode, Momoko, Hinagiku and Yuri help out Momoko’s photographer father at a wedding. The groom is closely related to someone on the soccer team, so everyone’s there. 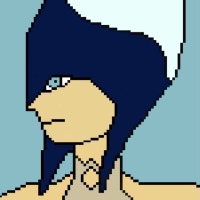