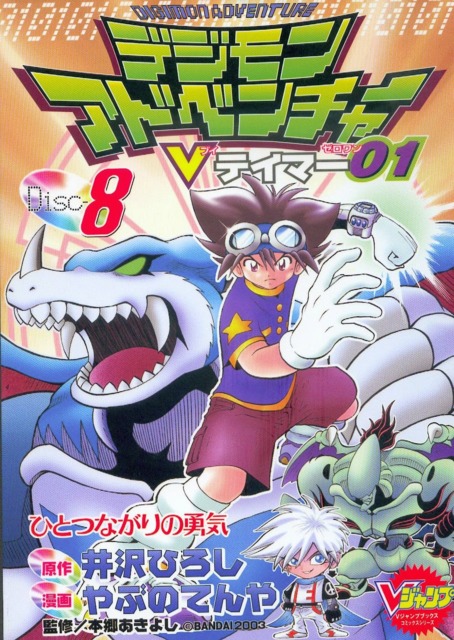 Zero starts dissolving into binary code, and they rush him to Holy Angel Castle to see if they can save him. HolyAngemon, Leomon, Hideto and Omegamon and other powerful Digimon decide it’s time to evolve and confront Neo and Arkadimon themselves.

Omegamon nearly destroys himself trying to attack Arkadimon. He’s unsuccessful in damaging him, but it wasn’t a total loss. The Dot Matrix was an invisible attack, and no one could see where it was coming from. Omegamon’s attack allowed them to finally see that the attack was coming from Arkadimon’s torso.

The Digimon games created for the Wonderswan crossed over with Adventure, 02 and Tamers, the last of which Ryo also made a long-standing cameo in, so technically Ryo is the only character to be canon in all three original Digimon series. I should note that this does NOT mean all of the Digimon series take place in the same canon. From all I’ve gathered so far, it seems like the most logical conclusion is that all of the Digimon series take place in different dimensions, barring Adventure and 02, obviously – Ryo just has the ability to jump through dimensions.

Next volume, it’s the big final battle! Will Taichi and Zero find some way to achieve victory over Neo and Arkadimon?