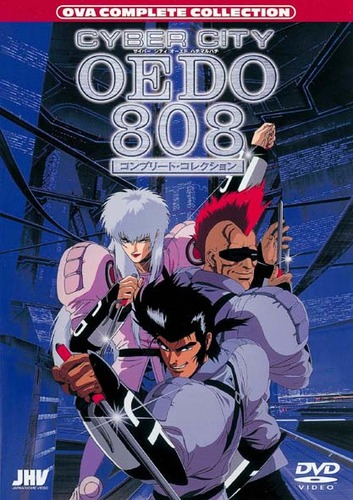 In order to ensure that they behave, they’re given special collars that will blow up if they fail to complete a mission within a certain time or if they go too far rogue (obviously there’s some wiggle room since this is an action show from the 80’s). This three episode OVA chronicles three individual cases – each one giving focus on one of the three.

Anyhoo, this is another one of those shows that you really just have to sit back and enjoy for its action and ridiculousness. I’m not one to say that bad shows should be excused in lieu of ‘just turn off your brain’, if you know my reviews you know that much for the most part, but there are some shows that are really just trying to have cheesy action fun. Cheesy 80s action fun. Come on, who could resist that? (It was released in 1990, but it was being made in the 80s so it counts)

Something so minute could end up in the instant deaths of tens of millions of people. Not just the millions that supposedly work in the building (Yes, they actually state that millions of people work in that building), but the millions on the ground below who will all be crushed when the building falls one way or another, and the additional people who will die from the debris. Yeah, it doesn’t collapse in on itself, it falls in a random direction. Meaning miles and miles of buildings, in a highly populated city, no less, will be crushed ending millions of extra lives.

Next up, we have Gogul, our resident techie/hacker. He’s blind, but he wears a special visor that allows him to see. No idea how he went blind, but he is. His episode involves him helping out an old criminal friend named Sira or Sara, I couldn’t tell. He’s on the run from the military since Sara was trapping him into testing out a new cyborg weapon. We learn a bit more about Gogul in this episode, but not much. However, we do learn that the trio are not the only criminals working for their freedom with the Cyber Police. We focus on someone trying to remove their collar through acquired inside intelligence on the technology, but they ultimately end up failing and perishing as a result. 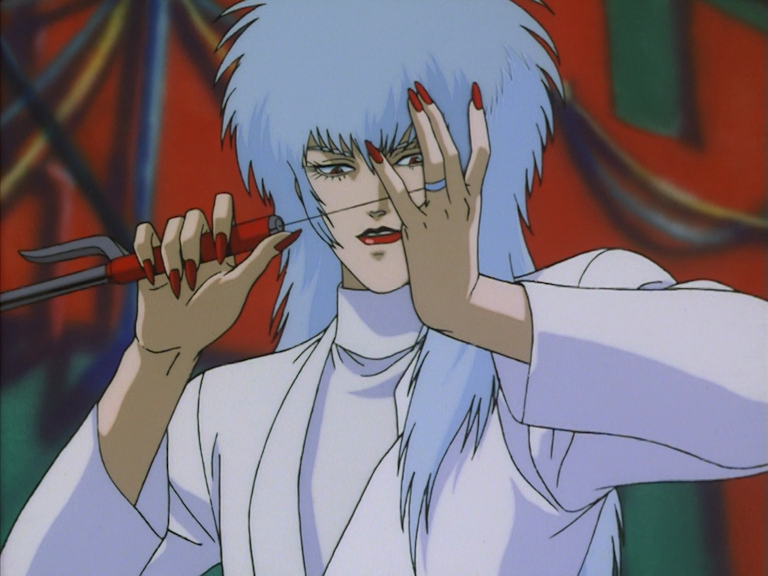 That’s really my major problem with this series. I like the stories, the action, the characters, even if some aspects of this world seem ridiculous, but we don’t get to learn anything else about these characters in terms of their past or future. It’s hard to root for them to actually go free because they state several times that they are only doing this because it’s better than rotting in a jail cell. They seem to have every intention of going back to criminal work if they go free. The only exception is possibly Benten, but that’s unclear. They’re cool, badass characters, but you really just want them to stay as they are. They may break rules all the time, but at least they’re doing it towards noble means.

Voice Acting: English Dub – The dubbing actually stands up pretty well too. There’s some hokey acting, but it’s otherwise okay. The main cast is actually really good for the most part.

Bottom Line: It’s disappointing with its lack of insight into the past and futures of the main characters and really has no linear storyline, but if you’re okay with just having a few short stories involving crime solving, ass-kicking, robots and vampires, go ahead and have some fun! I know I did.