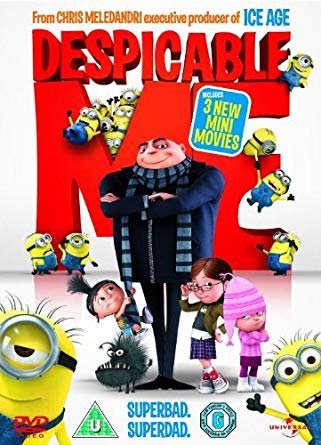 I have nothing against Illumination, really I don’t, but they always seemed like the animation company out of the big-wigs to be solely focused on money. There’s nothing wrong with that, they are a company after all, but there’s something inherently…..artificial about nearly all of their movies. There’s never been much heart to them. And that’s before we get to the over-commercialization of nearly all of their properties. Do I need to bring up The Lorax being whored out to any company who would give them a buck, including a damn car company? The cognitive dissonance there was astounding. 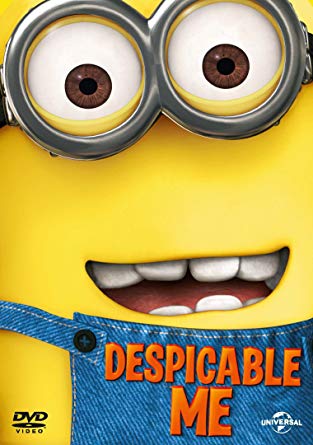 Finally, she shows up at the end of the movie to watch the girls do ballet, and she tells Gru he’s a good parent, probably even better than she was, and…I guess that’s the end of that arc? It felt like they skipped a bunch of development there. She was a crappy mom, and now she’s a good grandma and passable mom?

I want to make it clear that I didn’t dislike this movie. I knew what I was getting into from the start, and it pretty much met expectations.

It’s an okay movie. The story’s predictable as hell, but the comedy is decent. The heartwarming moments go toe-to-toe with the sad moments, but neither really go far enough to pluck any heartstrings. There is nothing explicitly bad about the movie outside of its predictability. Even its art and animation stand up pretty well after nearly a decade. The voice acting is also pretty good. Steve Carell as Gru really ran with his character, and, even though the girls could sometimes be obnoxious, they were pretty realistically portrayed and well acted.

Thirdly, they didn’t viciously harp on the girls’ orphan status as much as I thought they would. They had every opportunity in the world to play the ‘our parents used to (blank)’ card many times, and they didn’t even really bring up their biological parents. To be honest, I’m not even sure if these girls are related at all, and they seem to be the only kids at this orphanage barring one other girl we see in the box of shame.

They did kinda play up the fact that their orphanage is a shitty place, though. The person who runs the orphanage is a total bitch who forces the girls to sell cookies door to door for the sake of the orphanage’s profit. She’s not physically abusive, but she is emotionally abusive. I wouldn’t say she’s bad enough for me to get into hatred territory, though. She’s a bitch, no doubt about that, but it’s like they wanted Delores Umbridge and got her more mellow second cousin twice removed.

I suppose I picked a good time to watch this, too, considering that the latest Despicable Me movie, Minions: The Rise of Gru, is coming out this July, and there’s a Despicable Me 4 on the production slate down the line (Even though, if you count the Minions movies as being Despicable Me movies, which you probably should, that means that title should technically be Despicable Me 6….Yikes.)

Recommended Audience: There’s some questionable humor here and there, usually relegated to potty humor, but there is one joke where Edith, the middle kid, gets caught in an iron maiden, there’s a puddle of ‘blood’ that pools as a result, and Gru brushes it off. It’s just her punctured juice box, but I was still pretty shocked they put in such a joke.