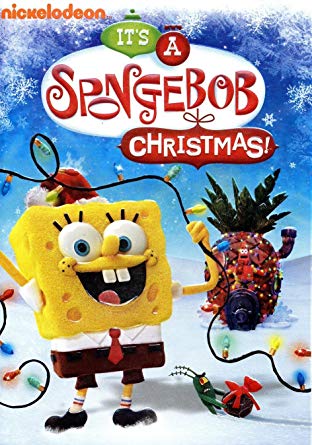 Plot: It’s Christmastime in Bikini Bottom, and Spongebob’s filled with holiday cheer. Plankton, on the other hand, isn’t. He’s sick of getting coal for Christmas, so he decides to ruin the holiday by lacing fruitcakes with jerktonium – a compound that instantly turns people into jerks, putting them all on the naughty list. Spongebob accidentally helps him distribute the fruitcakes to everyone in town, leading to complete catastrophe.

Spongebob remains unaffected due to his pure heart and love of Christmas, but Plankton solves that problem by creating a chaotic robot replica of Spongebob to create even more destruction and trick Santa into putting Spongebob on the list too. Can Spongebob manage to save everyone from the jerktonium and the naughty list, or will Plankton ruin Christmas for everyone?

Breakdown: Since Christmas Who? was an instant classic Christmas special, it was hard to imagine that any followup would meet or surpass it. Well, they somehow managed to do it. It’s a Spongebob Christmas! is just as good if not better than its predecessor.

First and foremost, taking a note from the beloved Rankin/Bass holiday specials, this episode is done entirely in stop-motion. The crew admits that they used some modern day digital tricks in the animation, but make no mistake that this is true blue stop-motion animation. And it looks really great. Sure, some aspects look creepy, like Santa – he looks downright gross for some reason, especially in his first shot (when Spongebob’s looking at a vision of him in the sky. He’s like a weird bug-eyed puppet version there) – but it’s actually very cute, and I love how they rebuilt Bikini Bottom with this style. Sandy and Spongebob in particular were adorable.

I love how you could see the textures so clearly on everyone. Sandy’s tail looked very fluffy, and Spongebob looked…well, like a real sponge. I loved how they were able to marry the style of the 2D animation with the 3D stop-motion. They created an entirely new look and feel without sacrificing the well-known comedy, style and antics Spongebob is known for.

The story is a little on the predictable side, but I honestly didn’t mind. They added enough charm and wit to the whole experience that it wasn’t a big deal. It’s hard to overlook the general convenience of jerktonium, but I think I can overlook that too because Spongebob is littered with ridiculous and convenient things like that. I mean, if I get irritated at that, what am I expected to do with the fact that the cure to its effects is a song?

The songs were really catchy and fun. They crammed three songs into this half hour long special, and I think that was just the right amount. Usually, specials of this length only get one song, so it was impressive that they made three that were really good. I especially loved ‘Don’t Be a Jerk, It’s Christmas.’ It’s quite the earworm, and, truth be told, it’s a really good moral.

Most Christmas specials will be a little too corny with their message, but Spongebob hit the nail on the head. Don’t be a jerk. You don’t have to be loaded with Christmas cheer, you just have to not be a jerk. Be respectful, do good where you can and just try. This is really reflected in Squidward’s small role. He wasn’t affected by the jerktonium because he didn’t eat the fruitcake, and Squidward being Squidward is a grump, but they don’t try to force him into the cheer, and even though he’s still being snitty, he also still passes on the present in the song, sings along a bit and helps catch Spongebob at the end.

There’s a jerky elephant in the room I need to address, though. Patrick.

For those not in the Spongy know, for some reason, later seasons had Patrick consistently being a jackass for seemingly no reason. He was still an idiot, but he was less innocent, naïve, heart of gold idiot and more aggressive, selfish asshole idiot. Maybe this was to differentiate him more from Spongebob, I don’t know, but the point is that Patrick was super hard to like for several years. Sadly, this episode is no exception.

Our first scene with Patrick is him building a box-and-stick trap for Santa so he can capture him and hold him against his will forever so he can have a never-ending Christmas.

Now, I had heard about the jerktonium plot before I got the chance to watch this episode, so I thought Patrick was somehow already affected by it and was being a jerk. Because, let’s be real, that plan really sounds like something a villain would do. I’m actually surprised Plankton didn’t come up with it and had it be the real plot of this special.

Patrick just came up with a supervillain plot all by himself, and Spongebob doesn’t seem to see anything wrong with that.

Jerk!Patrick…..or…maybe just SlightlyWorseLaterSeason!Patrick still holds this plan, only this time he’s building a tiger trap for Santa. A tiger trap is a hole with a door or a thin layer of sticks or wicker on top designed to look like normal ground. When stepped on, the door would flip around/the covering would collapse, and the person would fall into a spiky pit of death. And just to add more Christmas cheer, Wikipedia notes that the spikes in these traps sometimes had rotten meat smeared on them so there would be a high risk of infection if the initial wound didn’t kill the victim first, and they would more surely die….(And just to be clear, Patrick straight out says that what he’s building is specifically a tiger trap.)

Thanks, writers. You not only had me researching horrific Vietnam booby traps for this review of a Spongebob Christmas special, but you also showed Patrick jumping from jerk to maniac. Granted, the pit isn’t filled with spikes, of course, but still.

You’d think that after the jerktonium effects wore off that Patrick would be much better, right?

Our last shot of the main special is Patrick ambushing Santa in his sleigh with a butterfly net, capturing him and causing him to careen out of the sky.

Stop-motion Patchy also has segments in this episode, but outside of one or two good jokes, it’s not really necessary.

Overall, I absolutely love this special. It’s definitely a worthy successor to Christmas Who? and it’s such a unique experience for Spongebob fans as a whole. The comedy hits well, the sentiment is nice without going overboard, and just the way it’s animated makes for a great experience to come back to over and over again. Patrick’s scenes may have been alarming, but they’re very short so it’s not that bad. Whether you’re a Spongebob fan or not, I really suggest checking out this special at least once around the holidays. You won’t regret it.

Final Notes: How strange is it that I grew up in a world where the stereotype was that fruitcake was horrible and no one ever really wanted it to a special where people are sucking it down like it’s the best thing ever? I’ve never actually had fruitcake, but what is the actual general consensus? Was it just wrongly condemned in the past?