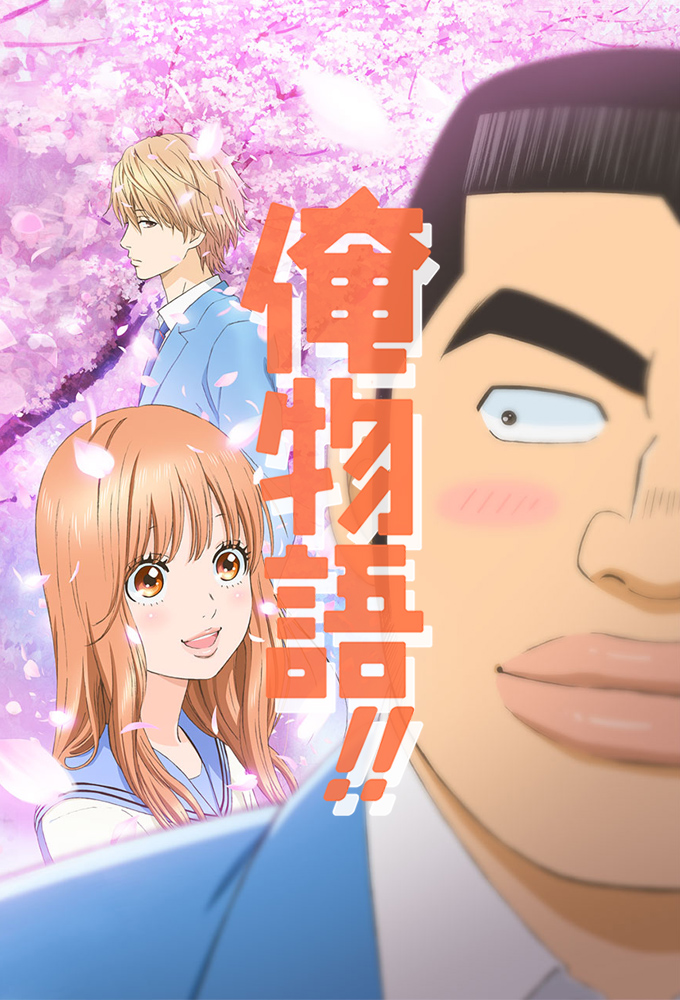 Plot: A classic love story – a handsome, charming young man saves a beautiful young woman and they fall hopelessly in love. That is the plot….of a different anime.

The plot of this one involves Takeo, a large, traditionally unattractive and somewhat imposing young man with a heart bigger than he is, falling for a beautiful timid girl named Rinko. However, every girl he falls for ends up falling for his extremely attractive and cool best friend, Suna, who coldly shoots down every girl who confesses to him. Believing her to also be in love with Suna instead of him, Takeo decides to take it upon himself to help Rinko win over Suna, even at the cost of his own feelings.

Afterall, a girl so cute and kind could never fall for someone who looks like him……Right?

Breakdown: Romance isn’t my favorite genre, but this series always looked pretty unique to me, and I had heard great things about it.

I’m happy to say that, so far, it’s lived up to expectations, but still has some problems.

Let’s start with the positives. Takeo is a precious cupcake, protect him. He can be a little gross, admittedly, but he’s got a heart of gold and I wish nothing but good things for him.

His relationship with Suna is also really unique and interesting. It must be heartbreaking to be best friends with a guy who, for lack of a better term, ‘steals’ all of the girls you fall for and then brushes them off when they confess to him.

Suna’s not really a jerk, he’s just not interested. He also doesn’t try to take these girls from Takeo, they just don’t think of Takeo as a romantic prospect due to his size and features and instantly fall for Suna because he’s cool and handsome.

I looked forward to their interactions most of all, because, despite the fact that they seemingly have little in common, Suna is at his most relaxed and happy when Takeo is around, and Takeo is more confident, usually, with him around.

The story is a little on the weak side because the trope of two people falling for each other after the guy saves the girl from someone is so overdone that it probably predates written word. However, it was done in a way that was pretty cute, even if the groper was a complete idiot.

My only other problem is Rinko. She’s a little overly moe. She’s super shy, constantly blushing and has one of those ultra-kawaii high pitched voices that was honestly started to grate on me after a while. I don’t know if this was intentional, but I thought Takeo was more adorable than Rinko was. I’m just kinda sick of her stock character structure. All we need is for her to be clumsy and she’ll win moe bingo.

That being said, I do root for them to be with each other because she is really nice and doesn’t seem at all put off or intimidated by Takeo’s appearance. I also thought it was really sweet, and kinda sad, that Takeo was fine rooting for her to be with Suna and dedicating himself to helping her be with him because all he really wants if for her to be happy, even if it hurts him.

The art and animation is really nice, which is to be expected of a shoujo title. Nothing terribly impressive, but still nice to look at.

The music was alright, but really forgettable. I wrote this only a few hours after watching the first episode, and I can’t really remember anything about the tracks besides that they were fairly typical fare for this type of show. Upbeat and sugary.

Even though it had some aspects that were kinda cliché and Rinko really needs to do some work to truly grow on me, I really enjoyed this first episode and look forward to watching the rest of the series.

Recommended Audience: Rinko gets groped, but it’s probably the most non-graphic grope I’ve ever seen in an anime. Other than that, nothing. 5+