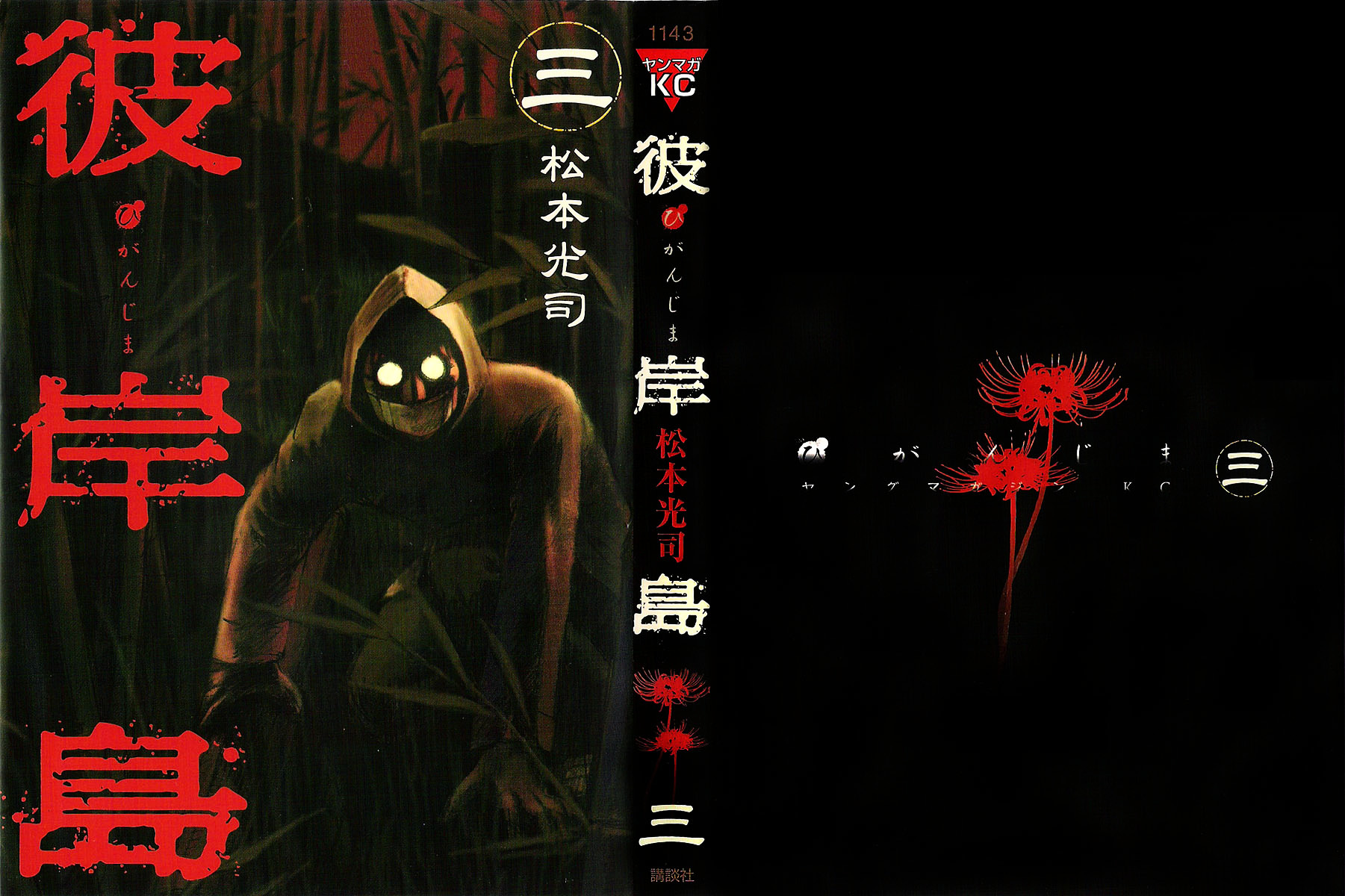 Plot: Akira and the others have made it to Higanjima, but they don’t even get to shore before they’re attacked by the vampires. Unlike what Rei said about there only being a few, the island is basically littered with nothing but vampires. The vampires ambush them on the boat and take them prisoner. Rei, however, escapes into the wilderness.

The group learns that the vampires don’t just suck all of your blood at once. They have a special chair prepared for their victims where they sit naked, are force-fed nutrients and water and get bitten for as long as possible on a regular basis until their bodies can’t stand anymore and they die.

Akira and the others sit in horror for several days, hearing the screams of some of the other people they had brought with them to island as their blood is drained away. They begin to turn on each other out of fear, hunger and thirst. The vampires mock and taunt them regularly, frustrating them even further.

Ken seemingly sacrifices himself to allow Akira and the others the opportunity to escape, stating he can take two to three months on the chair, trusting that Akira and the other survivors will come rescue him when they have the chance.

Once they get out, they split up to escape the vampires, and Akira attempts to find his brother in hopes of getting his help.

Breakdown: So, in the end of volume two, I kinda thought to myself…. ‘These guys have to have a real plan, right? Their plan can’t just be ‘Arrive on the vampire island with a bunch of randos, not tell them what’s going on at this island and hope for the best.’ right?….Right?’ Nope, that was their plan.

Granted, Rei lied about how many vampires there were, but still. And the fact that they didn’t tell any of these people, not only making them completely useless as backup but also making them, essentially, giant snacks for the vampires….Why? You might as well have given all of these poor people red shirts.

Not to mention that, for added measure, they make sure to plow it in your face that two of these people, fresh out of high school, are engaged to be married. Gee, I wonder if they’ll live.

The best part of this volume is when Akira, Ken and the others are going crazy while waiting in their little prison. They have nothing but screams and wails to listen to, and there’s the impending wait to get on ‘the seat’ that is terrifying them all at every minute. They eventually start turning on each other, and even throw poor Pon to the vampires as their next sacrifice to ‘the seat.’

Ken volunteers to take his place, however, both sacrificing himself and giving the others an opportunity to escape by staging an attack and getting the key loose from the guard. He states he’ll survive for two to three months, much longer than the week or so the others tend to live, all so they can regroup and rescue him.

Atsushi comes back a bit in this volume, but only teased at the very end. However, it seems he likely will team up with Akira in the next volume. How that will go, I don’t know.

This volume was also very….gross. And they made it a point to highlight the grossness. We learn in this volume that the vampire’s bite makes you go numb and all of your bodily fluids involuntarily spew out as a result, everything from tears to drool to pee. They never don’t focus on the peeing. They also add in pooping in this volume, because there’s no bathroom in that prison cell, and show us that ‘the seat’ has a hole in the bottom for waste. Lovely.

There’s a lot of good buildup and tension in this volume, and I nearly wanted to smack them for trying to sacrifice Pon. I mean, yes, he is the most scared of them all and he is, arguably, the most useless, but he’s also the most relatable, to be honest.

Yuki’s barely even in this volume, relegated to about one shot of pleading for Ken to not sacrifice himself.

The end of the volume is a big question mark as the entire group is split up, no one really knows how long Ken will last or even if he will survive, and we have no clue how Atsushi and Akira will interact after two years of being apart.

All in all, this was a good, but slightly stupid and gross, volume of Higanjima. I greatly look forward to volume four.