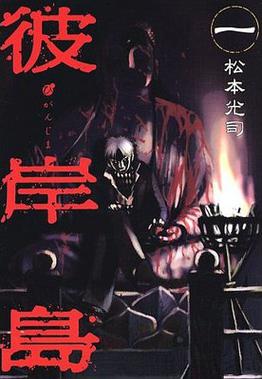 Plot: Akira’s brother, Atsushi, went missing two years ago. A mysterious seductress informs Akira that she found Atsushi’s license on her island. Unable to ignore this revelation, he agrees to go with her, but there’s much more to this woman than meets the eye. Vampiric beings roam the world in the shadows, and Akira and his friends have managed to get tangled up with them. Where is Atsushi, and what does he have to do with this strange woman and her vampire associate?

Breakdown: This manga is kinda interesting so far, but not with anything involving the vampires, really. We see Atsushi is actually a kind of vampire hunter now, but why he vanished and why he doesn’t contact his family is never revealed.

We don’t see much of Atsushi, though, so we have to connect more with Akira for now. He’s a difficult person to like. Ever since Atsushi went missing, every adult in Akira’s life has started putting their expectations on him, and he has trouble living up to them. He’s very smart, but he is seen as lazy and simply inferior to Atsushi, which weighs on him heavily.

When he meets this woman, she acts as a sort of emotional and physical outlet for him, even though it’s really not clear whether they’ve had sex or not.

It’s also hard to get a grasp on Akira’s relationship to his brother. He cares enough to pursue leads as to his whereabouts, but we don’t get much insight with either brother as to what they truly mean to the other.

Yuki herself is rather blah. She’s….I can’t even think of a descriptor….she’s…nice? She hasn’t been characterized much so far, so it’s difficult to get a lock on why Akira loves her so much.

Ken is a bit of a wild card. He screws around with Yuki even though he knows Akira loves her (another of their friends is in love with Yuki too. What is it with this woman?) but he still encourages him and is a really good friend to him otherwise.

The art is depressing, if that makes any sense. It’s nicely detailed, but it’s also very dark and the more negative emotions are highlighted most.