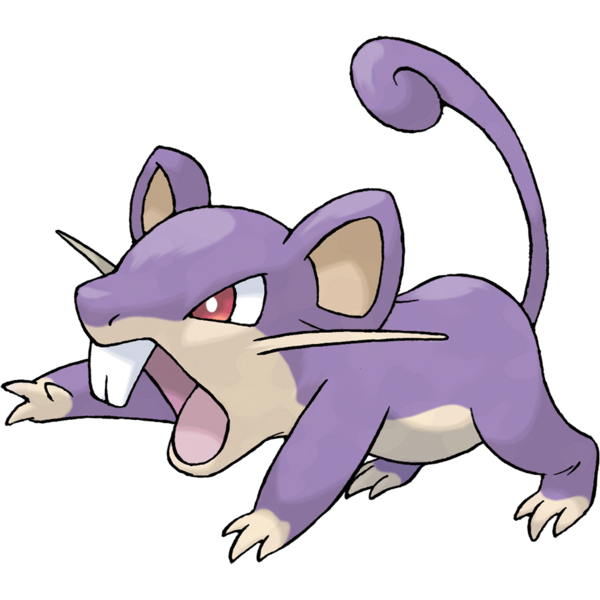 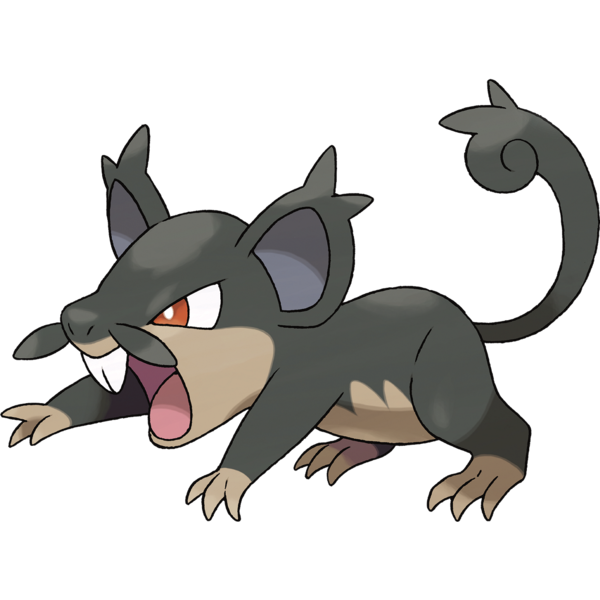 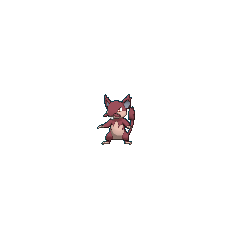 Dex Entries and Backstory: Rattata’s a rather simple Pokemon. It’s incredibly common, obviously (it’ll probably be the first or second Pokemon you capture in-game) it loves to chew on things and bite, it’s very energetic, it eats a lot, and it’s essentially paranoid. One thing of note is that its teeth never stop growing and requires plenty of things to gnaw on it order to keep them from growing too much. Reminds me of that one episode of Angry Beavers where they let their teeth grow out and eventually they took over the whole dam, and they were worried their teeth would grow into their brains. 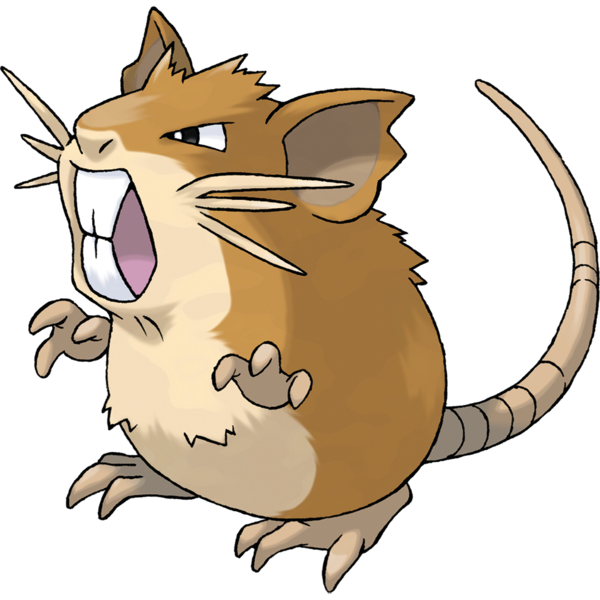 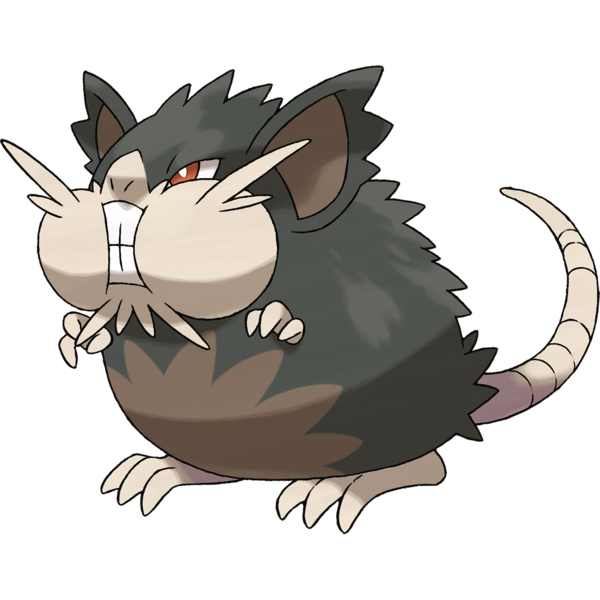 The Alolan shiny is a little more purple-ish than shiny Alolan Rattata, and I dig it. 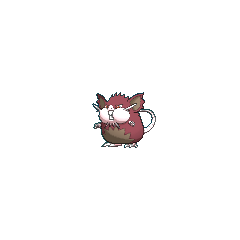 Dex Entries and Backstory: Most of Raticate’s Dex entries talk about three things – it has massive biting power and needs to chew a lot, its whiskers help maintain its balance, and it has webbed feet that allow for strong swimming. Its biting and chewing power are so great that it can topple concrete buildings.

Its design is based off of a mixture of a muskrat, a guinea pig (for the ears) and possibly a coypu (for the webbed feet.)