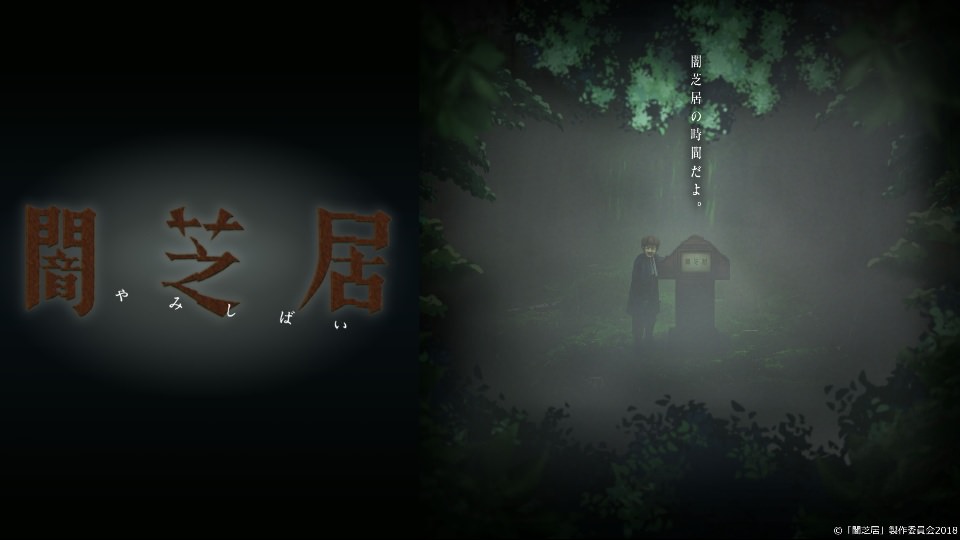 Breakdown: This certainly was an interesting, but somewhat tame, season of Yami Shibai. There was definitely more of a focus on happier endings and sadder, tragic stories than there were actual horror, but that doesn’t mean they slipped too much in the horror department.

Like I’ve mentioned before, part of horror is creating a connection with the main characters and caring for them to the point where you worry for their safety, heightening the sense of horror that you get from the danger at hand. Problem is, some of these stories didn’t amount to much as horror as they did tragedy. I’m not sure how much of a problem that is because Yami Shibai is a theater of darkness, and tragedy and sadness are indeed dark feelings. I would say I come here for the horror, but I moreso come for the stories as a whole.

The good news is that, even when the stories were more sad or tragic than usual, and even if they had happy endings, the twists and horror elements were usually well-done, and I can’t think of any story this season that was notably bad.

Episode 2: Tomonashi Cave While the story is alright, the episode as a whole is very cliché, and you only really care about one of the characters. Some of the visuals were creepy, but it’s nothing to write home about.

Episode 3: The Wind’s Warning The story manages to be creepy while having both a happy ending and a sad but sweet twist.

Episode 4: Swamp Offering Confusing ending, and I still don’t quite understand it even with several theories surrounding it. However, it’s a decent enough horror story with a cathartic ending.

Episode 5: The Dripping A really chilling and legitimately frightening tale that is only hindered by the setup that I can’t make heads or tails of.

Episode 6: Sakura I really love this story, and it does have several creepy and eerie elements, but it could be dinged off for being more tragic and sad with a happy ending than providing full horror. That doesn’t really bother me, though. Also, how and why the tree was suddenly cut down is a bit too convenient and confusing.

Episode 7: Frog Eggs The more I think about this episode, the creepier it gets. The story doesn’t make much sense to me no matter how I look at it, but I can’t deny that those damn dot eyes and the very ending make for very effective scares.

Episode 8: Sea Fortunes Weakest episode of the season by far. It’s not necessarily all that bad, it’s just boring and not scary to me. Not to mention that the story doesn’t even make much sense.

Episode 9: Mud Games Second of two episodes of Yami Shibai that I would say are damn near perfect. I would dock it off for being so ridiculously sad, but I can’t, in all good conscience, do that because it did emit a fairly strong emotional response in me. Plus, it does have a very good horror element to it amidst the sadness, so it’s not faltering in that area for the sake of tragedy.

Episode 10: Tree of Innocence I mentioned that this episode was sadder than Mud Games due to the current circumstances of one of the boys, but Mud Games still created a stronger emotional response in me as a whole, and the true sadness of his situation doesn’t sink in until you’ve either watched the episode a couple of times or you’ve sat and ruminated over it, and the horror element in this one is pretty lackluster.

Episode 11: Frozen Memories Still going strong with the sadness, like the happy ending, but very very light on the horror and creepiness. I kinda liked that the…whatever that was outside the door was an unseen threat, but it just didn’t work very well.

Episode 12: Waterfall Drop One of the creepiest Yami Shibai entries, marred only by a slightly predictable setup and some craggy artwork.

Episode 13: Echoes Definitely a creepy and legitimately disorienting episode with a decent enough twist at the end, but nothing that horrifying, and slightly disappointing because this is the season finale so I expected more spice.

Here’s the thing, this is definitely the most consistent season of Yami Shibai yet in terms of quality in writing. There was only one ‘bad’ episode, and it wasn’t even really all that bad so much as uninteresting and confusing. I really enjoyed season six, but it did skimp on the horror several times.

I’m not against them going a different route when it comes to the ‘darkness’ aspect of the ‘Theater of Darkness’ Afterall, sadness and tragedy are two dark things, but after five seasons and a distinct theme of horror, you come to expect more in the actual horror department from Yami Shibai. Over half of the entries are aimed more towards sadness than scares. They can sometimes meld the two quite well, but it’s so strange that they decided to go down this route.

I can’t really mark them down for this, though, because I still think the quality of the stories was enough, and they always made an effort to include horror so it’s not like it was an afterthought.

Additional Information and Notes: Yami Shibai 6 was produced by ILCA and is currently licensed in the US by Sentai Filmworks.

Recommended Audience: There is some gore, most notably in Frog Eggs, and even then you can’t see too much. While the season is slanted more towards sadness and tragedy, there are still plenty of scares and creepiness here. 12+