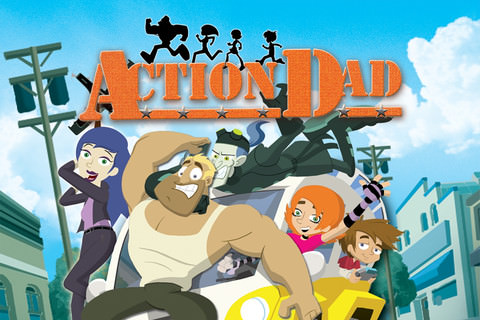 I was starting to watch Action Dad for the sake of an Episode One-Derland review. I got through until the theme song and already had a few questions, so I stopped the video.

I looked up more information online about the show, and, of course, the first hit was the Wiki page. It didn’t have much, and I honestly didn’t expect it to, but then I saw that the series was created by a man named Andrew Dickman.

The end of the Wiki article explained that Dickman made the concept for the series in 2006, and it seemed to be a project he had a good amount of passion for. However, the series was straight-up stolen and produced behind his back in 2012. He was never told about it until five years after it aired and he never received a dime from it.

I used to watch the videos of a very talented reviewer, artist and animator named Andrew Dickman, but I didn’t really think it’d be the same guy. I mean, what are the odds? I click on one of the dArt pages linked in the Wiki to concept artwork and, lo and behold, it’s the same guy.

I can find hardly any information on this, for lack of a better word, ‘scandal’ on the Internet. Andrew has still never been paid for this work, even though they, for some reason, did bother to put his name in the credits as creator.

The only thing I was able to find was a screenshot the Wiki linked to where Andrew briefly explains what happened.

I’m not looking to start a witch hunt, even though my level of respect for ToonZone, which was already fairly low, tanked after reading this, and if Andrew himself is requesting that we leave sleeping dogs lie, then I’m perfectly willing to respect his wishes, but I felt like I had to at least write this because –

1) I didn’t want to go through with the review anymore. I didn’t even finish watching the episode (Hence the ‘None-derland’)

I know that this is a mostly unknown show that aired one season in Cartoon Network Brazil, but that’s no excuse.

Andrew is a very talented guy. Even though I followed his reviews more than his regular art and animations, his work is fantastic. No one should profit from stealing the ideas and concepts of others, especially on this scale. Screw the people who did this, and don’t give this show the time of day.

If You’d Like to Support Andrew Dickman’s Work, visit these links (Be warned: Some of his artwork is NSFW)