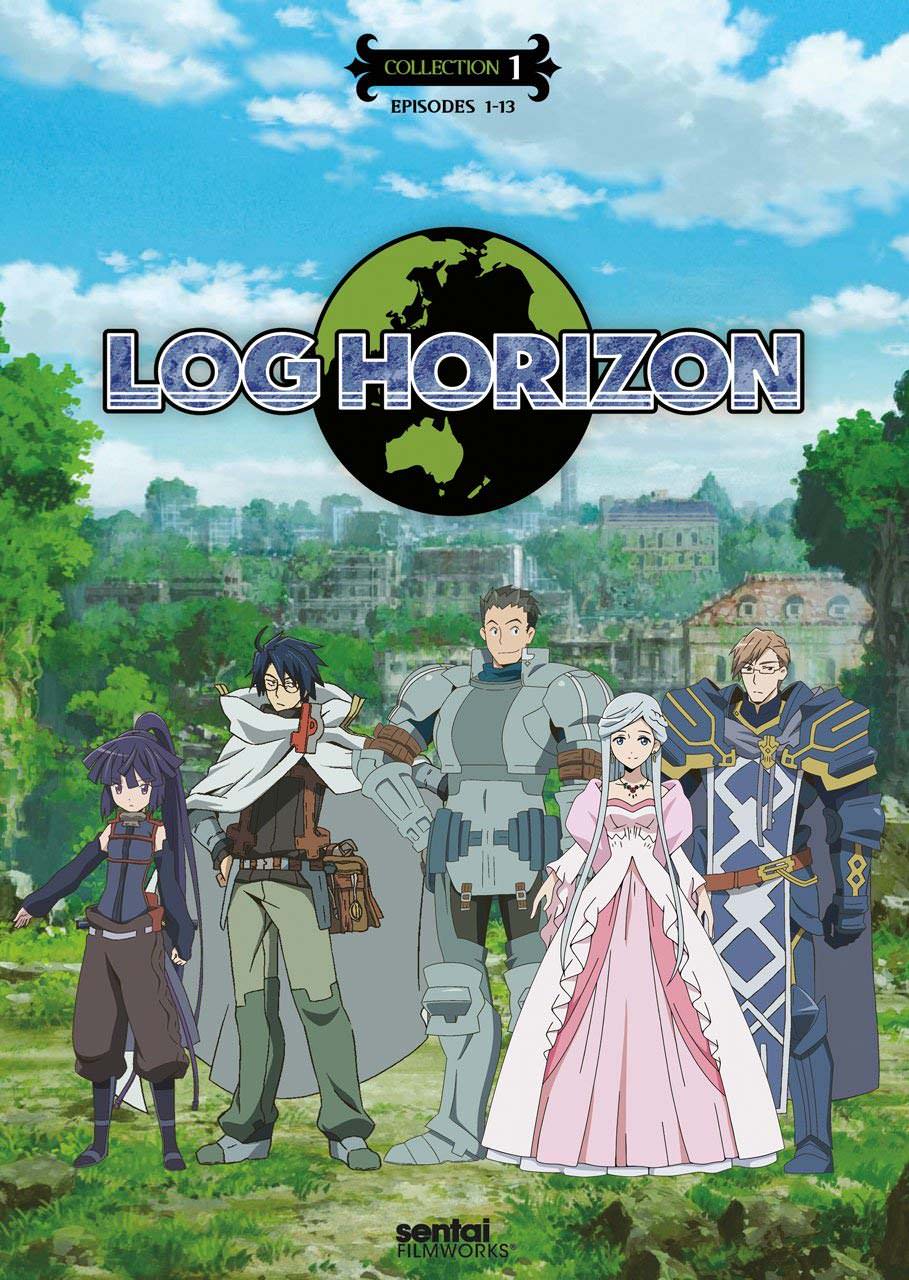 Plot: Elder Tale is one of the most popular MMORPGs on the market today with over 20 million players worldwide. The game becomes reality for hundreds of thousands of players when they find that they are now within the game world, having taken over their game personas. They can feel, smell, touch and taste everything within the world of Elder Tale. One question remains, however – what happens when they die?

Breakdown: Being a fan of MMORPGs and a franchise with a similar story, Dot Hack, I got into this rather easily. It even sorta grants a wish I had at the end of .Hack//Quantum which was “I wish we got to see more of a widespread “trapped in the game” epidemic, since this was such a flash in the pan.”

Though, I will say, like the Dot Hack anime, the first episode is fairly slow. Not as slow as Sign or Roots, but still slow. Not much happens is all. They realize they’re stuck in the game along with thousands of other players, our main characters gather together and they have a fight with some monsters.

It is definitely more fun than the intro episodes of the aforementioned series, but structurally, it has similar flaws.

As a first episode, it establishes much of the necessary information such as our main characters, and subsequently their character information, the game world itself, some of the social groups like the Crescent Moon Alliance and Shiro’s former group, the Debauchery Tea Party, and some of the basics of MMOs as a whole. I’d say it’s a success in all areas.

I like our main characters so far, though Shiro is slightly boring, I can see him getting a lot more interesting with his strategic abilities. Naotsugu is a little charming, and Akatsuki seems like she could be bad-ass, though I’m worried that she’s a little too moe. Marielle was pretty funny as well. I was concerned she’d be an overly clingy love interest for Shiro, but she acts luvey-duvey with damn near everyone it seems, so it’s fine.

The art and animation don’t stand out much, but they’re alright.

The music is also alright. The OP was great, but the rest of the music I could take or leave.

Some of the commenters on this series stated that this is a ‘better’ or ‘fixed’ Sword Art Online, and since I’ve never seen SAO, I don’t much care about that. However, I am very interested to see where this story will go, and how it may or may not sate my desires for more MMORPG related titles.