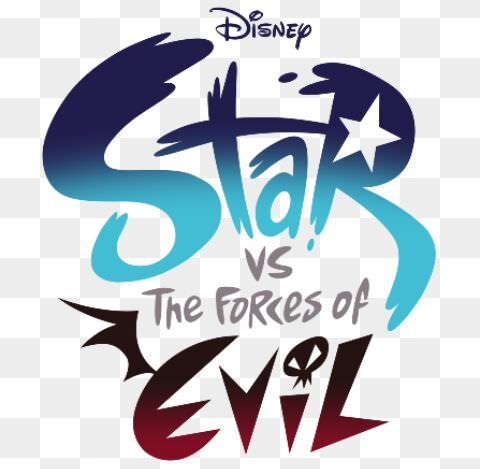 Plot: Princess Star Butterfly is sent to earth to hone her skills with her newly acquired magic wand. She’s more than happy to use her wand to her heart’s content, but she causes a lot of problems due to her lack of experience with it. On earth, she is sent to live with the Diaz family and becomes friends with Marco, a widely known ‘safe kid’ who wants nothing more than to be seen as a risk-taking bad boy. Ludo, the villain of the story, finds out she’s living unprotected on earth and prepares to take her down. Together with Marco, Star utilizes her new powers to fight off the forces of evil.

I have seen some of Star vs. The Forces of Evil in passing a few times, and I’ve definitely heard good things about it, but I’ve never started from scratch. The theme song snagged me in from the get go, and it’s just a fun ride all the way through after that.

I love the style of comedy. While it is loud and sometimes bordering on annoying, it never goes too far into irritating territory and hits the mark nearly every time. It has a great flow to it as well. Characters will just be talking or walking around and there will be jokes strewn about the scene – it’s great.

As a first episode, it does a great job at introducing the characters and making you connect with them instantly. From their very first lines, you know exactly the type of people Star, Marco and even Ludo are. Ludo kinda reminds me a bit of The Dark Lord Chuckles: The Silly Piggy from Dave the Barbarian, now that I think about it. Star is….a little too much in the energy department, but I think she’ll even out more as time goes on.

I absolutely love Marco, though. He’s not immediately made out to be an obvious love interest to Star (Though, there’s enough there for me to safely assume she at least becomes his crush later), and he’s not the reverse damsel in distress (A la Ron Stoppable) as he has fighting chops himself. It’s so refreshing to see these types of character pairings fight alongside each other for a change.

While we barely learn anything about Mewni, Star’s home dimension, outside of it being….another dimension….with magic, we do get a good grasp on the world they live in, the plot and their motives….after all, the show is called Star vs. the Forces of Evil.

I will say that the second episode (This show/episode is one of those ‘two episodes in one’ deals.) wasn’t as strong as the first mostly because it recycles a very overused plot. When you have a main character who has moved to the show’s location somewhat recently, you tend to get that ‘best friend from my old town and they turn out to be a dickweed, especially to the new best friend’ plot.

This time it’s with Flying Princess Pony Head. She is a flying princess pony head…..*cough* And she does not appreciate Marco even existing. What’s weird is that, unlike in a lot of other plots where the MC will accuse the new best friend of being jealous of the old, Star instantly believes Marco when he tells of how she’s been treating him, and she chooses to defend FPPH by just saying she’s rambunctious and possessive. Not sure if that’s better or worse.

Even though this is a VERY overused plot, they do enough with the writing to make it seem much less tired than it would otherwise. There are many funny moments, it ended one a sweet note and TIL you can apparently say ‘turd’ on Disney Channel.

The art and animation are growing on me very quickly. It’s very bright and active. In the stills, it looks great, but the actual animation took me a little getting used to. It has a problem with having the lines and colors of the bangs cover the eyes but still have the lines for the eyes come through. It’s not a major issue, but it’s a pet peeve of mine in animation. Otherwise, the art is very bright, stylish and appealing, and the animation is more fluid and real than a lot of ‘Flash’-ish shows of late.

The music is great, though maybe a bit too loud sometimes. That could be my headphones, but I don’t think so.

This is another show I’m very excited to continue. Here’s hoping it lives up to the hype all the way through.