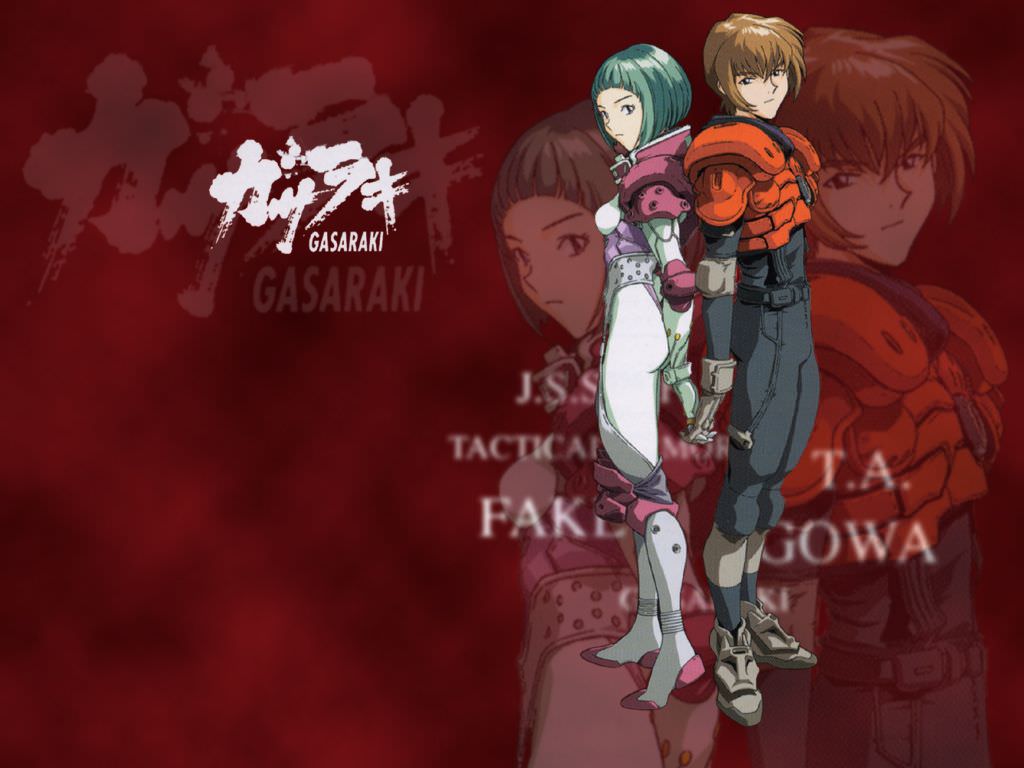 Breakdown: I’ve seen a lot of boring anime in my time.

And this is one of them.

I swear to God, if I wasn’t falling asleep while watching this, I was trying to understand what half the cast was talking about.

The first half of the episode has our main character, Yushiro, piloting a mech in a simulation. He infiltrates some building and is about do…something when they stop the simulation. This part of the episode is only there to tell us that Yushiro is special somehow because…his heart rate increases substantially when he’s on a mission?

The second half has Yushiro in somewhat of a Noh dance. It’s quite the jarring transition, actually. I was questioning whether the video spliced in a different show or something.

The dance takes up the entire second half, and we soon realize that he’s meant to use this dance to go into a trance and summon something called ‘The terror,’ which is about as bland as humanly possible.

A girl…in a…spiderweb cocoon? Contacts him psychically, tries to kill him, but fails. There are people manipulating the girl. He keeps summoning the terror then stops as they enter the final stage because the girl told him to do that.

And that’s it. That’s the episode. Just add about 150 lines of ‘science’ or ‘magic’ babble that is never explained and imagine I hired Ben Stein to recite all of that.

Holy hell, it is massively boring. Speaking on a first episode basis, it fails on practically every level. I don’t know anything about the world they’re living in, outside of it seemingly meant to be set in modern day Japan, I think.

I have no clue about any of the characters – not even Yushiro. There’s one ominous bad guy manipulating Yushiro. There’s another ominous bad guy manipulating the blue haired girl. They both look very similar outside of one wears glasses. The girl is…..I have no clue. I would say she’s nice, but she tried to psychically murder Yushiro for no given reason sooooo….

Yushiro’s the worst bland offender. Not only do we barely get two words out of the guy before the end of the episode, but his face is obscured through 98% of the runtime. He’s wearing either a half-mask or a full face mask for all of it. When he does talk, he’s only repeating what the blue haired girl said about not bringing back the terror and finally tells it to go back when it’s nearly summoned. He can’t even add a drop of emotion to that.

It’s supposed to be a big reveal when he finally takes off his mask. Like, ha! I have an identity! But his face is absolutely forgettable (It’s like when people saw Kakashi without his mask for the first time. Lots of buildup for “Oh, it’s normal”), and his actions after he takes it off are the polar opposite of anything epic. It’s not worth the psuedo-buildup at all.

Yushiro has a sister, whom we learn even less of, he was…taken from his home (?) and he’s special somehow. That’s all we know about him.

I feel like there might be something interesting here in terms of ideas, but the best I’ve heard about this show’s plot in reviews is – Kavik Ryx of Nihon Anime Reviews “However, to its credit, there are moments dealing with the SSDF and Japan’s economic crisis that are quite riveting. What is done with real world politics is absolutely uncanny, in a good way. There is something to be said when an anime’s highpoint revolves around the price of grain exports.” Oh boy, I can’t wait for that….grain…export….crescendo….

I’ve been told that the first episode is universally seen as a major weak point of the series because it leaves the audience with very little information and fails to grip the viewer in any way. Supposedly, you need to watch at least the first four episodes to get any sort of real grasp on the plot and characters, but, I’m sorry. You can’t give me dirty dishwater as an appetizer and expect me to order a four course meal.

Nearly every full review I’ve read of this anime tops out the rating as mediocre at best, and a lot of the praise seems to be going more towards the production values than the story or characters, so I don’t even feel compelled to make the trudge on the promise of something better.

I will say this, though. This was one of the most realistic uses of computers I’ve seen in a while. They move the windows, we get to see the cursor, they use menus and everything. They don’t just bash on their keyboards and have ten thousands things happening at once.

It also has pretty good art and fluid animation. The mechs are uninspired, and nothing strikes me as amazing, but it’s nice.

The music is also a positive. The ED in particular was gentle and calming…which is a tad problematic when you’re already falling asleep.

If you have a lot of patience, do like some have said and watch the first four episodes to see if it grips you. However, I can’t see myself returning to this. I need much more substance in a first episode to justify going through more boredom.