Skip to content
HomeThe Salty Anime Challenge Day 10: What is Something You Dislike About a Show You Love?

Alright, this one’s getting two rants because, admittedly, the first one isn’t the fault of the writers or anyone making the show – it’s just an unfortunate happenstance that a lot of shows suffer from.

One of my favorite anime is Fruits Basket. I think on many levels it’s damn near perfect. Nearly all of the characters are well-written and likable and even Akito is instantly hateable as an antagonist even if you don’t get to see or hear of his misdeeds in the anime nearly as much as the manga. Tohru is one of my favorite anime characters ever, and I wish I had her as a friend. I think everyone needs someone like Tohru in their life to cheer them on and always make them feel welcome or put a smile on their face.

The rather large cast bounced off of each other very well. Even Kyo and Yuki’s shtick, which you’d think would get really old really fast was always great to watch because we were either constantly learning more about their dynamic or they were being hilarious bickering like an old married couple.

The comedy is fantastic, the dramatic parts are very well done and I just wish I could live in this world with these characters.

However, the big issue I always had with the series, and this may seem petty, was the fact that we never got to meet all of the zodiac members. Two members were missing – Rin the horse and Kureno the rooster.

Even before I had read the manga, I felt robbed that we never completed the zodiac because you’re left with a deep feeling of nagging. You keep acknowledging that there are twelve members of the zodiac yet you neglect to include two. It’s like having a beautiful puzzle and nearly finishing it only to find that the box is missing two pieces.

I know they’re in the manga, but I want them in the anime. I realize that, had the series continued, we probably would’ve gotten to see Rin and Kureno, but it stopped short.

This is common in a lot of anime. A majority of anime run 26-ish or less episodes and simply can’t cover all of their manga source material, should they have it. Many shows don’t expect to get a second season, so they wrap everything up in one. Fruits Basket attempted to do this, but in the end we’re two zodiac members short and the curse is still strong. I don’t know if I’m just a weird form of completionist, but I’m actually saltier about the missing zodiacs than I am the curse still being around.

Who says the curse really needs to be lifted to complete a full story here anyway? It’d be nice to see that, but I’m not sure I’d say it’s necessary. Having Kyo’s character arc come full circle is enough for me.

I feel like it’s more necessary to meet the other two zodiac members, especially Rin considering how major of a role she takes in Hatsuharu’s life.

If I wanted to be a little saltier, I’d put some of the blame on the writers because, honestly, we could’ve lost a few episodes to bring these two in, but what can you do? Who knows? Maybe Fruits Basket will be the next anime they spontaneously continue out of nowhere. 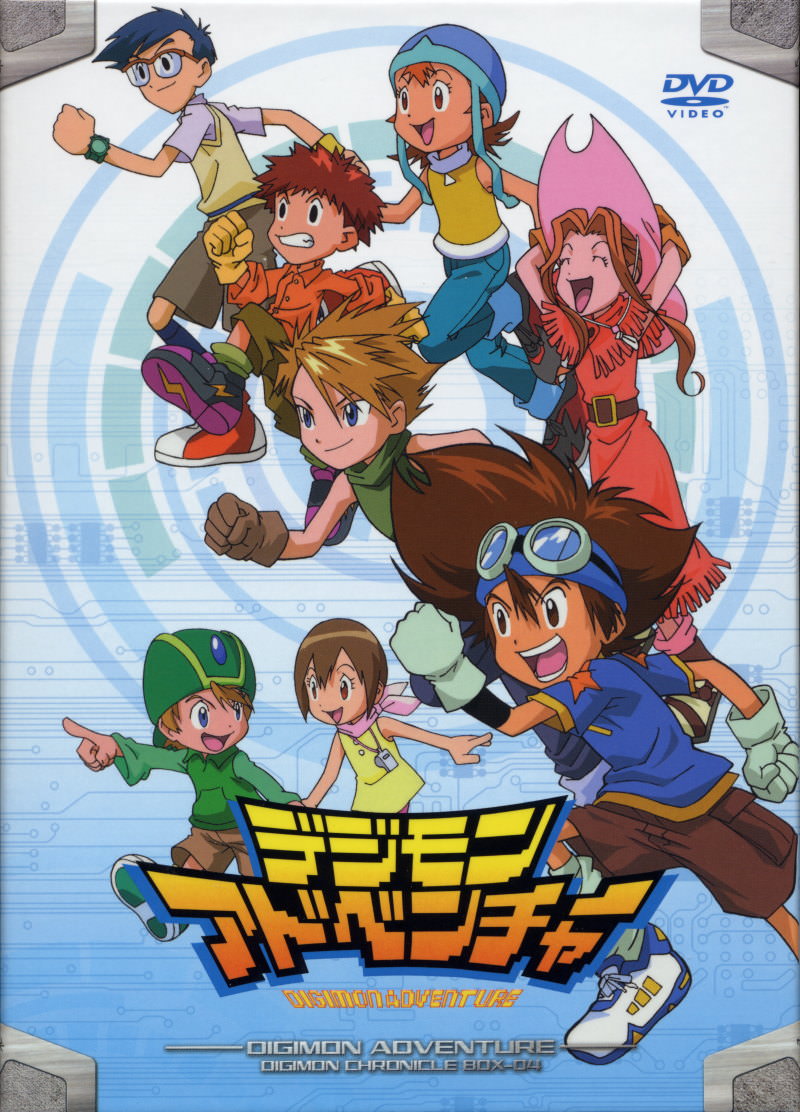 Second rant is definitely falling on the shoulders of the writers and could’ve been avoided. I love Digimon. It’s fun, well-written and has plenty of great characters and storylines. The relationships between the DigiDestined and their Digimon never ceases to warm my heart. I could watch this series a thousand times over.

However, taking the opportunity to compound yesterday’s entry, it suffers from ‘Main character gets all the best stuff’ syndrome. In this series, only Tai and Matt’s Digimon are able to Digivolve to Mega level – and I’ve always found that to be complete bullshit.

Not that the other Digimon become useless as we get late in the series…..but they get pretty damn close. It even takes Patamon until nearly the series finale before he reaches Ultimate. I don’t mind too much about that because MagnaAngemon’s debut was awesome and Maganangemon himself is amazing, but still.

It’s not so much that I feel the others are useless later on, it’s that I just feel robbed. There’s absolutely no reason why they couldn’t have had Mega debuts late in the series, especially considering that each DigiDestined gets one final focus episode after WarGreymon and MetalGarurumon debut. You can still have them be the strongest, if necessary, but I just wanted the others to get their time in the spotlight before it was over.

The others get even more shafted in the second OVA (second part of the movie) where most of them are friggin’ absent from all the action. TK, Patamon, Izzy and Tentomon get to do a little because they have to be there, but outside of Izzy saving the day because Izzy’s awesome, the other kids don’t even know anything’s going on. And Sora’s off in Love Interest Land pouting over Tai giving her a hair clip for her birthday. Come on.

And while I absolutely adore Omnimon and his debut was incredible, it’s yet another instance of the main characters getting something super awesome and special while the others are quite literally useless now (Besides Izzy). So now they’re the only ones in the gen 1 DigiDestined who not only have Mega forms, but they can also DNA Digivolve into Omnimon.

…..Oh…Hi elephant in the room.

You really want me to talk about this? It makes no sense, and I’m not even sure it’s canon.

Oh fine, whatever. In the third OVA/the final part of the movie, TK and Kari randomly and suddenly reveal that Angemon and Angewomon can Digivolve to Mega….with no problem whatsoever….even without crests…..and no one comments on this….also, their Digivolution unlocks Golden Armor DigiEggs….somehow…..and they knew that would happen….somehow.

Seraphimon and Magnadramon are amazing (more partial to Seraphimon)….but what the hell? Where did this come from? This little trick would’ve been real helpful….a bunch of times in the past and future, guys.

In Digimon Adventure Tri they finally allow the others to Digivolve to Mega, which I thank them for infinitely, but I still feel super robbed when I watch the original series. Again, give your secondaries some love.

Building on that, they have a similar issue in the second season. After everyone’s able to DNA Digivolve, Ken and Davis are able to go one step further and beyond with their Digimon while everyone else gets left behind. They seemingly make up for it by making the ending one of the biggest examples of sudden inclusion you could ever write, but it’s still apparent.

This isn’t really an issue in Tamers, but the most famous entry for this is Frontier. I didn’t get into Frontier nearly as much as the original three series, but Izumi, Junpei and Tomoki basically become decorations by the mid point. This friggin’ trope, man.

8 thoughts on “The Salty Anime Challenge Day 10: What is Something You Dislike About a Show You Love?”