The one anime that really comes to mind here is Kill La Kill. 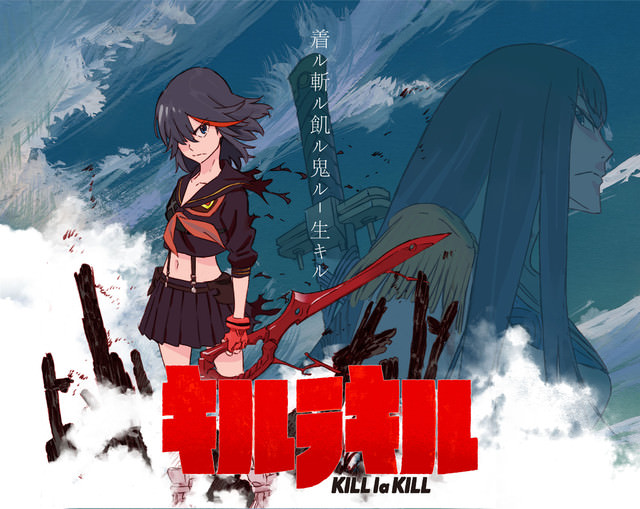 I hadn’t heard much of a bad word against Kill la Kill. I had many people suggest it to me, and they gave it very high praise for how crazy, funny and action-packed it was, but I just found it to be, overall, irritating. It’s a lazy plot coupled with a mostly uninteresting main lead and antagonist with one of the most overpowered and ridiculously designed battle outfits I’ve ever seen.

Outside of that, it’s pure noise. It is trying way too hard to be the ‘craziest anime ever’. It never takes a damn break from the gigantic blocks of red text being pelted at the screen every three minutes to the constant yelling to the somewhat ugly art and animation.

I’m no stranger to crazy loud anime, but they usually know when to pump the brakes. Kill La Kill is like running on a treadmill, setting a time to get off and then realizing you’re handcuffed to it. You think it’s alright at first, but eventually, it gets exhausting and miserable.

Let me be completely fair – I never completed this series. I never made it beyond the commercial break in episode two. I really don’t like doing that, but I had no interest in going further. Maybe it gets better. I don’t know. But I didn’t feel like I was enjoying it enough to give it more of my time.