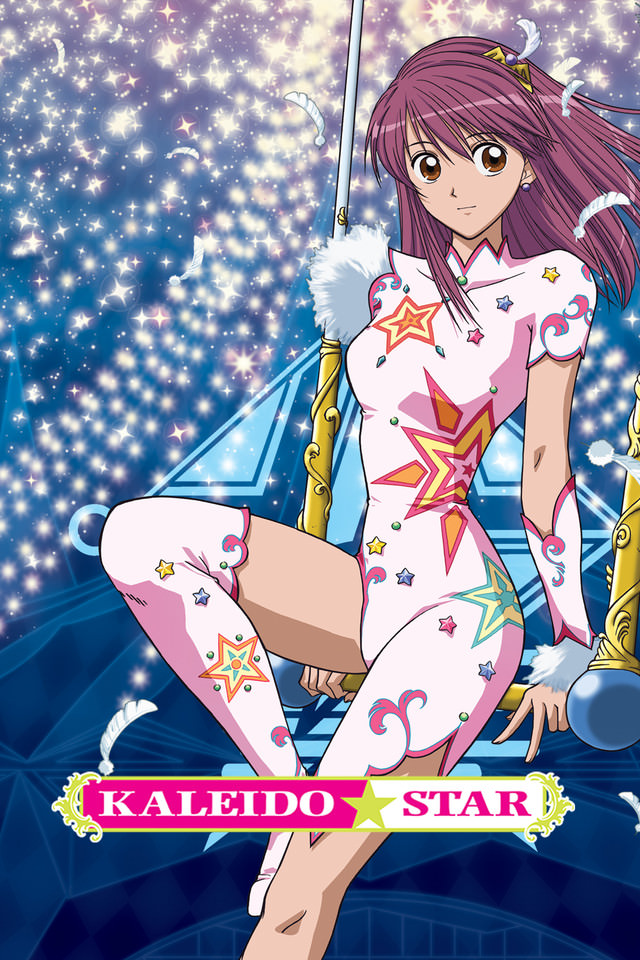 Plot: Sora has wanted nothing more than to be an acrobat in the American stage show, Kaleido Stage, since she was a little girl. She finally gets her shot to audition, but extenuating circumstances make her late. Just when she thinks she’s lost her chance, she’s asked to take the place of a performer who got hurt right before show time. Will she impress the staff enough to earn a spot in the troupe, or will she fall on her face in more ways than one?

Breakdown: When I first read about Kaleido Star, I wasn’t all that intrigued. The description of it being a ‘magical girl anime without the magic’ didn’t help. But still landed on my watch list and it didn’t look bad, so how did its debut fare?

Very well. I really like Sora as a character, even if there’s not too much to make her stand out right now. She’s very optimistic and determined, though obviously has her faltering moments of lacking self-confidence and cracking composure when faced with criticism. Ken, a stagehand, is a sweetheart and even Mr. Policeman was nice. Layla, one of their main stars, set out to be a bitch and a bitch she is. The other people in the troupe are also bitches because theater.

This episode was entertaining enough through the first and second acts, but it really won me over during the performance. When that little girl cheered on ‘the rabbit’ I had to pause to ‘aw’ several times and I usually don’t do that, especially when it comes to kids.

Is it blowing my mind? No. But it has plenty of promise to be a heart-warming story of adventure, hard work and the pursuit of dreams.

Maybe Shoujo step-by-step? Not sure.

Recommended Audience: So far, E for everyone.