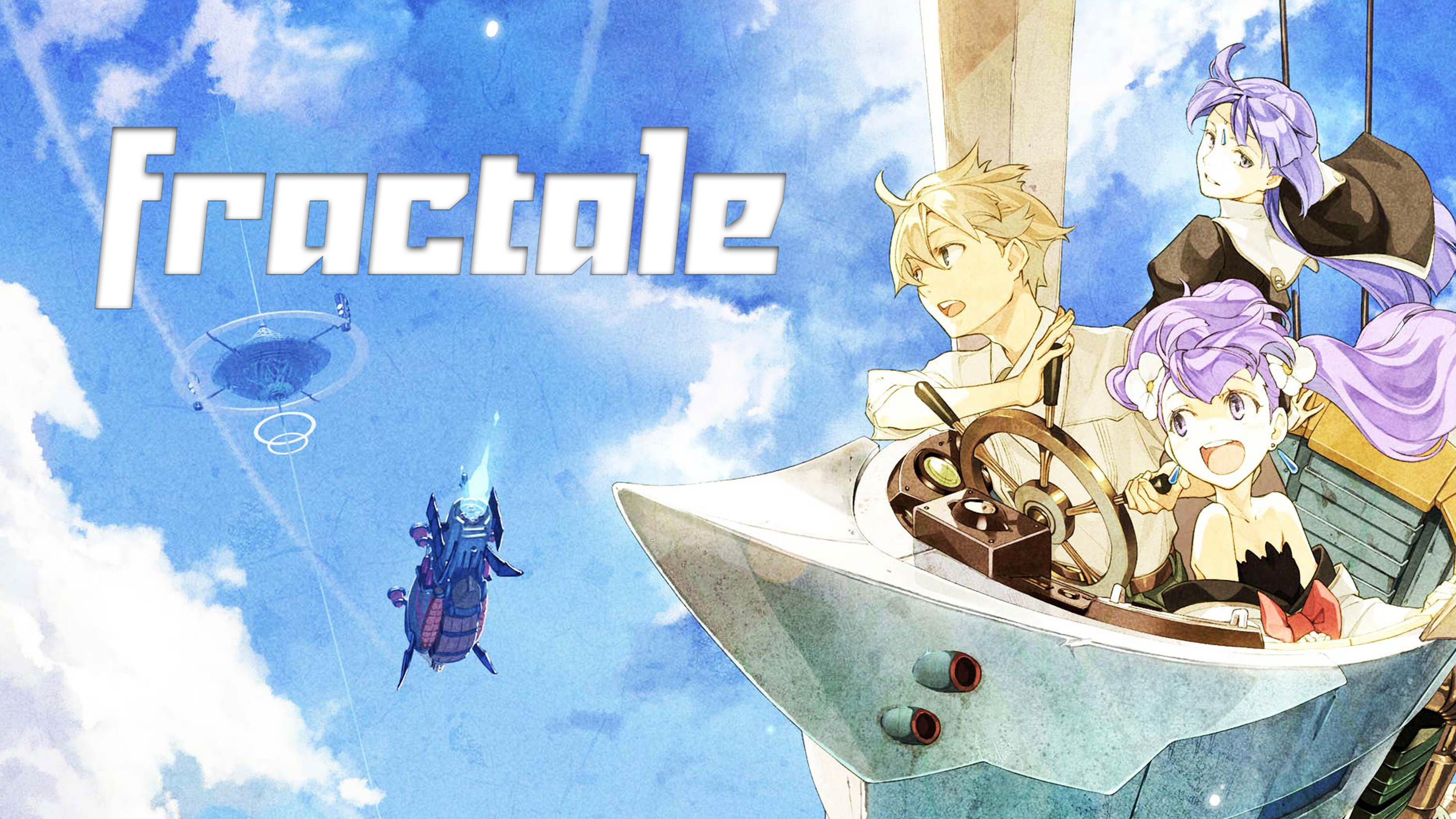 Plot: The world of Fractale makes everything run so smoothly that life seems nearly perfect for everyone. Many people choose to be in two places at once using doppels, which are holographic robots taking the form of the user’s chosen avatar.

Clain is a tech buff who lives with his two parents, almost always taking the form of their doppels. One day, he spots a girl being chased through the air by a blimp and watches her fall to the cliffside in an effort to escape. Clain climbs down to save the girl, named Phryne, and they start to develop a friendship. She suddenly disappears, leaving only her pin behind. Clain discovers that the pin has some old data embedded into it and is shocked when a doppel named Nessa emerges from it.

Breakdown: I will admit two things about this series. The backgrounds are beautiful, and the premise is interesting. Taking the old 1800’s style setting and combining that with a world made of robots and holograms is pretty intriguing, but as a first episode, this is cut, dry and boring.

First of all, we don’t even learn the names of our main characters until the very end of the episode, and Phryne’s is tossed into a throwaway mention. We establish that Clain is a tech junkie and Phryne is an awkward weirdo who is obviously hiding something, which is good, but I don’t feel the connection.

Second, it has a pretty tired story structure. Ordinary boy living an ordinary life has his world turned upside down when he spots a girl running away from some bad guys and rushes in to save her. He does, they spend some time together, the time involves that ever so familiar awkward sexual tension and psuedo-fanservice, and there’s some big twist at the end that starts a continuous search for a macguffin. Combine that with boring unsalted cracker characters and you’ve got something that can’t hold my interest.

I will admit, I was starting to get entertained by the ‘bad guys’ who were chasing Phryne – Enri (whose name isn’t spoken this episode) and her goons (who are her brothers?). Their shtick at the door was funny for a minute but went on for too long, and you quickly shift from thinking they’re funny to finding them insanely annoying. If these guys are the antagonists, then I see no tension in the future.

Nessa, despite only having one line, was equally annoying.

The character art is mostly forgettable, and I’ve heard from other reviews that the art in contrast to the manga art is some of the worst adaptation work ever. I’ve seen worse, honestly, but looking at the side-by-side comparisons, they are starkly different. The THEM review noted that the hair colors of Phryne and Nessa is a component to a very important plot thread later, so changing it screws up the story. I don’t know how true that is, but it’s worth noting.

The music, outside of the song Phryne sings, which I like a lot, is nice, but it, for lack of a better term, blends in with the background. It’s like one of those songs you listen to in order to relax, but once it’s over you’d be damned trying to hum it back to someone.

The voice acting is a mixed bag. I liked Clain (Brina Palencia) and Phryne (Caitlyn Glass) but Nessa and Enri grate on the ears immensely, which is a shame, because I usually like Luci Christian and Monica Rial respectively.

I was less than impressed by the starter episode and no review I’ve read gives me any reason to move on beyond this point.