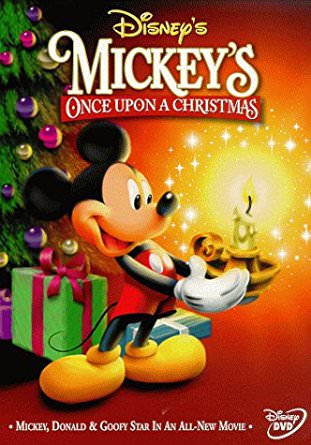 Breakdown: Despite the fact that this used to play all the time on Disney Channel, I’ll admit, I never watched it. Why? I have no clue. But who am I to neglect giving it a looksee when it pops up on my watch list?

The first short is a Donald Duck short called Stuck on Christmas. 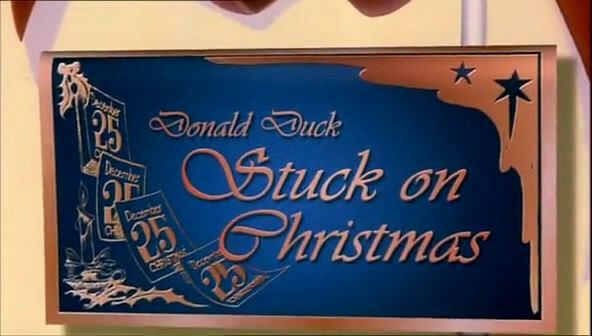 Huey, Dewey and Louie have a great Christmas, though they seem utterly unappreciative and selfish throughout the whole day. Not enough to ruin Christmas for everyone else, including Daisy, Gertie and Scrooge, but still enough to show that they’re more focused on the presents and food than the true meaning of Christmas.

They wish on a star for Christmas to last every day, and lo and behold their wish comes true. Christmas, as in a Groundhog’s Day-esque recreation of that exact Christmas, continues over and over and over. They get their same gifts, they ride their same sleds and eat the same turkey dinner day after day. They enjoy it for a while, but quickly grow miserable of doing the same thing every day. Bored, the boys decide that the next Christmas will be spiced up a bit by abusing the knowledge they have of the exact events that will happen.

They freeze Chip and Dale, ruining their morning fun with their train, purposely knock Donald, who is carrying a tray of breakfast items, down with their gifted toys, protect themselves from Gertie’s kisses with wet suits, replace the Christmas turkey with a live one who runs through the house destroying everything, including the piano, preventing Scrooge from enjoying his Christmas carols, and the tree even falls over on Donald.

As the boys are about to sled off and avoid the rage of Donald, they stop in their tracks when they realize he’s not mad – he’s incredibly sad that their Christmas has been ruined. Donald’s card to them, which they just discard every time they grab their sleds, has been focused on, but not read, throughout each day so far. They finally read it on this Christmas, showing that Donald and Daisy wrote a heartfelt message to them about the true meaning of Christmas not being toys or even decorations, but about caring and touching each other’s hearts. They slink off to bed and promise to make the next Christmas the best one ever.

They stay true to this promise and indeed do everything in their power to make the next Christmas great for everyone. They even chop up their sleds and make it into Donald’s dreamboat/sled. Though this is a bit ruined at the very end when the sled doesn’t hold up on its first run and Donald ends up crashing.

I liked this short, but it’s insanely predictable. Not to mention, I don’t know which came first, but I’ve already seen a Christmas special about wishing for Christmas everyday – and, honestly, I think that special did it better.

It was the Christmas special for Fairly Odd Parents. Timmy wishes for Christmas every day and his fairies, Cosmo and Wanda, have to grant it for him. The difference here is that everyone is cognizant of it being Christmas every day. They all get beyond sick of it, but can’t stop it for some reason. The rest of the plot really can’t be compared because it involves Santa and draining his power – I might give it a real review this month.

The only thing I didn’t really predict was that Huey, Dewey and Louie would actually aim to destroy Christmas for everyone. You could argue that they were just goofing around, but no. Donald makes a nice breakfast for all of them and they purposely knock him over to make him spill it all over himself. They open their gifts early over and over even though they know what they are and know Donald will keep getting mad at them for doing it. They disrespect Gertie with the wet suits, and completely destroy the house by letting a wild turkey loose.

The only thing I can say they didn’t do was knock over the tree. That just kinda fell on its own and they didn’t care. I get that they had to reach a new low to reach the high point, but that segment really just made me think these three are some of the worst brats ever.

All in all, it had its entertaining spots, but it’s predictable, and some moments kinda ruin the feel and even make me a little mad.

The second short is A Very Goofy Christmas. 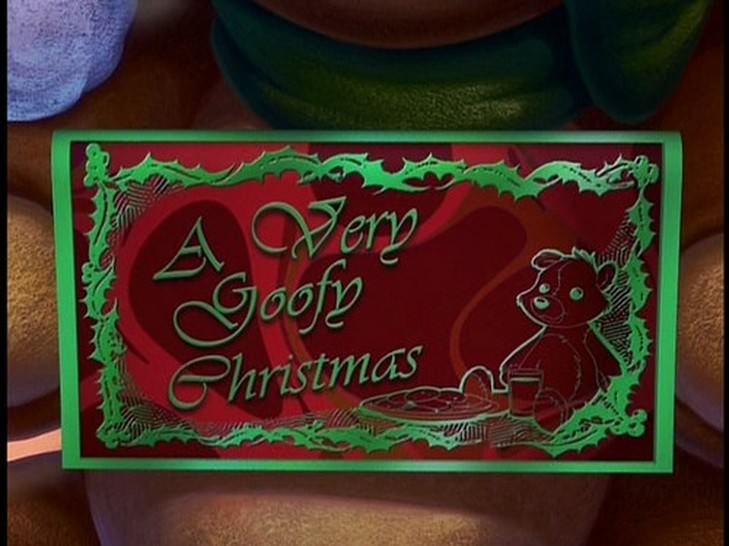 This segment was a little awkward due to so much slapstick (I know that’s Goofy’s forte, but even for him it was forced here) and the awkwardness of seeing someone try desperately to prove that Santa exists when another character is presenting all of the logical evidence that such a thing is impossible. However, the ending more than makes up for it, and the premise is more original than you’d be lead to believe.

Max and Goofy are excited for Santa’s arrival, but Pete, being Pete, has to be an ass and laugh at both Goofy and Max for believing in Santa. He even straight up tells Max to his face that several aspects of him just make no sense. Max has a crisis of holiday faith and gets both depressed and frustrated that Santa doesn’t really exist. Max’s reaction in this situation is extremely realistic. He flip flops a bit between believing and not, and you can really see that he genuinely wants to believe, but everything he’s seeing and hearing is telling him otherwise.

Goofy’s belief in Santa never wavers, and he tries desperately to get Max to keep up the faith. Goofy is being such a sweetheart and wonderful father here. He cooks a huge dinner for his less fortunate neighbors and even dresses up like Santa for their kids. I was a bit unsure about this short until my heart melted when Goofy shoveled the words ‘Don’t forget Max’ in the snow.

The original aspect I was talking about was Goofy’s belief in Santa. Parents trying to keep their kids believing in Santa is nothing new, but the parents legitimately believing in Santa is an oddity. It’s especially impacting when Goofy’s faith finally falters and Max does his best to cheer him up.

Of course, Santa is real and brings Max the snowboard he wanted. When Max asks why Goofy didn’t get anything, he says he asks for the same thing every year and gets it every year – Max’s happiness. And then I got a mop because my heart exploded.

Pete even gets his comeuppance by learning Santa does exist and having Santa take all the snow from Goofy’s yard and plopping it into his (After he snowblowed his snow into their yard earlier). No gift for assholes who ruin Santa for children – and this is coming from someone who never believed in him.

Our final short is Gift of the Magi, a Mickey and Minnie short, and it’s the weakest of the bunch. 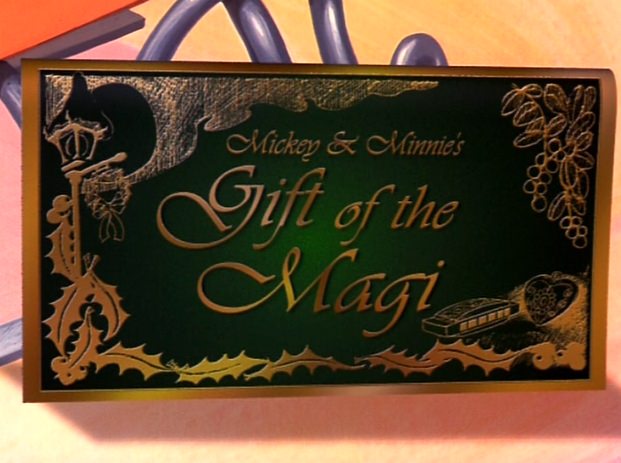 It’s insanely predictable from start to finish. They’re focusing on a trope that is so overused, I’ve already watched a Christmas special that parodied this trope for this year’s AVAHS. In Futurama’s Xmas Story, Zoidberg buys a pair of combs for Amy’s hair, but she said she sold it to buy combs for Hermes. In turn, Hermes said he sold his hair to buy combs for Zoidberg, who reveals he bought both of their hair and now has a luxurious head of hair to comb.

By the way, am I not up to date on Disney characters or something? When did Mickey and Minnie get so destitute? They live in a crappy house, wear patched up clothes and they keep their money in a sack.

Also, Pete is again hateable by trying to force an expensive ten foot tree on a clearly poor family by making the parents feel like garbage if they don’t. At least he still gets comeuppance.

Mickey’s being a sweetheart, like Goofy. He plays a harmonica concert for a charity toy drive and nearly misses getting to the store before closing because of it.

As a whole, this movie definitely has its ups and downs, but it’s a nice film to watch around the holidays. The Goofy special is definitely the best with Donald’s short coming in second and Mickey’s in last purely because at least Donald’s short had its funny moments and Goofy had its heartwarming moments.

This movie had a sequel aptly named Mickey’s Twice Upon a Christmas. I shall get to that before the season’s over.