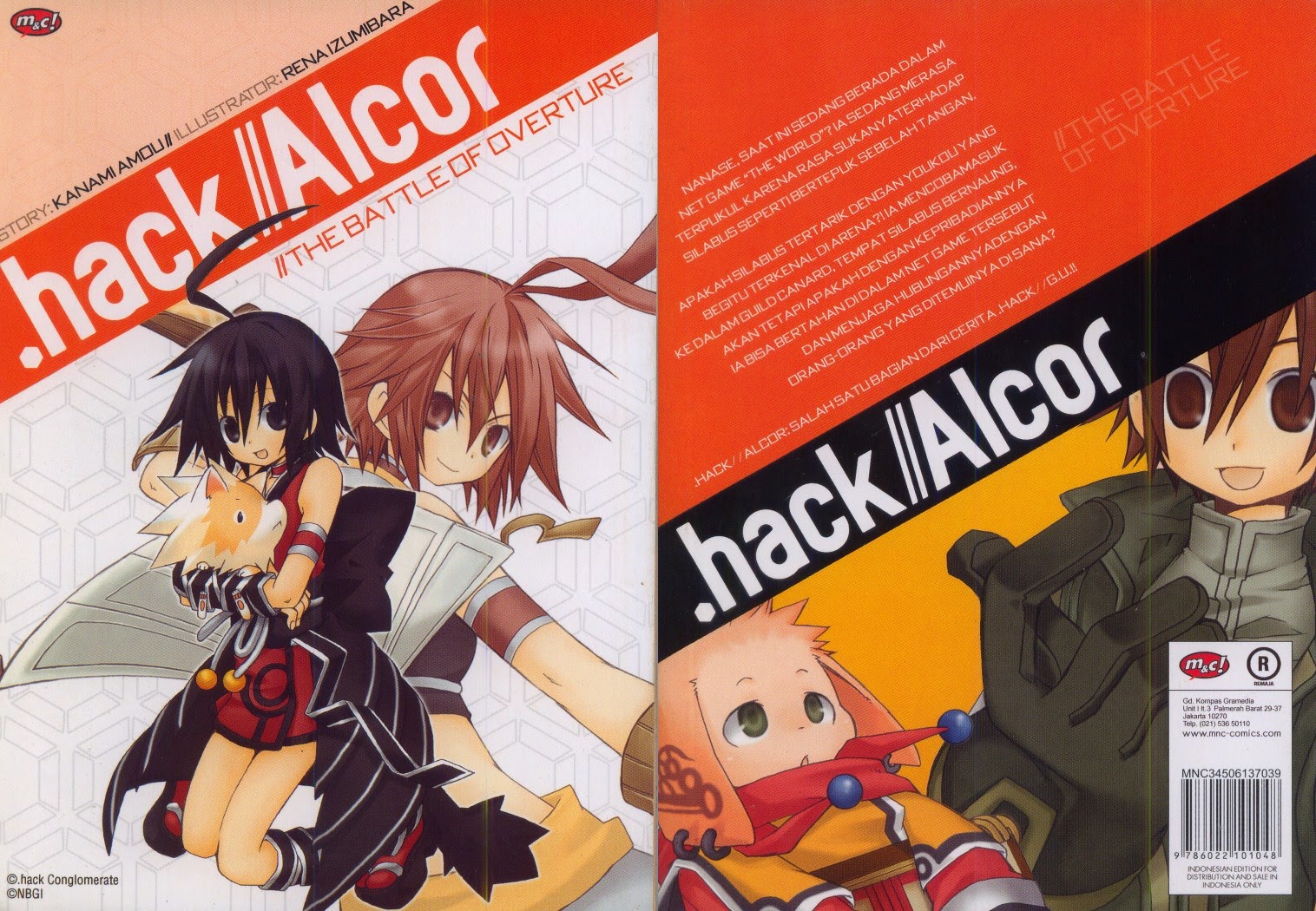 Plot: A twin blade named Nanase is a new member of the newbie-assisting guild, Canard. She joined to get closer to Canard’s guild leader, Silabus, but ends up being overshadowed by the powerful Alkaid.

In an effort to win Silabus’ attention, Nanase sets out to be stronger than Alkaid. A PK named Bordeaux knows Nanase and has a grudge against her, so she targets Silabus to break up their friendship. Nanase has to work through her own shortcomings and lack of self-confidence to become strong in her own right.

Breakdown: I really didn’t think much of this manga for the first few chapters. While this character is technically someone canon in the games (though this PC is not) she’s completely new to the series, and the starting chapters with her simply aren’t very interesting.

She has a crush on Silabus and is very jealous of Alkaid. Since Alkaid is so powerful, Silabus frequently admires her abilities and talks to and about her often. However, this does not mean that he ignores Nanase. He includes her in things all the time and never forgets that she’s with them, but she still feels ignored because of Alkaid.

Nanase herself isn’t powerful at all. In fact, I don’t know her level, but she really doesn’t look like she even knows what she’s doing. Which just makes it even more confusing that she was a member of Kestral. Frickin’ Kestral. She doesn’t look like she could or would PK a fly, yet basically the biggest PK crew in The World: R2 recruited her? Was it a quota thing?

I did eventually start liking this manga because it addresses her situation in a way that isn’t very preachy. You’d think she’d try and again to beat Alkaid and eventually best her at something, but it doesn’t win Silabus’ attention and may even push him away, she learns to not be jealous, hugs, the end.

But nope. She complains about not getting praised, Alkaid asks her what she’s done to be praised for, and with no answer Nanase pretty much has to figure out her own brand of strength. There are hardships to overcome, mistakes made, and she has to surmount them and find her own path without blaming Alkaid for everything.

In that respect I liked how the story went once I got into it, but the storytelling itself feels a little disjointed as I had a hard time figuring out where we were in the story.

This manga also does something a little different from many incarnations of the Dot Hack franchise and that’s focusing a little more on player behind the character.

A lot of times in Dot Hack games, manga and shows, the focus is 99.9% on the game with only mentions of what’s happening in the real world, mostly someone falling into a coma and CC Corp being weasels. This manga, while not stressing the real world aspect too much, does incorporate it throughout the story, which I found to be a welcome change of pace and a slight fix to a problem that is present in the other shows, games and manga.

Without much focus on the real world counterparts of the characters, it’s hard to really care that much that they’re in comas or are having other bad things happening to them. Sure, you grow to like or even love the characters, but considering that the players behind the characters, like in real life games, are sometimes drastically different from their players, it creates a disconnection.

For example, Sora in .Hack//Sign, a complete ruthless asshole of a character, is actually a ten year old boy in real life. You feel a little strange directing your malice towards him when you realize that.

Then again, it’s also weird when people make characters who look a lot like their real selves. I get both situations – drastically different for a more immersive role playing experience, closer for a more personal one – but it’s a little weird seeing it as a third-party.

I actually believe that Nanase and Yuasa looks just enough alike to create a connection between the two without feeling odd. However, this is ruined again when Yuasa becomes Sophora, but here Sophora only appears once or twice.

The dynamic between Nanase, Silabus and Alkaid feels very real, and I’m glad they didn’t go too far into drama territory to mess that up. There is a situation in which the sanctity of the group is called into question, and it does present a realistic problem where their ability to truly trust someone is tested.

Nanase, while being a little immature and mopey is likable enough, at least beyond chapter one. She’s meant to be a little annoying to begin with so we can see her own personal growth and discovery of her actual strength. However, this is muddled a little bit considering she’s Sophora….I really can’t grasp that.

Silabus is as nice, helpful and friendly as ever. He’s always been one of my favorite R:2 characters. Despite still being clueless with girls, he’s just as friendly with Nanase as he is with Alkaid and really anyone else. He treasures his friendship with Nanase and always avoids thinking the worst of people, even if that gets him into serious trouble.

Alkaid is still likable, though slightly abrasive sometimes. I wouldn’t say she’s a mentor to Nanase, nor would I even say she’s established as a hurdle to jump, but she and Nanase hold a good relationship when Nanase’s jealousy isn’t getting in the way. Alkaid is not as trusting as Silabus in the least, but she’s not afraid to admit when she’s wrong, and despite losing to Endrance time and again she keeps on truckin’.

The art here is chibi-fied a little bit. I’d say it’s mid-chibi. Not small enough or cartoony enough to warrant calling it chibi, but still seems like the characters are shorter and more cartoony than the average art of this franchise. I liked the art, though nothing particularly blew me away.

Bottom Line: Alcor is slightly confusing in its place in the franchise as a whole, especially since Nanase and her connection to the group is all but forgotten in the games. Sophora never talks about her Nanase days, never states that she used to be someone named Nanase, and she never contacts Alkaid or Silabus or anyone else that she used to play with as Nanase. The connection with Sophora still confuses me a bit as I just don’t feel the connection between the three.

However, on its own it’s a fine addition to the Dot Hack world and actually does some things better than this franchise usually does. It even adds more aspects of MMORPG activities. Not as much as Dusk/Legend of the Twilight Bracelet, but still adds to the ambiance.

It’s a good story of a seemingly weak and shy person finding her confidence and strength both in-game and in real life, and, while I may not feel much for the final ending, I feel the ending of Nanase as a character was a good one.

It’s a short, nice story that anyone, even people who aren’t fans of Dot Hack would enjoy. Non-fans might be a little thrown by certain cameos like Pi and Kuhn, though. They don’t even explain Kestral or Endrance very well. Not explaining Kestral well is especially baffling. They keep saying ‘Oh she was a member of Kestral’ and it’s obviously a bad thing yet you’d never know why if you didn’t know the second gen games or .Hack//Roots.

Recommended Audience: Nothing really questionable. We don’t even get any comas or heavy tones outside of some in-game drama. E for everyone!