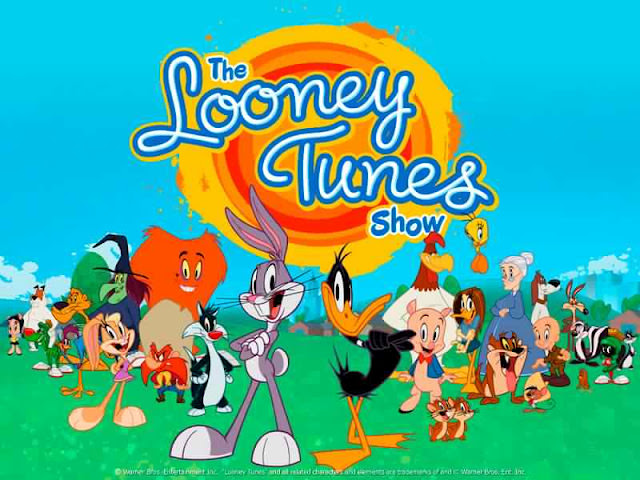 Plot: Bugs and Daffy are roommates living a generally normal life in the suburbs. Daffy desperately wants to win something for once, so he signs him and Bugs up for a show called Besties, where best friends test their knowledge of each other.

Breakdown: Who doesn’t love Looney Tunes? Bugs, Daffy and the rest of the Looney Tunes are some of the most world-renowned, beloved and funny characters we’ve come to know in past decades. They’ve had some amazingly funny and memorable adventures, catchphrases, animation, voice acting, and they continue to live on in various forms to this day.

That’s not to say Looney Tunes hasn’t had its hiccups when it comes to the quality of their shows and movies. Space Jam, Loonatics Unleashed and Baby Looney Tunes come to mind in that regard.

The Looney Tunes Show definitely caused some conflict when it was first released. A good chunk of people liked the change of scenery and style and even some of the character traits. I definitely remember people arguing back and forth about whether Lola’s reimagining was for the better or worse.

Warning – Rambling that doesn’t have much to do with the episode at hand. Skip down to the blue mark to reenter episode discussion.

While Lola doesn’t show up in this episode, I do know what her character was turned into through clips and Wiki research. Lola was not an original character in the short films we know and love. She was specifically made for the half-live-action half-cartoon movie, Space Jam, in order to increase the female demographic.

Even back then, Lola’s character was a source of debate because, while some people saw her as a welcome female addition to the Looney Tunes crew, one with an attitude and knew how to play basketball no less, many others saw her as furry bait. She is obviously designed to be as sexually alluring as possible, in both design and her behavior, to all of the other male characters – yes, including the live-action humans – and she even has bunny boobs. She was also seemingly created just to give Bugs a love interest for the movie. She is even knocked into the cliché ‘damsel in distress’ role to give Bugs the even more cliché self-sacrifice scene so they can fall in love.

My opinion? I found Lola entertaining as a kid, but nowadays I just find her character to be a little insulting. If her character is meant to be made for the female viewers on both the basis of being a female character and giving her an attitude of female empowerment, they didn’t do a good job to me. She is eye candy to the core (which is creepy. I mean, give Jessica Rabbit a pass, she’s at least designed as a human.), the fact that she’s described as ‘tomboyish’ is nearly laughable, and making her shut down anyone who calls her ‘doll’ is not enough to warrant that sense of empowerment to me (who even says that anymore?), especially when the cliché gender stereotype roles are still handed to her.

In the Looney Tunes Show, Lola is completely changed from sexpot to ditzy Bugs-obsessed talk-a-mile-a-minute idiot. And, surprise, that is in no way better.

I had caught this show a bit on TV a few times when it was airing and….I was never impressed enough to watch more than about five minutes. It was just….not funny. Which, for Looney Tunes, is a damn crime.

But I’m a reasonable person and part of this series is giving shows at least a shot to prove their worth. Maybe even prove my passing glances wrong and give me something to binge watch.

And they blew it.

Let me be fair off the bat here. I technically only watched half the episode because this is one of those shows that cuts the episode in half to create two separate stories. I just didn’t watch the second one because I was nearly offended with how not funny or interesting this one was.

First of all, while we’re on the subject of character changes, what the hell happened to Daffy? I know very well that Daffy is not the brightest marker in the Crayola factory, but he is ungodly dumb in this episode. Like Patrick from Spongebob should tutor him kind of dumb. It’s a good thing he doesn’t wear clothes, because I don’t think he’d be able to master the ability to dress himself levels of dumb.

It was actually annoying how dumb he was.

Now, onto B–…..What’s that you say? Why did I randomly put a stock picture of Speedy Gonzales up?

Well, because the show basically did the same thing. Speedy comes out of nowhere, being stuck to Daffy’s hand vac as he tries to grab ahold of some food that rolled under the fridge (you may go ‘ew’ now) They basically point out that he’s there….and he leaves, never to be seen again the whole episode.

I wasn’t aware that Speedy was the kind of character that warranted a random splash cameo for the sake of fanservice. In fact, weren’t they trying to get rid of him at a point because they thought he was offensive to Mexicans?

Anyhoo, Bugs is left relatively alone, but he’s lost his spunk. He’s way too much on the side of laid-back sarcasm dispenser with none of the pep and energy his character is known to have.

The plot is what really riled me up. I was angry the instant the plot established itself. This is so unbelievable cliché I want to cry. They’ve been doing this stupid ‘game show where the characters have to know facts about another character’ plot line since The Newlywed Game came out. I’m surprised this isn’t a listed TV trope by now. They even name the host Chuck Berost…..which….I think is meant to be a joke, given that the original host of The Newlywed Game was Chuck Barris…..but I don’t get it….Berost…Barris….???

Not only is this a ridiculously cliché plot line to start from, but it’s also incredibly predictable, especially given Daffy’s idiocy. He’s so stupid, he even ruins Bugs’ correct answers because Daffy has an answer that sounds ‘cooler’. It’s obvious Bugs will have an idea that will get them through a good chunk of the game, but then Daffy will screw it up at the very end because he’s sans brain and they’ll lose. And look, that’s what happened.

The only joke that worked for me even a little in this episode was where they’re doing a ‘parody’ of Superman’s origins. Don’t ask me why they’re doing this. It doesn’t matter. Bugs is acting as baby Kal el and his ‘father’ Jor el says he’ll say “What’s up doc?” indiscriminately, whether there’s a doctor present or not. Yup. And outside of the piece of kryptonite being a crystal carrot, that is the ONLY joke in that whole parody and the only only joke that really works for me during this whole episode. A joke that isn’t even all that funny…..a joke they ruin by having Daffy bring it up at the end of the episode.

See, the question Daffy screws up is ‘What is Bugs’ catchphrase?’ and he gets it wrong. When he learns what it really is, he says ‘We don’t even know any doctors!’

The last thing I have to address is the art style, which I’m….mostly okay with. Everyone’s character designs are mostly left alone, but the heads are obviously bigger and the colors are more saturated.

The animation is pretty good, though I do see various animation errors here and there. It’s smooth, but sometimes slides into ‘someone’s screwing with Flash again’ territory. Also, the animation doesn’t seem to have that elasticity that Looney Tunes is known for.

I will give them props for somewhat keeping the original theme, but this one’s a bit too heavy on the brass for me, which is surprising because the original is nearly entirely brass. It’s just that they add in a lot of jazzy trumpet interludes that are way too loud and intrusive to me.

Nothing clicks in this show for me. The writing, the characters, nothing. I feel like, if the Looney Tunes name wasn’t on this show, it wouldn’t last more than a few episodes….and hell, this show only lasted two seasons with the branding on it. The Looney Tunes Show is just not looney.